How to Set a Charge by Superheat 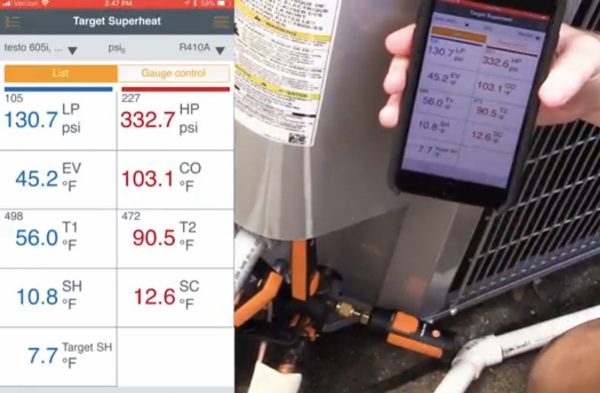 So many techs are OBSESSED with how to set a charge rather than understanding all of the readings, specs, and system conditions that go into optimum system performance.

Before “setting the charge,” I suggest (nay, I REQUIRE) that you do a full visual inspection of the system, have an understanding of the initial factory charge and as-installed line length, and measure all of the “5 Pillars“ continuously.

Charging or “setting the charge” is all about getting the right amount of refrigerant in the system, not about adjusting the charge to try to make up for some other system or installation issue (as is commonly the case). If there is another issue, you want to fix it at the source before charging (“nip it in the bud,” as Barney Fife says).

Once you check all of those things and verify airflow (when possible/practical), then it's time to “set the charge.” Sometimes, you do that by superheat, most specifically on fixed metering device systems in the cooling mode.

Superheat is almost always a valid reading to take, but that doesn't always make it a primary charging indicator. With a TXV or EEV metering device, the superheat is controlled by the metering device itself, so you can't use superheat as the method to know when you have the proper amount of refrigerant in the system.

I know what many of you are thinking already:

I Just Want the Answer to How to Set Superheat!!!

But trust me, that isn't ALL you want or need to know. You need to know WHEN to set the charge by superheat and what it means before I tell you HOW to do it.

Join me down this wormhole, will you?

What does Superheat Tell Us?

Superheat is heat measured in degrees of temperature. It's the degrees a vapor refrigerant GAINS above the boiling or saturation temperature (dew point in a blend). For a fluid (in this case, refrigerant) to be superheated, it must be completely changed to vapor.

The compressor is only designed to compress vapor refrigerant, so the first role of measuring superheat is to be certain that we HAVE superheated vapor going into the compressor rather than refrigerant in the saturated (part liquid) state.

Both high and zero superheat readings are very bad for the compressor, so we need to make sure we get it within the design range. 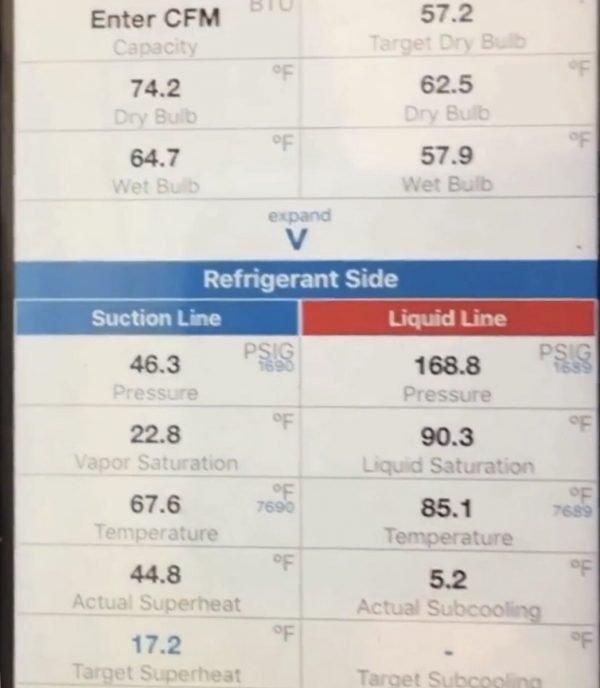 How to Calculate Superheat?

Forgive how basic this is, but we need to be clear on how to measure superheat before we can decide what it should be.

In order for this process to work at all, you need:

There are actually three different types of superheat measurement that all serve different purposes. They all use the method listed above, but they are measured at different points.

Advantage – Evaporator superheat tells us how well the evaporator is being fed, which translates more accurately into the evaporator, TXV, and EEV performance

Disadvantage – Evaporator superheat does not tell us the state or temperature of the refrigerant before it enters the compressor. It also can't be measured perfectly without the presence of a suction pressure port at the evaporator outlet, which many split A/C systems do not have.

We most often measure superheat outside at the condensing unit before the compressor. This is more useful when setting the charge via superheat because we are more carefully controlling the superheat for long compressor life and because it is the easiest point to set it accurately.

Advantage – Compressor or Total superheat tells us the state and temperature of the refrigerant entering the compressor, which helps us optimize for compressor longevity.

Disadvantage – The superheat at the coil may be different (generally lower) and may not be optimized for efficiency.

Discharge superheat isn't used very often, but it is taken by comparing the temperature of the discharge line leaving the compressor to the suction saturation. It tells us the amount of heat gained not only in the suction line and evaporator but also through the compressor. This measurement can be useful in checking compressor performance.

When do I charge with superheat?

In air conditioning, you will be charging using superheat as the primary charging indicator when the metering device is a fixed or “piston” type.

No! Not THAT kind of piston

A piston is just a little piece of brass with a hole through it that can “seat” or “unseat” depending on the direction of refrigerant flow. It is called a piston because it can slide back and forth (in most cases) in this seated vs. unseated fashion. 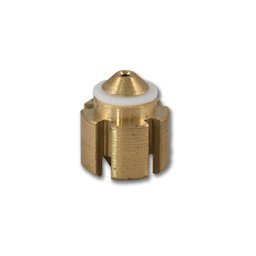 Most manufacturers will have you charge a piston system in cooling mode using a chart or calculator where you first find the TARGET SUPERHEAT. To use the chart, you will usually need:

You will plug these into the chart or calculator, and you will get a target superheat generally somewhere between 5 and 25 degrees.

Before you begin making charge adjustments!!!

Now, all you do is compare your measured superheat to the target (after you do all the other things I told you at the beginning).

Add refrigerant slowly and carefully. Blended refrigerants need to be charged as a liquid (tank upside down in most cases), so you need to take your time and throttle the refrigerant in to make sure no liquid is making it to the compressor.

Pause for several minutes periodically as you charge or recover to ensure you don't overshoot and monitor all of your other system readings as you go.

There are many apps that make this easy that you can download on iPhone or Android. They will help keep you from making mistakes.

Here are two videos showing the whole process using Fieldpiece and Testo probes. You will want to watch the first one; it's really good. And while you are at it, can you please subscribe to the Trutech and HVAC School youtube channels?

Remember, target superheat is a MOVING target. As the indoor load and outdoor temps change, the target will also change.

For you to get it right, you need to have:

And even then, getting to within 3° is about the best you can do. 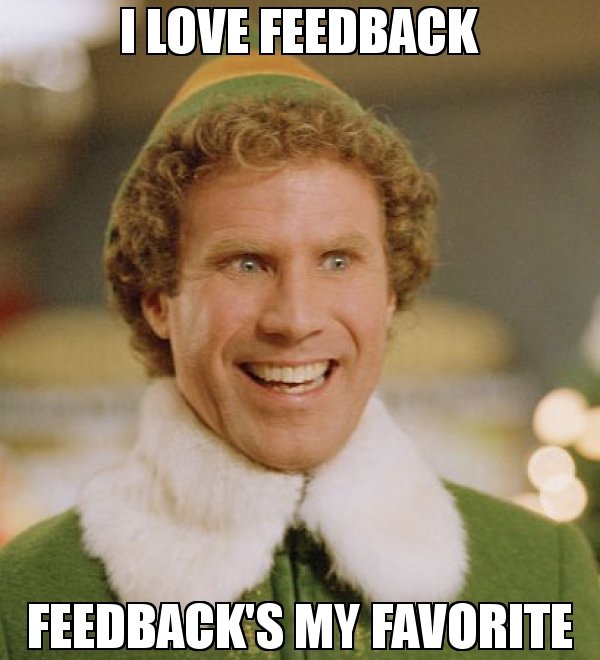 Do You REALLY Want Feedback?
There is almost nothing worse than creating something—or doing something you are proud of—and getting no feedback. Wait, I take that back. Putting your heart and soul into something and then getting negative or dismissive feedback can be worse. How many times have you emailed a quote, a design, or photos of something asking for […]
Read more 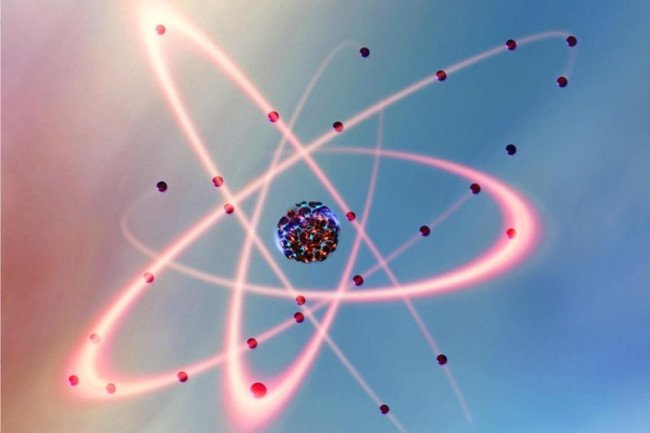 Sensors, Measurements, and Physics
As HVAC/R Technicians, we use tools and instruments to take measurements every day. In fact, 90% of our job could not be done efficiently without some kind of measurement.  “How do we measure?” “With what instruments?” “How accurate are these measurements?” These are all questions a thoughtful technician should ask before spending money on a […]
Read more 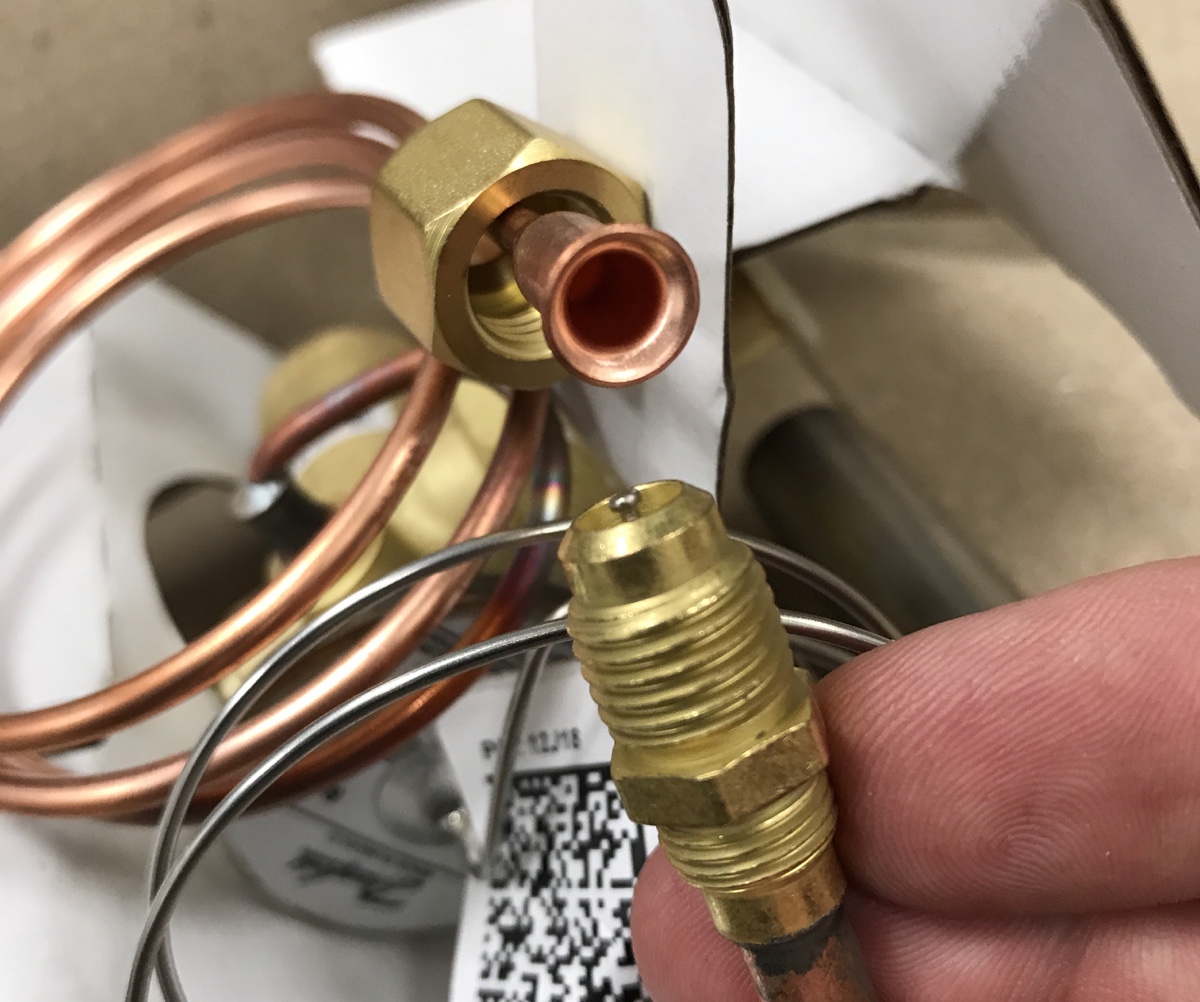 Two Less Common TXV Issues to Watch For
The most common diagnosis with expansion valves is failed closed or restricted, resulting in underfeeding of the evaporator. The symptoms are low suction, normal subcooling, and high superheat when a TXV fails “shut,” but there are some other issues to watch for that can actually result in overfeeding the coil. Schrader in the Port The […]
Read more
More tech tips
loading