This article was submitted by Genry Garcia of Comfort Dynamics, Inc. It is the first part of his series on zonal pressure diagnostics. Thanks, Genry!

Zonal pressure diagnostics have been around for a while. Here is a brief description of ZPD from the website redcalc.com:

Formerly known as the “Blasnik methods” in a nod to their main inventor, “Zone pressure diagnostics (ZPD) has become an established tool for diagnosing indirect air leakage paths in houses since its introduction to the U.S. weatherization community around 1990. In cases where air must pass through at least two barriers to leak into or out of a house, ZPD is a way to use measured pressures to infer the location and size of air leakage paths.”

There is also this description from the operation manual of an older blower door from The Energy Conservatory:

“Diagnostic procedures have been developed over the past decade to analyze series leakage. These procedures, called zone pressure diagnostics (ZPD), are widely used by weatherization professionals to prioritize air sealing efforts in houses by estimating the amount of air leakage from attached zones (e.g., attics, crawlspaces, garages, and basements). ZPD techniques typically combine Blower Door airtightness test results with zone pressure measurements made both before and after an opening or hole has been added to one surface of the zone being tested.”

So, with that, we can deduce that a good place to start with ZPD is:

1. To measure the connection that exists between the outdoors and the attached or intermediate zones.

2. Determine the amount of air leakage between the house and the attached or intermediate zones that are not part of the conditioned space.

3. Determine the portion of the whole house leakage attributed to an attached or intermediate zone.

As mentioned above, these zones could be a vented attic, a garage, an unfinished basement, or a crawl space. These are zones that are structurally connected to the house but are often open to the outside through intended ventilation paths, intermediate between the house and the outdoors. In some climates, zones like garages may not have any ventilation. Even in these cases, ZPD can still be useful.

How we are misrepresenting ZPD

We are, by and large, misusing ZPD to estimate how leaky a room can be. When we use a blower door, the pressure in the envelope can be driven and maintained at an industry-standard -50 Pascals (Pa). That is a safe pressure differential between indoors and outside that we can use to cancel out the effects of wind and stack effect on a structure.

Once the envelope pressure is maintained at -50 Pa, the practice is to isolate a given room inside the conditioned space, generally through the use of a door. At this point, with the ‘Reference or –’ port left open to factor the house pressure, a tube connected to the ‘Input or +’ port on a precision manometer is slid under the door. After that, we can read the pressure of said room WRT to the rest of the house. We know that the pressure in the main body of the space is -50 Pa. If we read a room pressure of 10 Pa, then it is said that this room is 20% connected to outside (10/50=20%). It makes sense, right? Not quite.

However, rooms have ducts. Some have supply ducts only; others have both supply and return air paths. Once you isolate the room by closing the door, its pressure differential induced draft is also traveling into the main body of the envelope through said ducts on its way to the blower door fan.

Let’s take, for example, two leak-free, identical 10’x10’x9’ rooms. They’re next to each other, but one is a corner bedroom with two exterior walls. Let’s call that one “room A.” Let’s say it has a window on each wall. That’s one more wall and one more window than its otherwise adjacent sibling, which is a middle room. We’ll call it “room B.” Invariably, this will mean that the corner room has a greater need for cooling capacity. As such, its design air volume is, let’s say, 150 CFM. The room with the same dimensions right next to it only needs 80 CFM since it has less heat gain.

If we open a hole of the same diameter from each room to outside and proceed to perform ZPD using the procedure outlined above, we would invariably find that room A would show a lesser pressure WRT to the rest of the house than room B. How could that be? We have two rooms of identical volume and equivalent leakage area, so how could that happen?

Hypothetically speaking, if, with the exception of the door, these rooms were completely isolated from each other and the rest of the house (and neither room had any ducts), then both of their pressures WRT to the house would be identical during ZPD. But because room A has 40% more duct area connecting it to the main body of the envelope than B, B’s pressure will be higher than the pressure in A, even though they both have the same floor area, volume, and equivalent leakage area to outside. In other words, we would mistakenly conclude that B is leakier than A when, in reality, the leakage is exactly the same. The only difference is that A has a larger path for pressure equalization between it and the rest of the house.

Here is an example of the point being made. This example shows one of many homes I’ve tested where I see this trend over and over again. These first two photos are of ZPD readings taken in an isolated room with both a supply and a return vent. With the blower door running, keeping the house at -50 Pa: 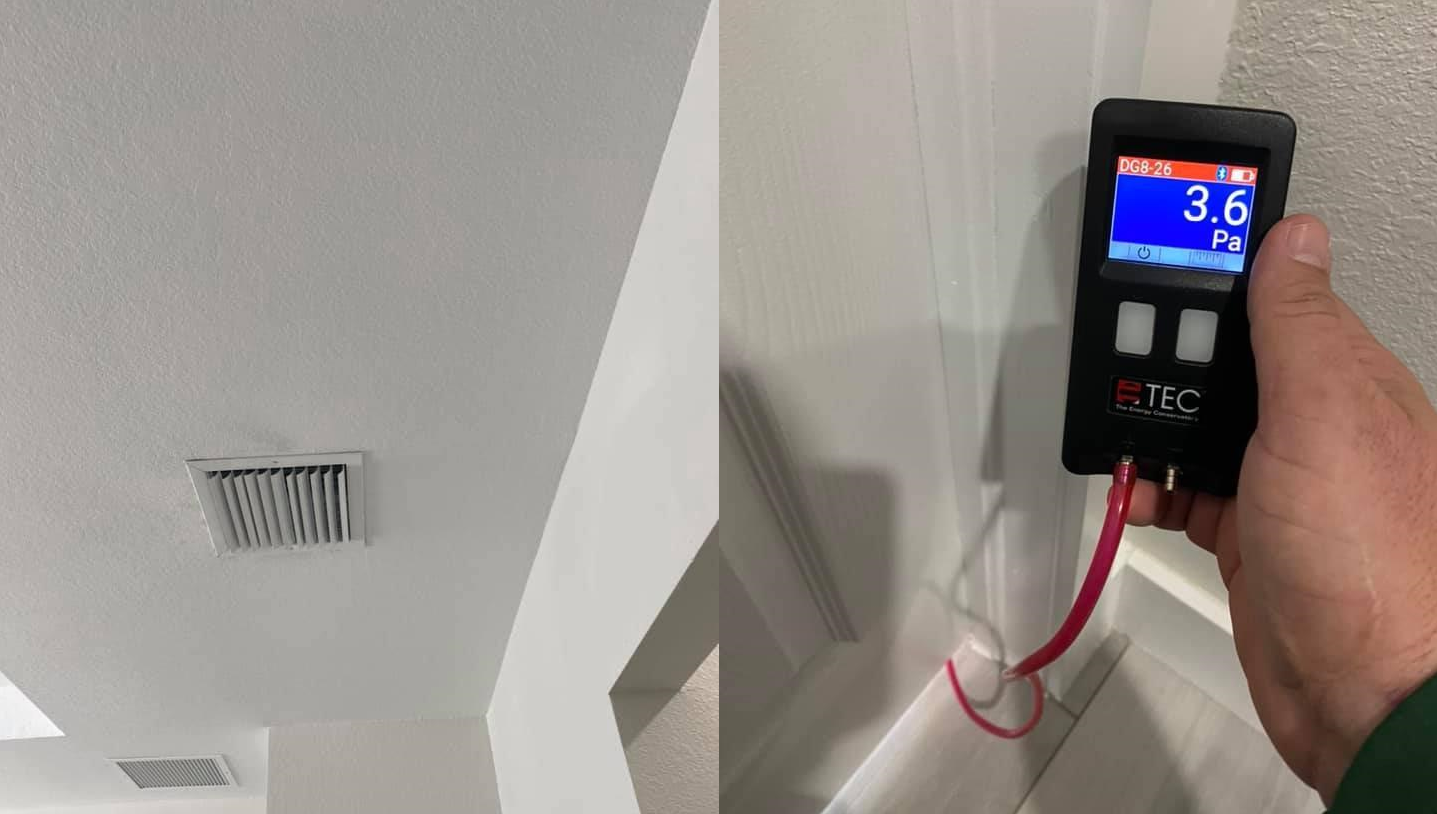 These two next ones are of the very same house. I took these pictures a couple of minutes later, which is all it took to cover the vents with a duct mask: 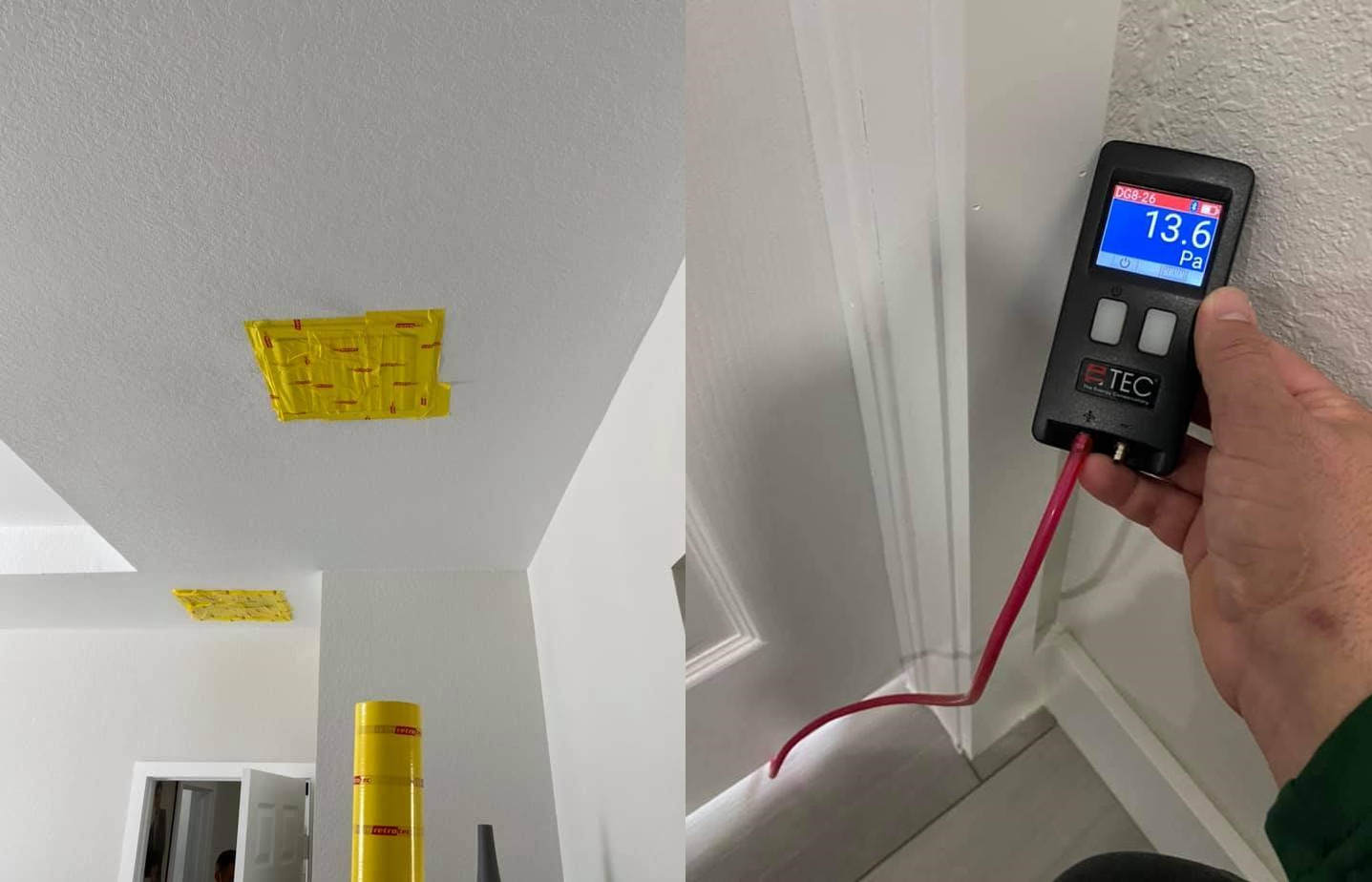 The pressure reading more than tripled! If we had accepted the first reading at its face value, we would have grossly underplayed the large amount of attic air leakage coming in through the poor drywall finish around the bath exhaust can. Heck, some might’ve even missed it altogether. The original ZPD reading was less than 10%, so it would be hard to fault a tester for shrugging it off.

Can you see where the process is flawed?

“But what if the ducts are inside?!”

That's a very popular argument. The answer is that there is no difference.

Think of a room with a properly sized return duct. If the HVAC system is running and the room is isolated by closing the door to it, the air pressure being created in the room by the supply air feed is also being simultaneously relieved by the return air path. That allows the air to travel back to the HVAC fan through a return duct or through a central return. That happens because of the pressure differential between the isolated room and the adjacent space. The pressure differential is being driven by the indoor motor of the HVAC unit. Following so far? Read it again.

Now, substitute the HVAC unit for the blower door as the pressure differential driving force. Close the same door to the same isolated room. Under those conditions, the forces pressurizing the room are the envelope leaks between the room and the adjacent zones (attic/crawlspace/garage) and any direct-to-outside leaks through window/door gaskets, etc. Now the duct(s) in this room act as an air pressure relief path between the room and the adjacent space, the main body of the house, where the blower door fan is. It works just like a return air duct.

For ZPD purposes, it does not matter if the ducts are inside or outside the envelope. There is still a pressure relief path between the isolated room and the house. It will relieve the pressure in the room if the duct runs through a finished basement, a completely sealed soffit, or exposed inside the envelope. It will relieve the pressure the exact same way it would if it were to run through an unconditioned attic.

In the next part of this series, we will explore other methods that take a different approach to ZPD. Stay tuned! 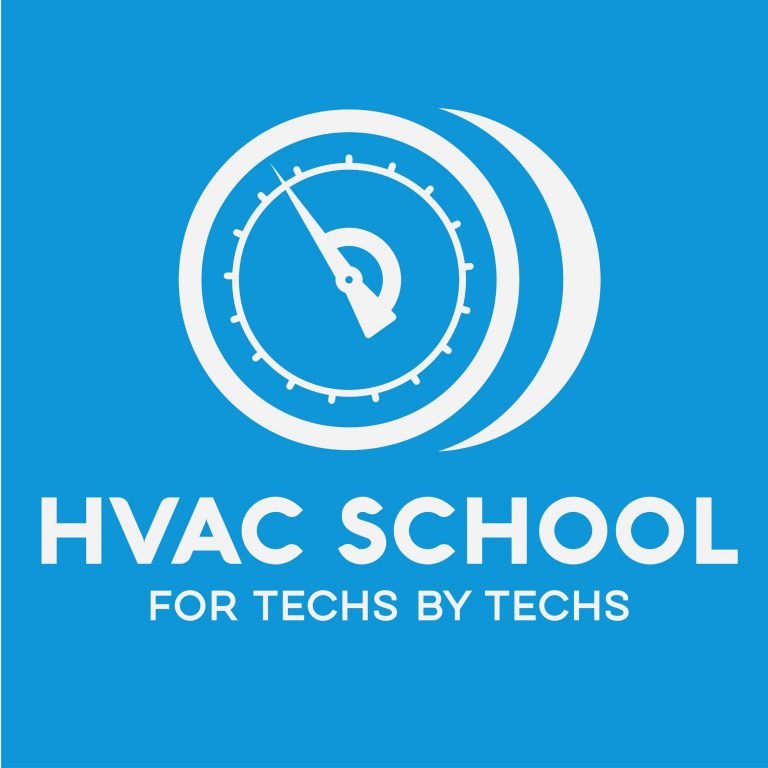 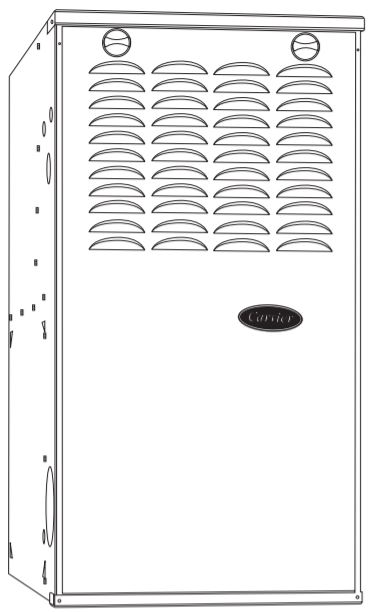 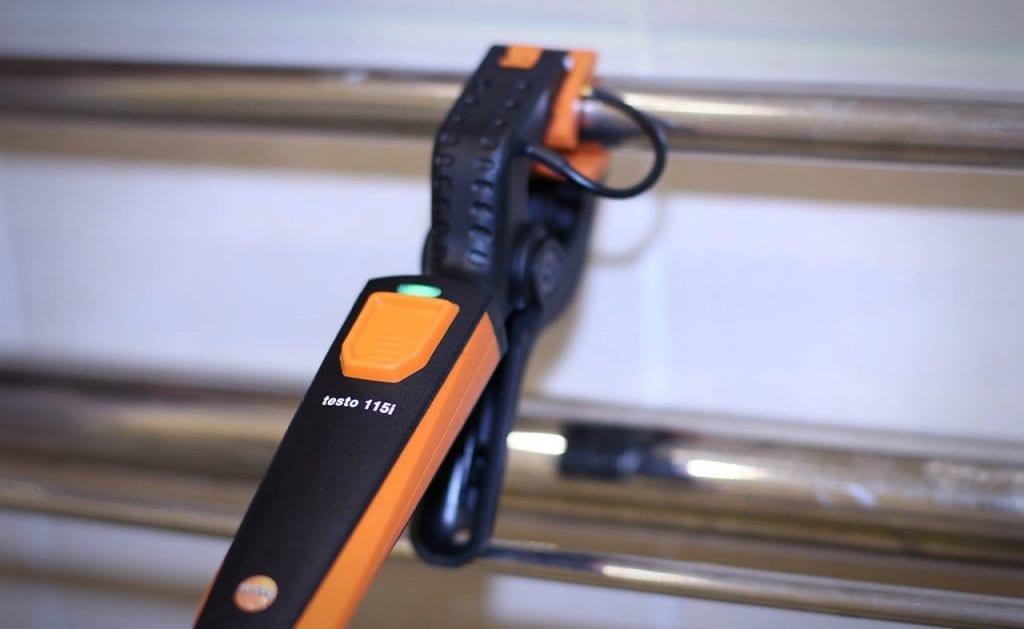 The Case for Checking the Charge Without Using Gauges
Jim Bergmann and I recorded a podcast for HVAC School that covered when and how to check the refrigerant circuit without connecting gauges. Listener Joe Reinhard listened several times and wrote up this summary of what he gained from the episode. I edited it lightly, but most of this is his work. Thank you so […]
Read more 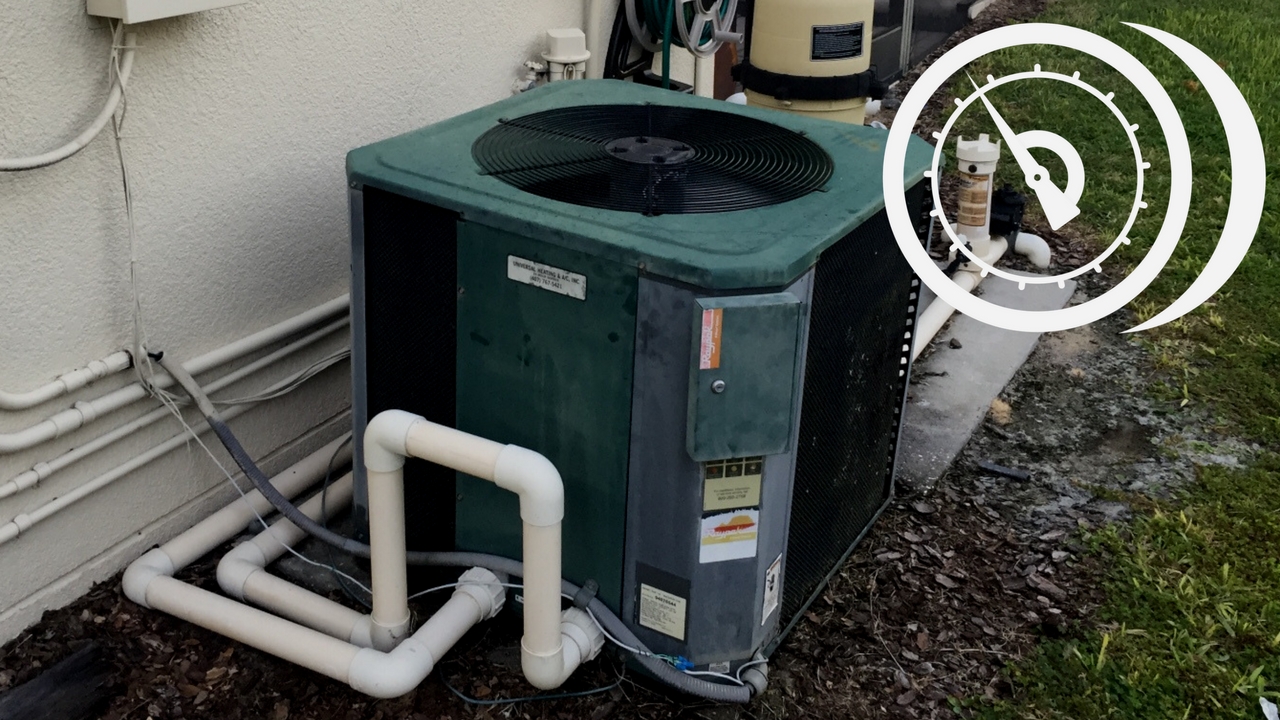 Pool Heat Pumps, The Basics
Note: My brother Nathan wrote this a few years back, and I only did some minor editing. A pool heat pump is essentially a water-cooled air conditioner in reverse. It usually has a large air evaporator on the outside that looks like a condenser coil and a heat exchanger (usually tube-in-tube) on the inside. A […]
Read more
More tech tips