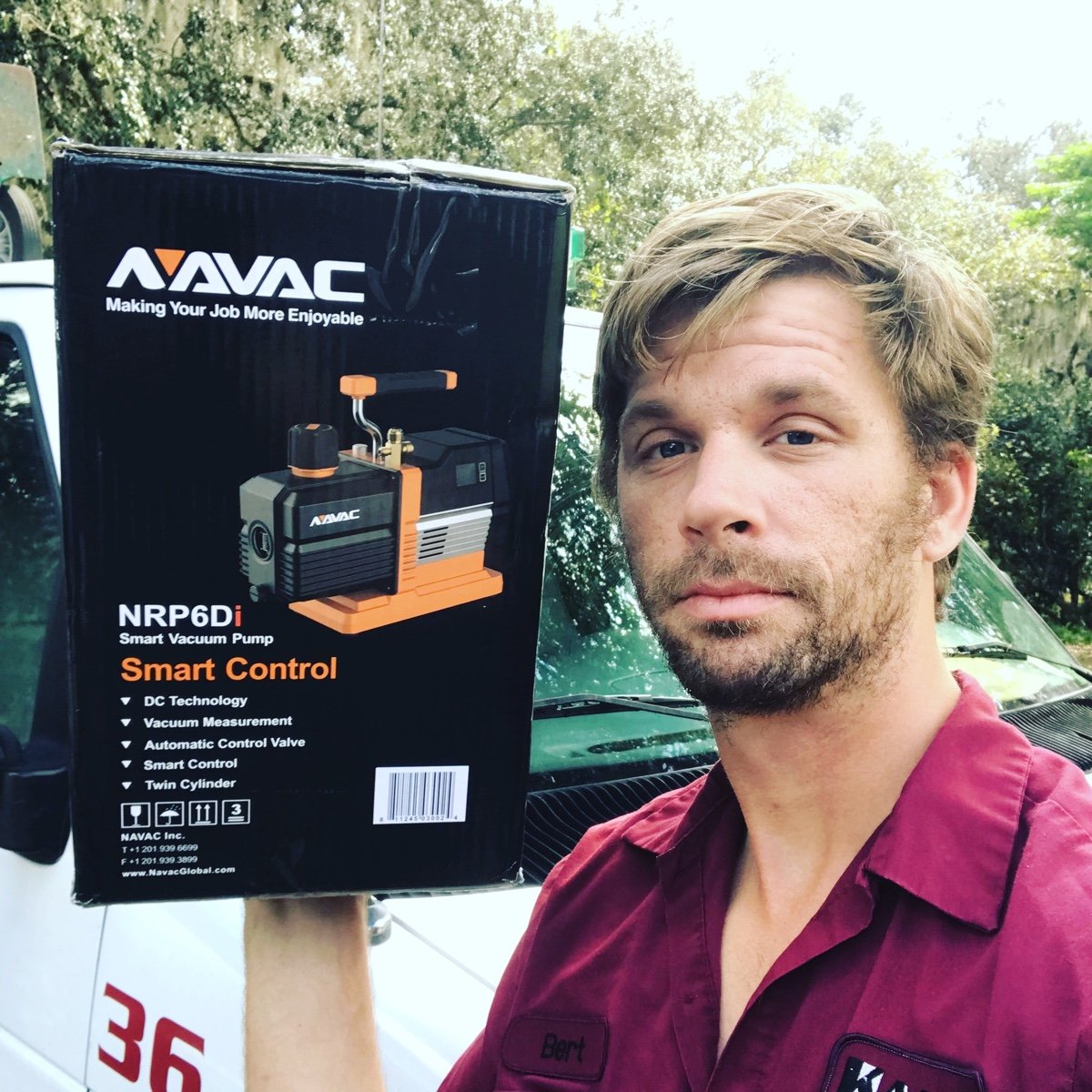 “When all you have is a hammer, everything looks like a nail”

For some techs I know, even having a hammer can be challenging.

I was pretty new in business and my first real “employee” hire in the HVAC part of Kalos was my brother Nathan, who many of you know as he is quite famous or infamous in the social media circles (which it is, is for you to interpret).

We won a custom new construction home job as the HVAC contractor and this was a “custom” job to be sure. I think it may have been the first house this builder had ever built and he planned almost nothing.

I remember walking the job with him after the slab had been poured and asking, “Did the plumber run chase lines for the copper?” as it was clearly supposed to have been based on the layout, and he looks at me like I have three heads and one of them is on fire and says “What's that?”.

We agreed that we would run line covers on the outside even though I hated to do it on a nice new house. The day arrived to run the copper and I started laying it out. The builder took one look at the covers and grunts “you aren't putting those on the wall, those are hideous”, which they were of course (this was before the paintable plastic covers we use today). So we start walking all around the house looking for some way to pack out a wall on this concrete block house so we could punch out four line sets from the inside.

We finally settled on a spot and I started running line sets. I asked Nathan to punch through the holes in the block so we could run the lines (Yes, I would do this all very differently today so don't ask all the obvious questions), he walks off and I don't think much more about it.

Fifteen minutes later I round the corner to check his progress and I see him, bent over, smacking the concrete block as hard as he could with a CRESCENT WRENCH.

It's been about twelve years since that job and a lot has changed for the better, Nathan is still the sort of guy who is more prone to use the tool in his hand rather than buy something flashy but he's actually an incredible tech and has harnessed much of that early lack of preparedness into practical resourcefulness.

Accountants are prepared, they need to know every rule and have all of their I's dotted and T's crossed. If you throw a complicated problem at a good accountant they are prepared to take care of it with precision and if they have any questions they will make 100% sure they get them answered 100% correctly and precisely before they proceed. It's important that they are that way to keep us out of trouble with the IRS.

We can prepare as best we can and sometimes something goes wrong, the valves at the rack doesn't hold, the aluminum coil has a leak, the product is going to spoil and the Shizzle is about to hit the Fizzle.

This is why techs need to be both prepared with the proper tools, resources, materials, confidence and know-how to jump in and IMPROVISE.

Some techs use resourcefulness and improvisation as an excuse not to be prepared and others blame less than ideal circumstances when things go arwy to explain away their failure to execute.

You don't need to choose… go ahead and do both, be both prepared and resourceful, do things by the book when you can and absolutely improvise when you must.

In our trade there are two levels of thinking, the first is always looking for what “works” and ways to get by. An example is a residential installer who knows to connect R to Red, C to Blue, G to Green and so on. He knows that when he does that and flips the breaker…. most of the time IT WORKS! He also knows about this thing called a meter, he has one in his bag and sometimes his boss tells him to poke it around in the unit a bit to “measure” some things called voltage and amperage and write the stuff that shows on the screen down on paper.

I know I sound condescending but if you are, or have been in the field you know I'm not exaggerating at all. This installer knows what works (most of the time) and he stops there. As far as he is concerned his bag is full of all the tools he needs because at the end of the day the unit usually blows cold (or hot).

We have all been there and maybe are there at one aspect of the business or another because we are just trying to scrape through a tough day without having our ignorance revealed (it's how I feel every time I have Bergmann on the podcast).

But listen up for a second….

You never need to stop filling your skills and knowledge tool bag. NEVER!

Does rack refrigeration intimidate you? Look for an opportunity to work on it a bit.

You don't learn well from reading? Guess who else didn't… Hellen Keller, because she was BLIND and DEAF and she ended up becoming one of America's most well known authors.

If you are good at your job and make a good living doing this stuff, CONGRATS, but that doesn't mean you should stop growing and start allowing your brain to skills to decline.

If you are bored start doing new things like –

Keep adding tools to your skills toolbox, it will make your work more enjoyable, you will be more equipped to help others and you will increase your earning potential AND your ability to fix those really tough issues that has everyone else scratching their heads.

Those are the moments a good tech smiles… steps on his metaphorical (or literal) cigarette butt and digs deep into his bag of tricks… a bag that keeps growing every day. 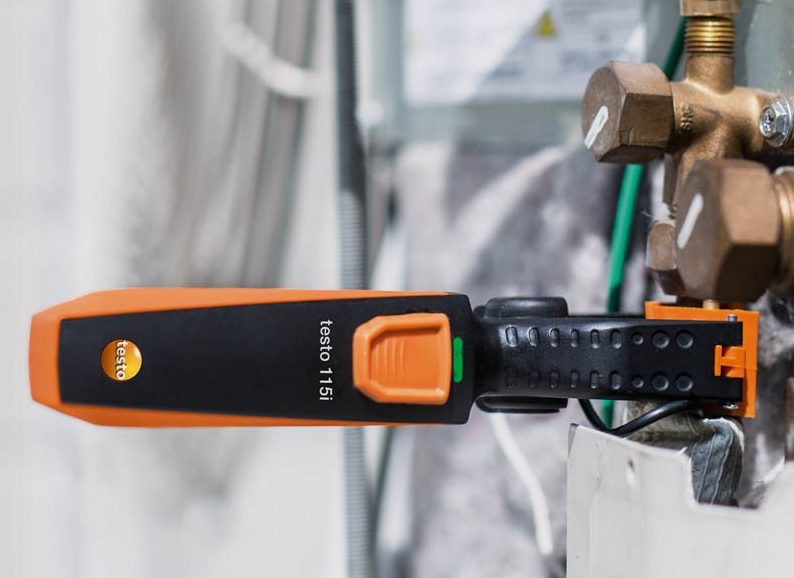 I was fresh out of school working as an apprentice at my first real HVAC job and I was listening in on a shop conversation between a few techs.

They were talking about finding so many overcharged systems and one of the techs turns to me and says “I had a unit yesterday that was so overcharged it was running minus five degrees of superheat”. I don't remember EXACTLY what I said in response to that but it started a miniature argument and set me on a crusade against misinformation that led me here all these years later.

When in doubt check your tools

Before we move on I want to mention something that Jeremy Smith pointed out to me. When working with a zeotropic refrigerant blend that has “glide” the change from liquid to vapor and vapor to liquid occurs over a range of temperatures and not at a single temperature. When calculating superheat we use the “Dewpoint” and when calculating subcool we use “Bubble Point” the saturation temperature is the range of temperatures between those two points meaning that it could be “interpreted” as negative superheat or subcool when it is actually just in the saturated range. In air conditioning, the traditional R22 and R410a refrigerants do not have any significant glide but newer blends do so it is something to watch out for.

Here is a list of things that if you observe them, it will be worth checking your tools to make sure they are set up correctly, connected correctly and properly calibrated BEFORE you start making an exotic diagnosis.

Superheat is the temperature gained in the refrigerant once it is completely boiled into a vapor. When it is still in the process of boiling it will be in a mixed state and will be at saturation temperature for that given pressure. Zero superheat is something you will see often when a system has a flooded coil and liquid still boiling in the suction line. While this generally isn't a good thing it is something that you will observe from time to time and will usually result in you as the tech taking corrective action.

Negative superheat goes by another name SUBCOOLING and the only way a substance can be in the subcooled range is if it is 100% liquid and has given off additional heat below the saturated (mixed) state. It is impossible in a running air conditioning system for the suction line to be 100% liquid subcooled below saturation, therefore it is impossible to have negative superheat both by definition or in practice.

So what happens when you measure negative superheat you may ask? Good question.

It is one of a few possibilities

It is always a good practice to have a backup set of thermometers and gauges so you can double check the calibration of your tools against one another. Whenever possible, test them under the conditions that you are using them.

If you have two clamps, place them on the same line right next to one another, when testing two air probes, stick them both in the same return air stream side by side. For temperature measurement you may also test in an ice bath just make sure that the water is pure and that the water and ice are fully mixed and circulating when you test for 32°F(0°C) degrees.

Also, keep in mind that every measurement device has “uncertainty” in the measurement of +/- a certain amount depending on the tool. Don't expect your tools to provide a greater accuracy than what is published in their specifications.

You may not know this, but the HVAC School podcast began before the website. When I started the podcast I never intended to create a website but there was more demand for quick tech tips than the podcast could hold so we started hvacrschool.com

In the same way, I never set out to create a podcast network but here we are. I find that there are more topics than I can fit into one site or podcast so the Blue Collar Roots Network is born to allow other really smart people do what they do best. You can still hear the HVAC School podcast in all the usual spots and it will publish just as often, with all the same great types of HVAC/R training topics, but here are some new options for you.

Building HVAC science is a podcast by Trutech Tool CEO Bill Spohn. The show covers building diagnosis, test and balance, advanced measurement, design and many other important topics to the trade. The latest episode is on IAQ and you can listen HERE. You can also listen and subscribe here.

Service Business Mastery is an in-depth look at what it takes to run a successful service business by successful business owners and managers. The latest episode is on dealing with negative reviews online. You can also listen and subscribe here.

The Tools Pros podcast goes deep into all of the tools of the trade with honest reviews, as well as general discussion about uses and applications for tools. The latest episode is on tool bags and vehicle organization. You can also listen and subscribe here.