What does “Saturated State” mean for Techs? 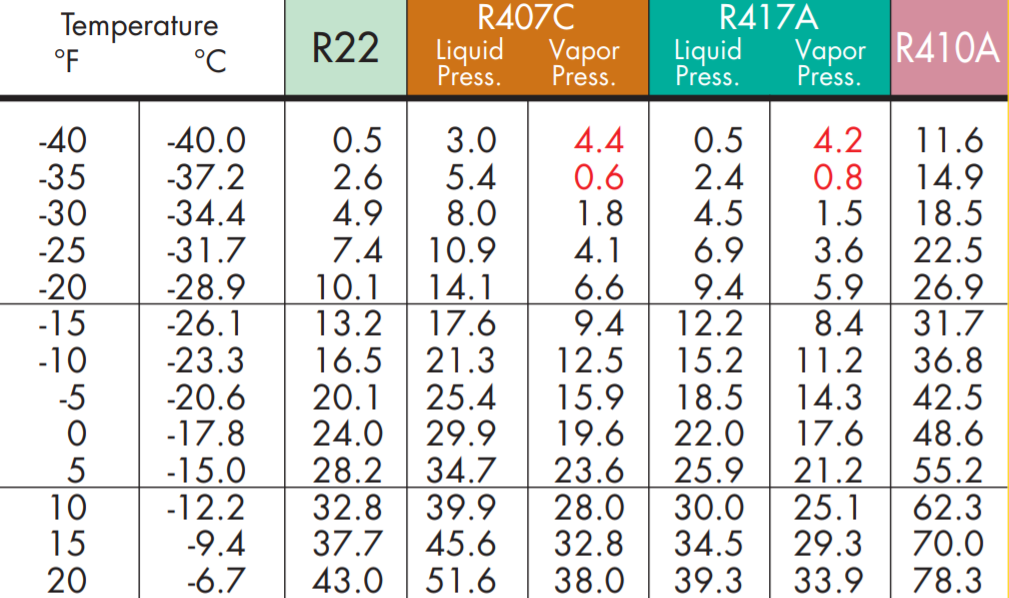 As we often do in these tech tips, we will start with the common and more practical explanation of saturation and then move to the more technical and nerdy explanation later.

When we say “at saturation” or “saturated” in the HVAC/R trade, we are generally referring to the refrigerant that is in the process of changing from liquid to vapor (boiling) in the evaporator or vapor to liquid (condensing) in the condenser.

We generally look at a set of gauges or find the temperature on a PT (Pressure-Temperature) chart that matches a particular refrigerant and pressure. We call that the saturation temperature. 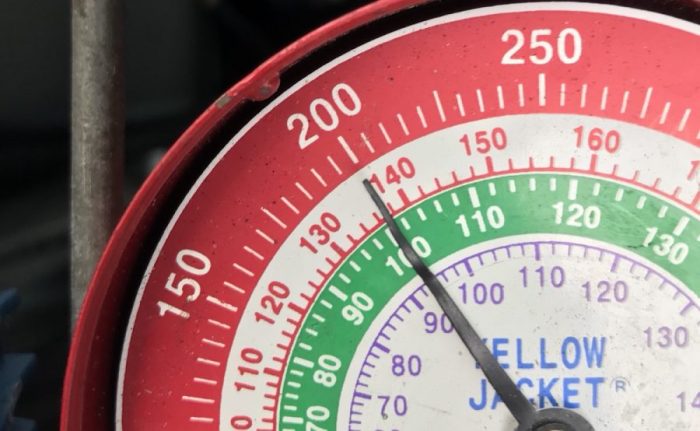 To be even more specific, a tech might say that the condensing temperature of this system is 102°F because the saturated state is occurring during the process of condensing, in this particular case.

From a practical standpoint, when we say “saturation” in terms of a refrigeration circuit, we are referring to:

The pressure and temperature a refrigerant will be if both liquid and vapor are present at the same time and place. 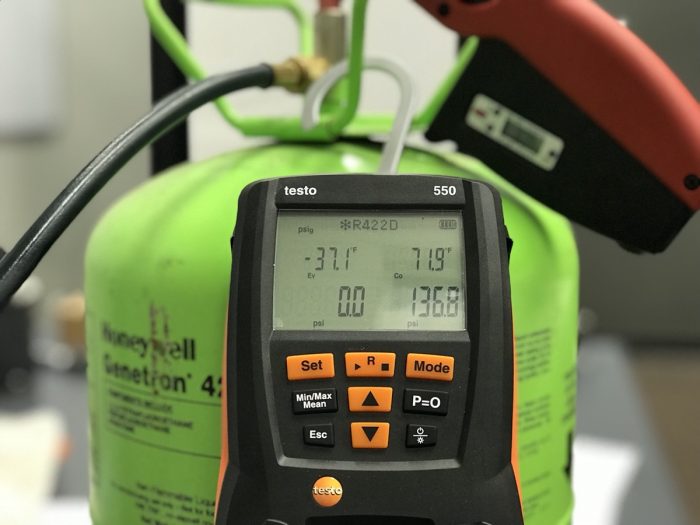 One of the most common cases where we will see refrigerant at saturation is inside systems that are off and inside a refrigerant tank. If you were to connect a gauge to a tank (like this Testo 550 shown), the refrigerant pressure inside the tank would be equal to the pressure that correlates to the saturation temperature of the tank. (I know that's a mouthful, but it's really pretty simple.)

Either way, we are saying that there is both liquid and vapor present inside the tank, so it is at SATURATION—or in the saturated state if you would rather. So, as techs, we see refrigerant at saturation pressure and temperature when the system is off, inside a tank, and when it is in the midst of boiling in the evaporator or condensing in the condenser.

Now for the more in-depth explanation

I will warn you that this is a bit of a beating around bush explanation, but I'm writing the explanation I wish I had been given early on—so be patient, young grasshopper. 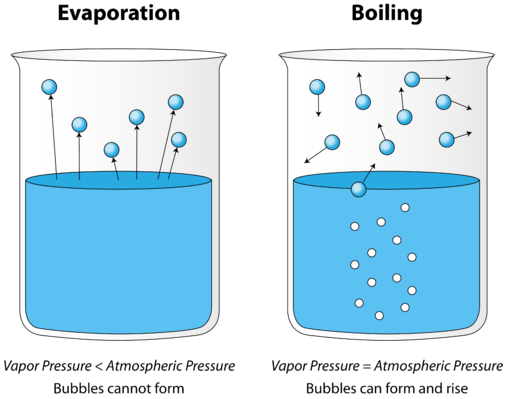 Let's start with a dictionary definition of saturation:

The state or process that occurs when no more of something can be absorbed, combined with, or added.

In nature, gasses (vapor) and liquids are free to move around and interact with one another, with the predominant pressure being atmospheric pressure (14.7 PSIA at sea level).

You may have wondered why water exposed to the air will evaporate even though it has not reached the boiling temperature. This is because the temperature of a substance is the AVERAGE kinetic energy of the molecules in a substance, not the specific kinetic energy of every single molecule. While there may not be enough energy for the entire substance to boil, there is enough energy in a few of the molecules to break free from the surface.

This is why your skin cools when sweat evaporates off of your skin. The highest energy molecules are leaving, taking themselves and their high energy ways with them!

Translation: Some molecules have more energy than others and can escape the liquid form, and we call this evaporation. This evaporation can be measured, but it happens below the boiling point. When a substance is uncontained, it results in less liquid remaining.

Translation of the Translation: If you leave water out in a pan, it will eventually disappear, even when it isn't boiling.

Now, if you put a liquid in a jar and screw the lid on, some of the molecules will escape the liquid bonds and fill the void in the jar. However, pretty soon, the jar will be at equilibrium (static) pressure with an equal number of molecules condensing back into the liquid as those that are escaping. The more active the molecules in the jar, the more pressure there will be in the jar. Since the definition of temperature is the average kinetic energy (energy of motion) of the molecules, you can translate that as, “The hotter the jar, the higher the pressure,” or “The higher the pressure, the hotter the jar.”

Different liquids have a more or less tendency to escape the liquid form (evaporate). Liquids with a very high tendency to escape will evaporate more quickly and have a higher “vapor pressure.” They are also said to be more “volatile.” Alcohol or gasoline are liquids that are more volatile and have a higher vapor pressure at atmospheric pressure than water. Hence, they disappear quickly even when the ambient temperature is below their boiling point.

Some liquids (like vacuum pump oil, for example) have a very low tendency to evaporate and have very low volatility and low vapor pressure.

A liquid boils when the vapor pressure of the liquid matches the atmospheric pressure. At that point, the liquid molecules begin to break free rapidly, and if they are uncontained, they will simply fly away like water vapor out of an open pot.

Once the vessel can reach a state of perfect equilibrium, it may no longer be boiling, but it can still be at the boiling point. That exact POINT of equilibrium between vapor pressure and temperature is the SATURATION POINT.

So long as the pressure remains constant on a boiling or static vapor/liquid mixed substance, we can say that it is at saturation temperature because it remains at the same temperature until either:

But it is important to remember that it is the vapor pressure of a liquid substance being equal to the pressure around it that results in saturation and then boiling or, in the opposite direction, condensing.

Also, evaporators should be called boilerators, but I'm doing being nerdy for now.

P.S. – Here's another more recent article about saturation and the pressure-temperature relationship if you're interested in approaching the topic from that angle. 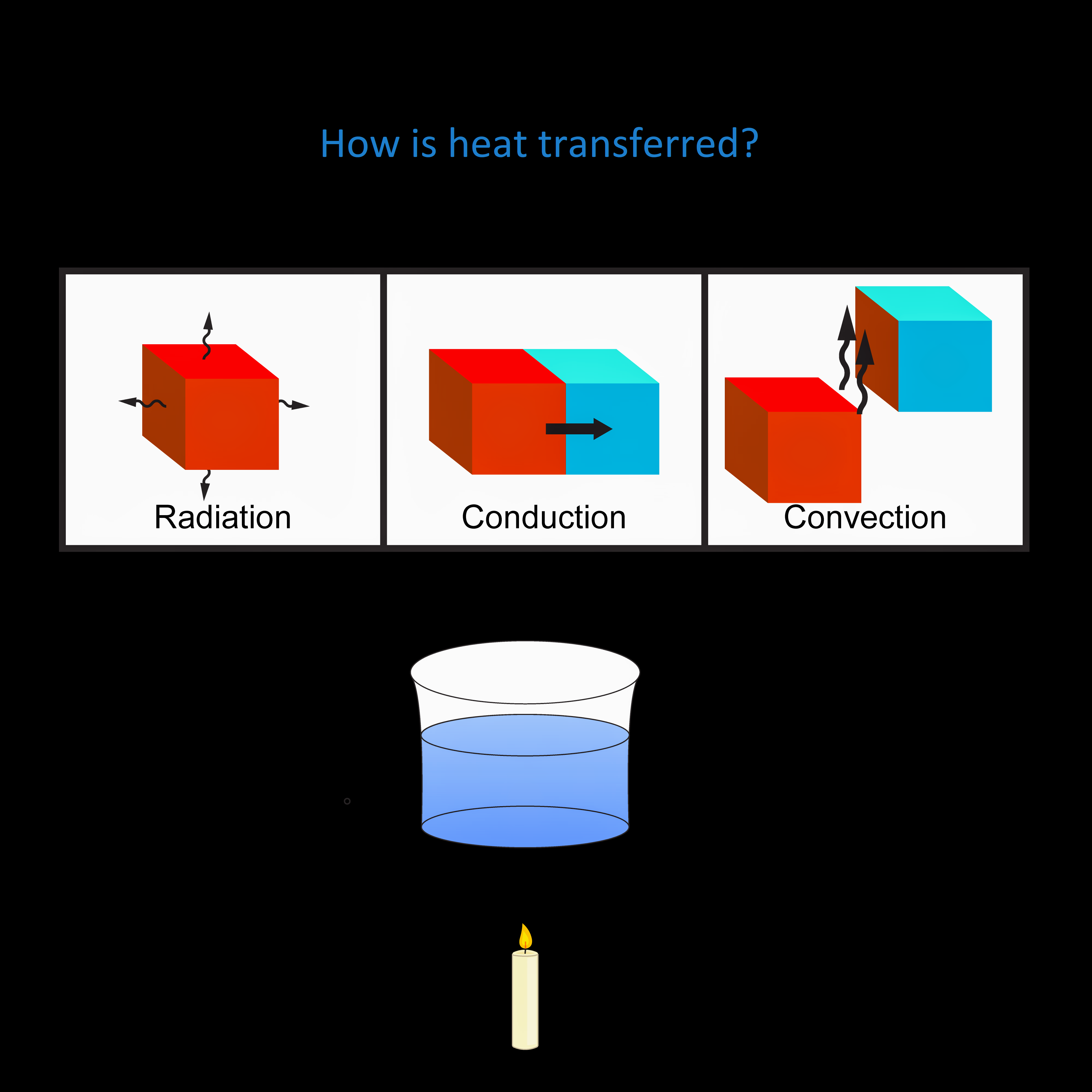 Conduction, Convection, and Radiation
We may not realize it, but heat transfer inside our homes keeps the HVAC industry afloat. Without air conditioning in the summer, our buildings would remain stuffy, miserable places. That’s because heat can come from the outdoors, indoor objects (such as cooking appliances), and our bodies. So, this article will cover the three main types […]
Read more 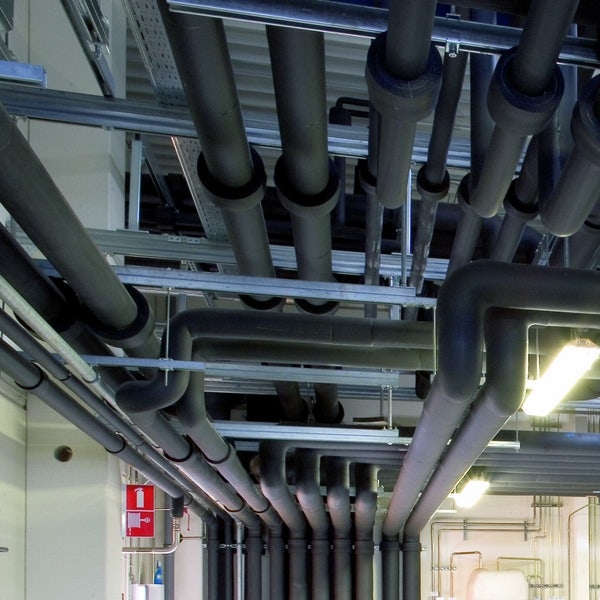 A Simple Piping Practice
Although there are various line lift, sizing, and trapping guidelines depending on oil and refrigerant type, there is one guideline we can all understand easily and remember to apply. This guideline is to slope suction lines towards condensing units/compressors. Keeping the suction line sloped toward the compressor, especially with long overhead lines, helps return the […]
Read more

One response to “What does “Saturated State” mean for Techs?”