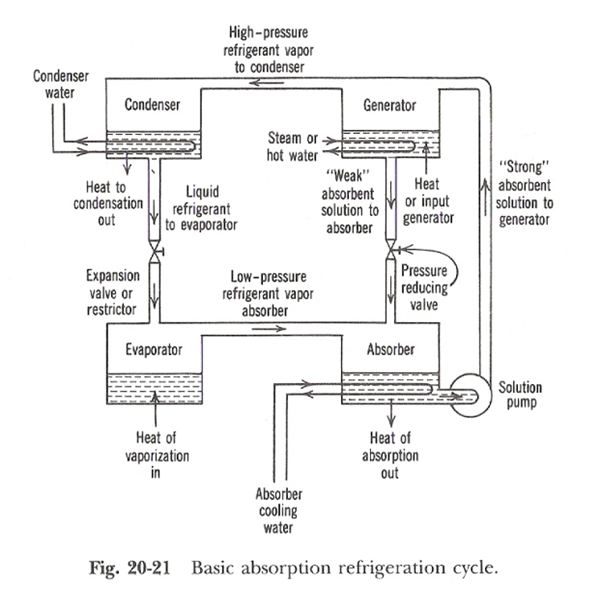 Many HVAC/R technicians (including me) describe the compressor as the heart of the refrigeration cycle. It prepares the refrigerant for the condensing process, which is crucial for heat rejection.

However, some refrigeration methods don’t require a compressor. In this article, we’ll look at those methods and their applications.

As you know, the compressor is responsible for moving the gas in a typical system. Still, gases regularly move on their own without compressors. That's evident in the air that surrounds us each day. For the sake of this article, we are interested in two natural occurrences that dictate gas movement: convection and partial pressure.

You probably already know what convection is. It’s a heat transfer method in which hotter gas molecules rise, and cooler ones sink. Hot gas molecules are less dense than cool molecules, so the differences in density drive convection. By extension, density dictates gas movement.

Partial pressure may be new to you. It also involves density, though to a lesser extent. Unsurprisingly, its main focus is pressure, which also drives the gas movement.

Dalton’s law of partial pressures states that air pressure equals the sum of individual gas pressures in the air. For example, the air we breathe is not pure oxygen. It’s a mixture of nitrogen and oxygen with some traces of argon, CO2, hydrogen, and more. The total pressure of the air we breathe is equal to the combined pressures of nitrogen, oxygen, and other trace gases (argon, CO2, etc.). As such, the air’s pressure and density depend on the gas mixture. This is important because gas pressure affects the boiling points of liquids, and partial pressures affect the total pressure of the gas. When the air pressure decreases, a liquid’s boiling point drops. That’s particularly important for refrigerant boiling points and the refrigerant’s interaction with the environment.

Einstein’s refrigerator is a good example of partial pressures at work in refrigeration. Albert Einstein and his student, Leó Szilárd, developed a refrigerator prototype that used liquid butane (lighter fluid). They introduced a vapor to decrease the air pressure, which made the butane boil. That created a partial pressure environment that drew in hot, high-energy gas molecules from the butane’s surroundings, cooling the area. (To learn more about this history and the recent revival of Einstein’s refrigerator, check out this article on phys.org.)

I wanted to briefly touch on Dalton’s law because pressure and density affect gas movement without compression. If you want to know more about Dalton’s law, check out our article about it. Dalton was an interesting guy, and you can learn more about him and his scientific contributions HERE.

No, you’re not seeing double. The words absorption and adsorption look nearly identical, but they are separate processes.

Adsorption is the adhesion of gas, liquid, or dissolved solid particles to a surface. Instead of being drawn into the surface, the adsorbate (gas, liquid, or solute particles) forms a thin film on the surface. An example of adsorption would be the interaction of activated carbon and VOCs. VOCs, or volatile organic compounds, have low boiling points and high pressures at room temperature. You can find VOCs in some of your household cleaning products, paints, and varnishes. They can be toxic and have strong odors. Activated carbon adsorbs VOCs, so the toxins and odors also cling to the carbon.

Absorption refrigeration (with a B)

In America, inventor Powel Crosley Jr. began manufacturing the Icyball around 1930. It had no moving parts, so it relied solely on pressure/temperature relationships and gas movement to charge and cool.

The Icyball had two round chambers connected by a curved pipe. One of these chambers was called the hot ball, and the other was called the cold ball. These names refer to the process of charging the Icyball.  The cold ball contained ammonia and would be submerged in icy water. The hot ball had water and would sit above some burning kerosene, which boiled off ammonia. That gaseous ammonia would move to the cold ball via the connecting pipe, and it would condense back into a liquid at the lower temperature. The system pressure would also rise while charging.

When the kerosene finished burning, you would then place the hot ball in a cool bath. That would reduce the pressure. Ammonia would evaporate and travel back to the hot ball to be absorbed by water. Heat would leave the cold ball with the ammonia, which would make the ball very cold. The cold ball would attach to a small cabinet, and it would cool the space for several hours.

When the cooling effectiveness tapered off, you’d recharge the Icyball all over again.

While we no longer use this specific design, we still use absorption refrigeration. Instead of relying on interactions across a hot ball and cold ball, we have modern refrigeration components, such as heat exchangers and condensers.

Absorption refrigeration doesn’t require you to be on the electrical grid because it uses non-electrical sources of energy. Solar energy is free beyond installation costs, but it has other benefits that make it an attractive option. That’s especially true for commercial applications.

A benefit that we’ve all heard of is that solar energy is better for the environment. The planet will certainly benefit from reduced carbon emissions, but the impact extends to some unexpected areas…

Let’s step into the world of public relations for a minute.

According to Scientific American, there’s a lot of interest in solar refrigeration among commercial sectors. When companies that require refrigeration invest in green energy solutions, it improves their public image. When companies take steps to care for the environment, many consumers are more likely to support those businesses.

Of course, most people don’t own or manage those types of businesses. What about solar refrigeration in residential applications?

Still, solar refrigeration can meet the average American household’s cooling demands when the installation is feasible. The electric grid also needs a lot of relief, especially in the summer months when it’s hard to keep up with energy demands. Solar energy is most abundant during the summer, so it takes a lot of pressure off the grid. It’s also free beyond installation and repair costs, making it an attractive option when it’s feasible.

Adsorption refrigeration (with a D)

The adsorption process has four main steps. Dr. Kai Wang and Edward P. Vineyard detailed the process in one of ASHRAE’s technical features, but I’ll summarize it:

During the first step, the adsorbate has already clung to the adsorber. The heat source warms the surface of the adsorber. With the temperature increase, the pressure increases from the evaporation pressure to the condensing pressure.

The adsorber temperature then decreases. The condenser pressure also decreases, and the liquid refrigerant passes through a throttling valve. This valve is similar to the expansion valve in vapor-compression refrigeration.

I feel like I’ve portrayed vapor-compression refrigeration systems a little unfairly over the past few articles. I’ve given them credit where credit was due, but I feel as though I’ve presented them as a rival to the technologies I’ve discussed.

Remember when I said that waste heat was a potential heat source for absorption and adsorption systems? Well, condensers in vapor-compression refrigeration systems can supply plenty of waste heat.

What if we could use that waste heat to power absorption refrigeration systems?

Solar heat, condenser discharge or water (in the case of water-cooled systems), and waste heat from industrial processes could all be used to drive absorption refrigeration cycles.

Energy costs have been rising lately. However, if we can create more cost-effective absorption and adsorption systems, we could definitely make economic sense out of these interesting technologies. 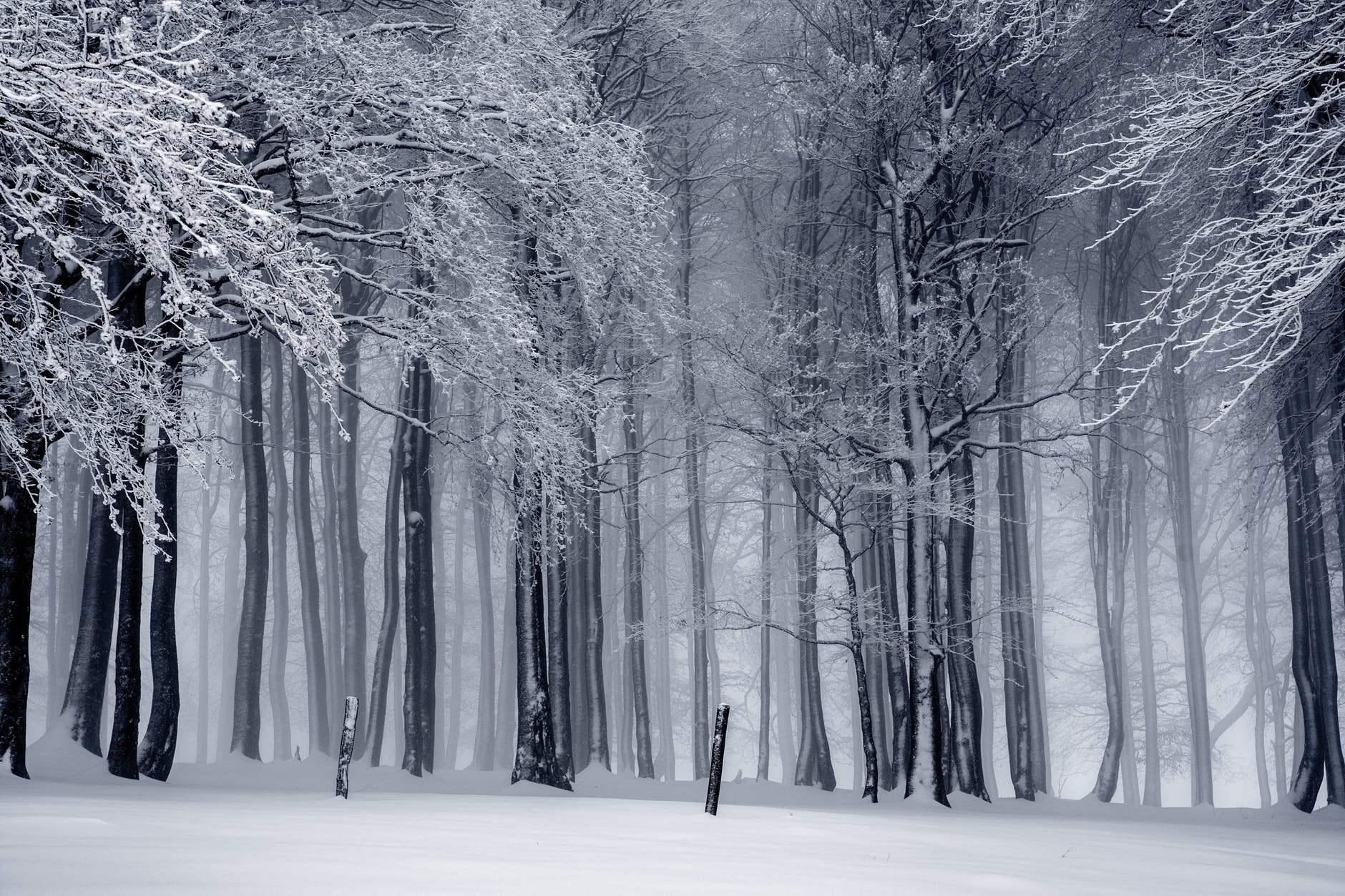 Relative Humidity of Air Below Freezing
I was listening to someone talk about air relative humidity the other day while looking at a psychrometric chart, and he commented that the chart ends down at freezing (32°F) because “all the water freezes out of the air at that point.” I think I made this Jed Clampett face: The psychrometric chart is designed […]
Read more 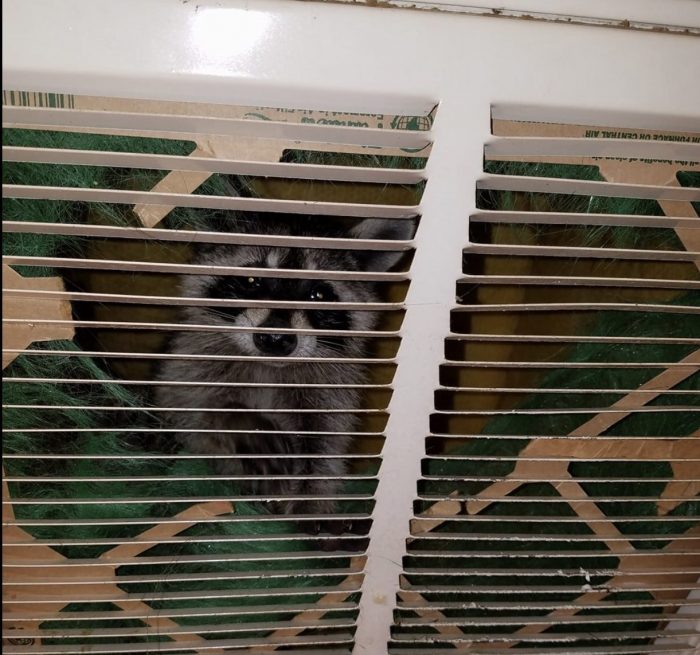 What Does "Air Free CO" (Carbon Monoxide) Mean?
Almost everyone knows that CO (carbon monoxide) is really nasty stuff and nothing to play around with. Humans will often begin exhibiting symptoms of CO poisoning at 200 ppm (parts per million) of CO in a space. Studies have also shown that the effects of CO exposure can accumulate over time, resulting in health […]
Read more
More tech tips
loading