When Will Techs Be Replaced By Robots? (Podcast) 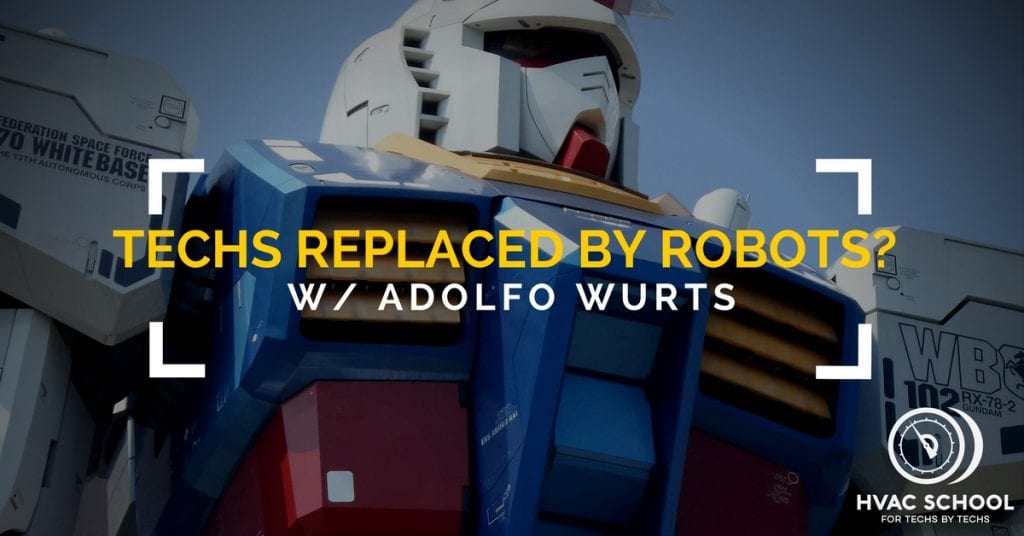 In this episode, Bryan talks with HVAC products designer Adolfo Wurts about technology, automation, and the coming robot apocalypse. Automation is a fear in many industries, and the HVAC industry isn't alone. Today, we talk about how instrumentation and AI technology may develop and what that will mean for the future of the industry.

Some recent practices that have severely impacted the job market lately have been globalization (where work moves overseas) and automation (where machines replace human labor). Globalization is not a major threat to our industry due to the local nature of our jobs. However, automation seems like a more valid concern. Automation has been occurring for a long time; it started off by replacing animal labor with vehicles at the beginning of the Industrial Revolution in the 1800s. Machines have also slowly been replacing repetitive human tasks.

Some high-wage professions have already been replaced by technology, including tax preparers and travel agents. That is because those people make high wages, and automation makes sense economically. Conversely, the cost to replace a fry cook with a robot would probably exceed the amount of money it would save in wages.

However, humans use their senses to solve problems; machines cannot make judgments based on sight, smell, sound, etc. HVAC techs use those senses to diagnose issues with the system. So, HVAC techs would be very difficult to replace with robotic technology. The customer service element of HVAC work, especially listening skills, would also be difficult to reproduce in a robot. So, we have lots of assets that technology cannot replace anytime soon.

One response to “When Will Techs Be Replaced By Robots? (Podcast)”