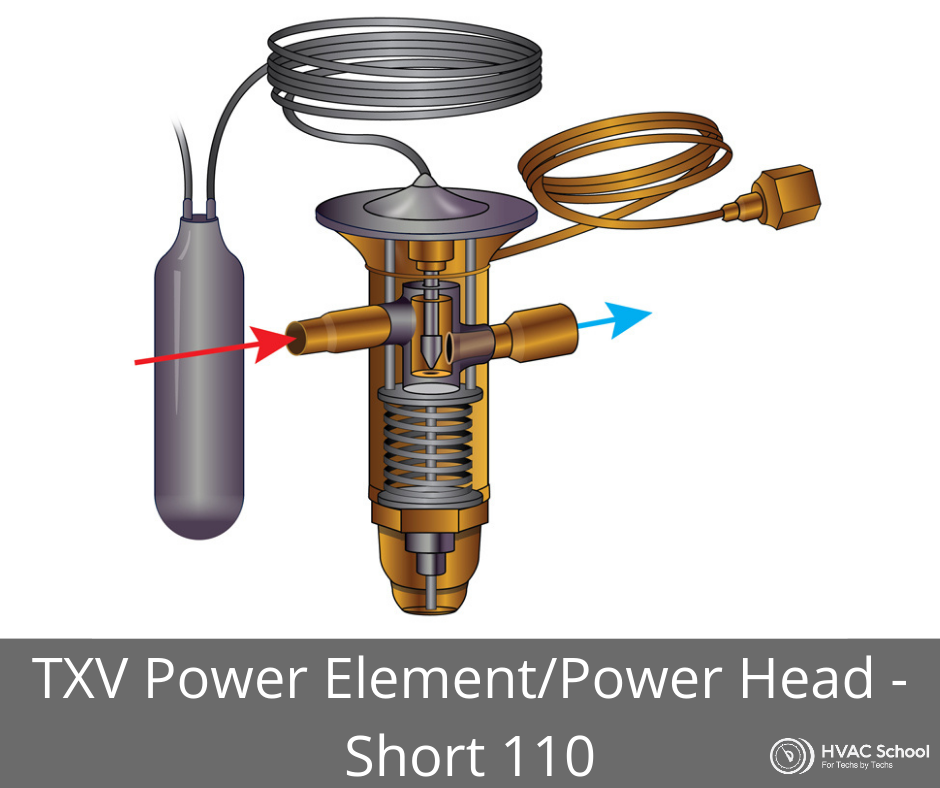 In this short podcast episode, Bryan talks about the TXV power element or power head. He explains what it does and why it's important.

A TXV power element threads onto the top of the valve, and it's where the sensing bulb attaches to the valve. It is the component that applies the opening force to the TXV.

When you lose the charge in the element, it stops exerting an opening force on the valve. So, the valve completely shuts and doesn't allow refrigerant to get to the evaporator coil. You'll get high superheat and a starved evaporator.

Whenever you're checking one of those elements, it would be wise to check for a leak. The capillary tube that goes between the bulb and the element is usually easy to diagnose. You can usually see cracks, leaks, or rubouts quite easily. (If you're used to working with TXVs, you may even be able to hear or feel when the bulb is light on charge.) Because the element threads to the valve, it is usually quite easy to replace without condemning the entire TXV.

If you're not sure that the TXV power element is the issue, you'll want to turn the superheat adjustment nut to the fully counterclockwise position (fully open). Once you do that, verify that the superheat is still too high. Then, remove the bulb from the suction line and warm it up in your hand for a little while. If the element still has charge, you'll notice more opening force on the valve. If the valve doesn't change at all, then the power element is the most likely problem. You should also not be able to depress the TXV's diaphragm with your thumb; if you can depress the diaphragm, then the element has lost its charge.