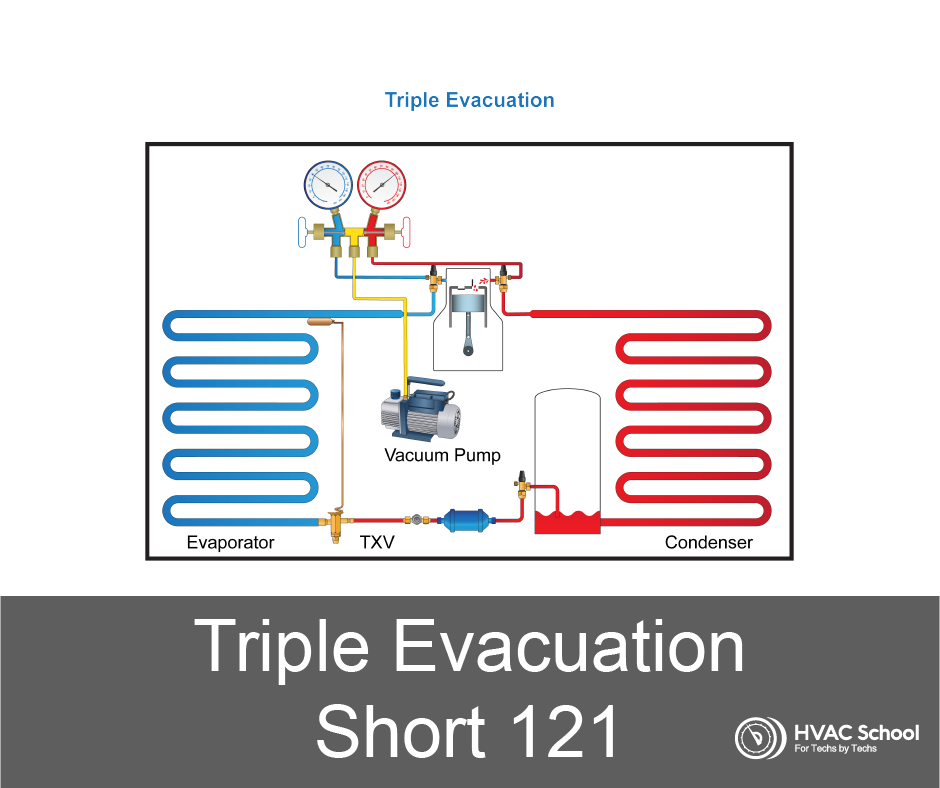 In today’s short podcast, Bryan explores triple evacuation. Many people believe that we don’t like triple evac, but that’s simply NOT true. We’re here to set the record straight.

If the manufacturer tells you to follow triple evacuation processes, then it’s a good idea to do what they say. We won’t argue with that. However, our argument is that the procedure can be more time-consuming than it’s worth when it’s NOT necessary.

Deep vacuum technically counts as a vacuum pulled below 500 microns (in residential, that target is usually 200-300 microns). Most modern micron gauges and tools make it easy to achieve a deep vacuum. In a triple evacuation, you pull the vacuum three times (instead of once). Between pulling vacuums, you break with nitrogen before pulling the vacuum back down.

Triple evacuation originated in a time when micron gauges and vacuum pumps were less reliable. We did not take deep vacuum very seriously, especially since mineral oil (MO) typically did not break down inside the system. (Modern oils like polyolester/POE break down rather easily, so pulling a deep vacuum is much more vital nowadays.)

Instead of merely breaking with nitrogen, Bryan recommends flowing it. It’s best to flow the nitrogen with force to move the oil around more effectively. In turn, your vacuum will pull down more quickly and efficiently.

Join us as we cover: