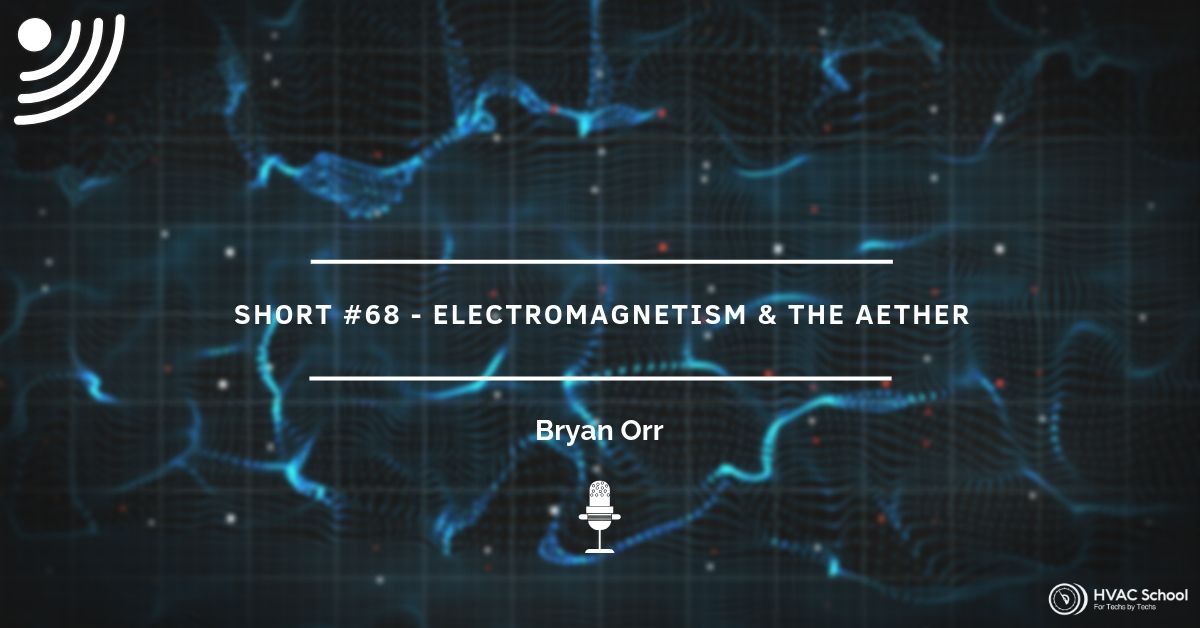 In this short and nerdy science podcast, Bryan discusses how electromagnetism impacts every part of our lives. Electromagnetism refers to the movement of electrically charged particles.

From transformers to the visible light that helps us see, the movement of electrons is a critical part of our lives. For example, light is an electromagnetic wave within the visible part of the spectrum. On the more complicated side, AC motors generate a rotating magnetic field, which generates electricity. Transformers can also step down or step up voltage via two electrical coils that transfer energy via magnetism; electricity moves on the other side.

Electromagnetism deals in waves. The distance between these waves varies, and the space between each wave is called the frequency. Many radio stations nowadays rely on frequency for listeners to tune in, and you can fir several stations just between the values 88 and 108. With TV, you wouldn't even get a single channel in that range (88-108 is somewhere between channels 6 and 7 on the old VHF analog system). Frequency rates also dictate many properties of a wave.

Radio waves and microwaves are on the low-frequency side of the electromagnetic spectrum, whereas ultraviolet and gamma rays are on the high-frequency side of the spectrum. Visible light is right in the middle, and frequency helps us determine which color we see. Waves move through a vacuum and can self-propagate, but old scientists believed that waves moved through a substance called the aether.