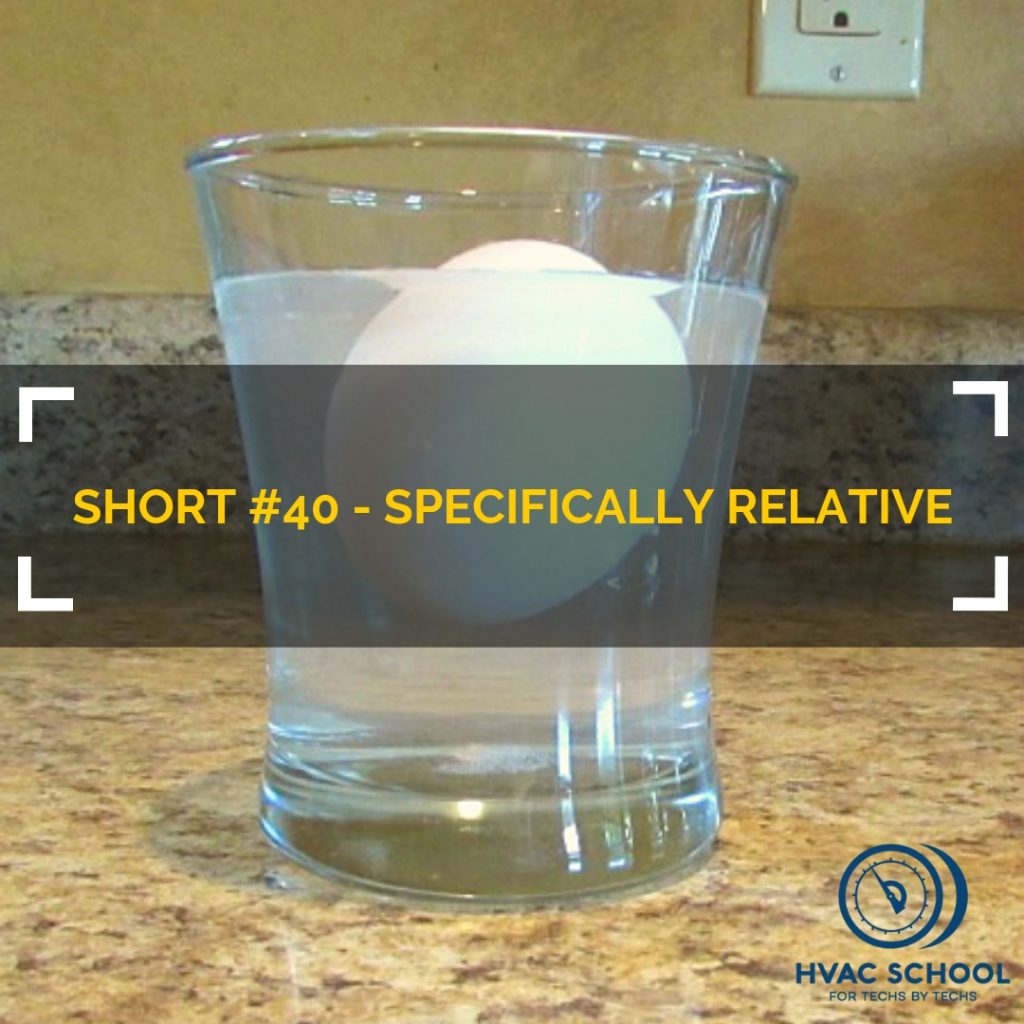 In today's short podcast episode, we talk about specific gravity, also known as relative density. We explain why it matters to technicians.

When we talk about specific gravity, we're actually talking about density. We're actually using that value to assess how a vapor or liquid's density compares to air or water, respectively. Regardless, we are working with the pressure conditions of 14.7 PSIA, or atmospheric pressure.

In the case of liquids, we're relating them to water is at its densest, which is 39.2 degrees Fahrenheit. You may have noticed that ice cubes float in water. That's because water becomes less dense as it gets colder than 39.2 degrees and when it freezes. Ice is less dense and more buoyant than water.

Gases can also rise or sink based on how much lighter or heavier that gas is when compared to air. If the specific gravity of a vapor is less than one, it will rise to the ceiling. Natural gas is an example of that. If the specific gravity of a gas is greater than one, it will sink. LP is heavier than air and will sink. Therefore, LP is a bit more dangerous than natural gas because of how it takes up space due to its interaction with the air.