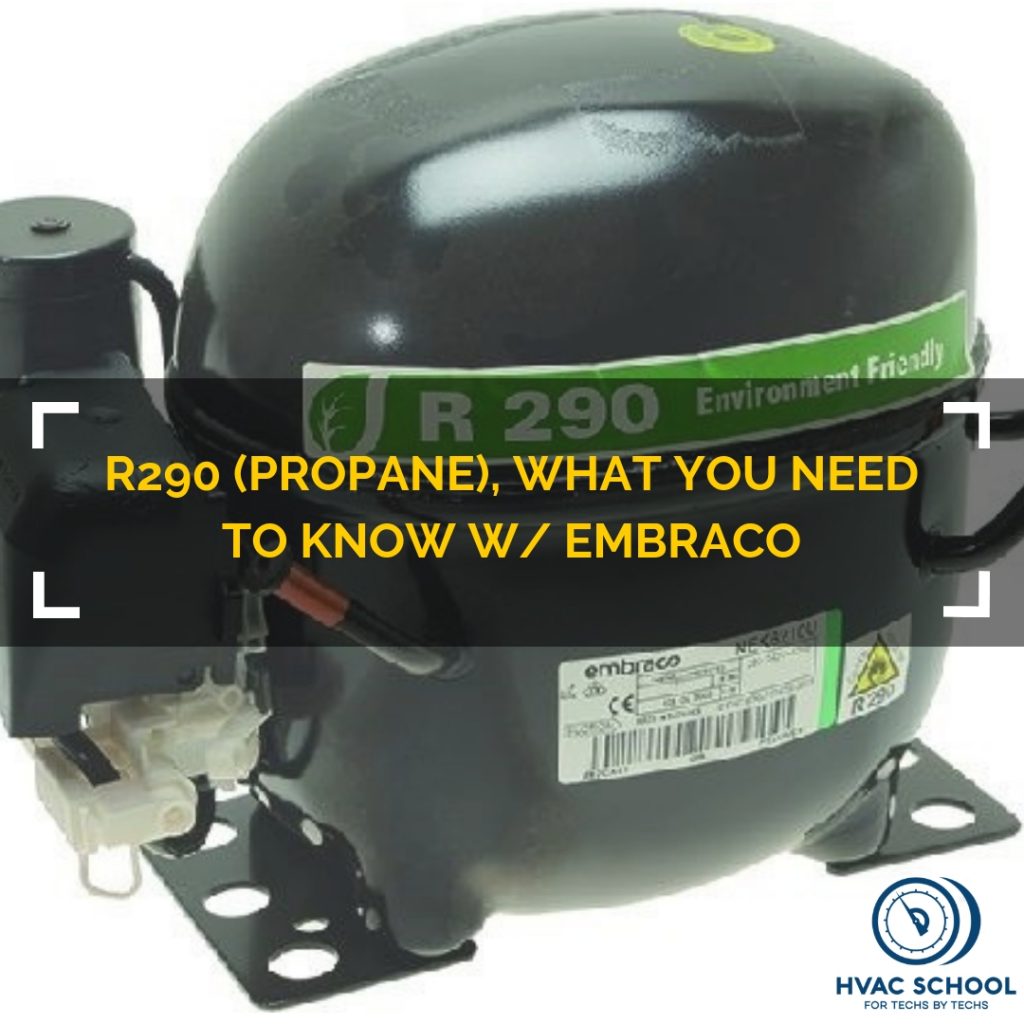 In this episode, we speak with Embraco about R290 (Propane) refrigerant, hydrocarbons, and what you need to know about them. Embraco is primarily focused on compressors and is involved in the residential and light commercial market.

R290 is flammable, but most techs' aversion to working on those systems likely stems from a fear of the unknown. These systems have several safety controls that prevent gas leakage from getting in contact with sparks. So, these systems rarely ever catch fire. Embraco also has a commitment to putting safety first when they design compressors.

You can also vent R290 to the environment, which you can't do with many other refrigerants. Unlike other refrigerants, R290 has a very low global warming potential. R290 and CO2 are not perfect, but they will be the future as we move away from ozone-depleting substances and greenhouse gases.

R290 is also making its way into the residential sector. You can find it in smaller applications, such as mini-fridges and even some other domestic refrigerators.