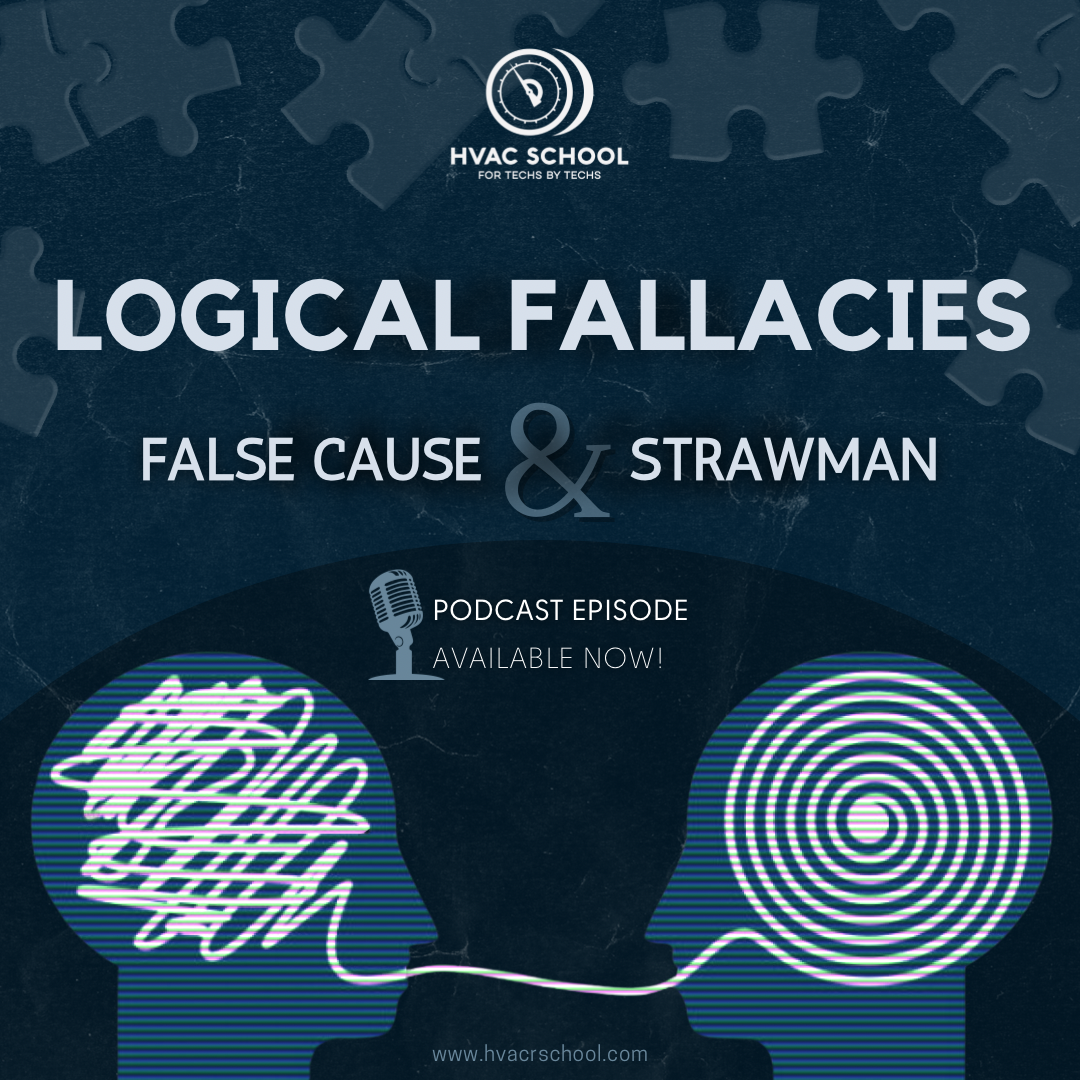 Nathan Orr joins Bryan to talk about some logical fallacies, namely the false cause and strawman. They explain how those fallacies show up in the trade.

It’s difficult to present arguments without using fallacies, but people tend to rely on fallacies to uphold extreme religious or ideological viewpoints or conspiracy theories. Fallacies are also often easier to communicate than nuanced science and data.

“False cause” relates to the phrase “correlation does not equal causation.” It can be tempting to link coincidences and say that one thing causes the other, but that could very well not be true. For example, more compressors fail during lightning storms. It’s reasonable to assume that lightning causes the failures, but lightning is not simply striking all of the compressors; other power outages and other conditions that happen during storms are more likely plausible causes.

Confirmation bias also makes it easy to cling to a false cause. People are likely to disregard data that doesn’t align with what they already believe.

A strawman misrepresents (or deliberately misstates) another argument to make it easier to attack. People often apply the strawman fallacy to conversations about forming ice in a system during vacuum and duct sizing. Strawman arguments happen more often in business matters, especially if people impugn the intentions of the other party.

In many cases, being open to new information will prevent you from falling prey to logical fallacies.