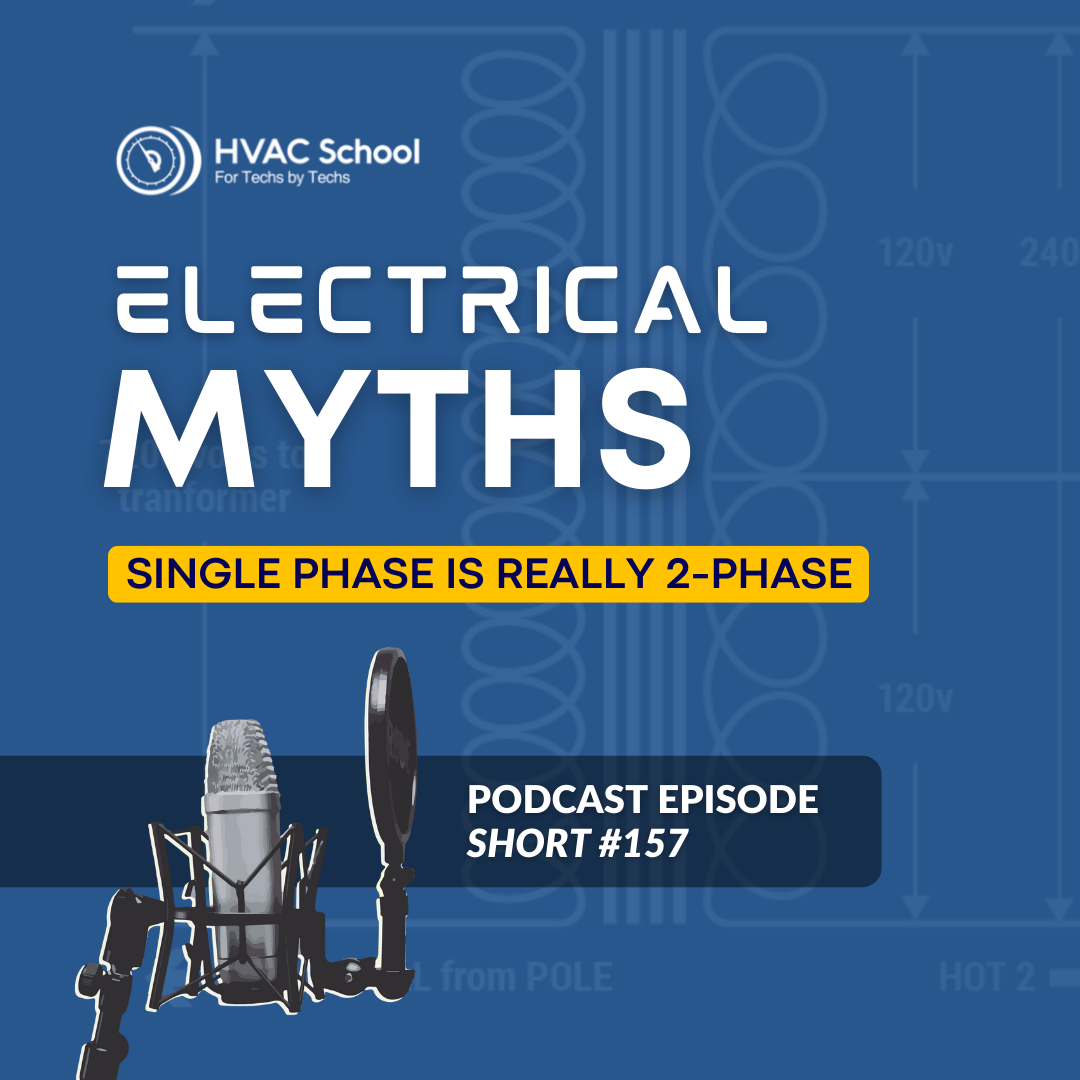 When power goes into a structure that runs 240v appliances, we may understand that two 120v sine waves are 180 degrees out of phase with each other, but that isn’t 100% accurate. If we were to use an oscilloscope to watch the electrical sine waves, we would see two sine waves 180 degrees out of phase because the transformers are center-tapped. Center-tapping creates a neutral center point that becomes our reference.

Remember: only one phase comes from the power company. We only appear to get two separate waves because of our available point of reference.