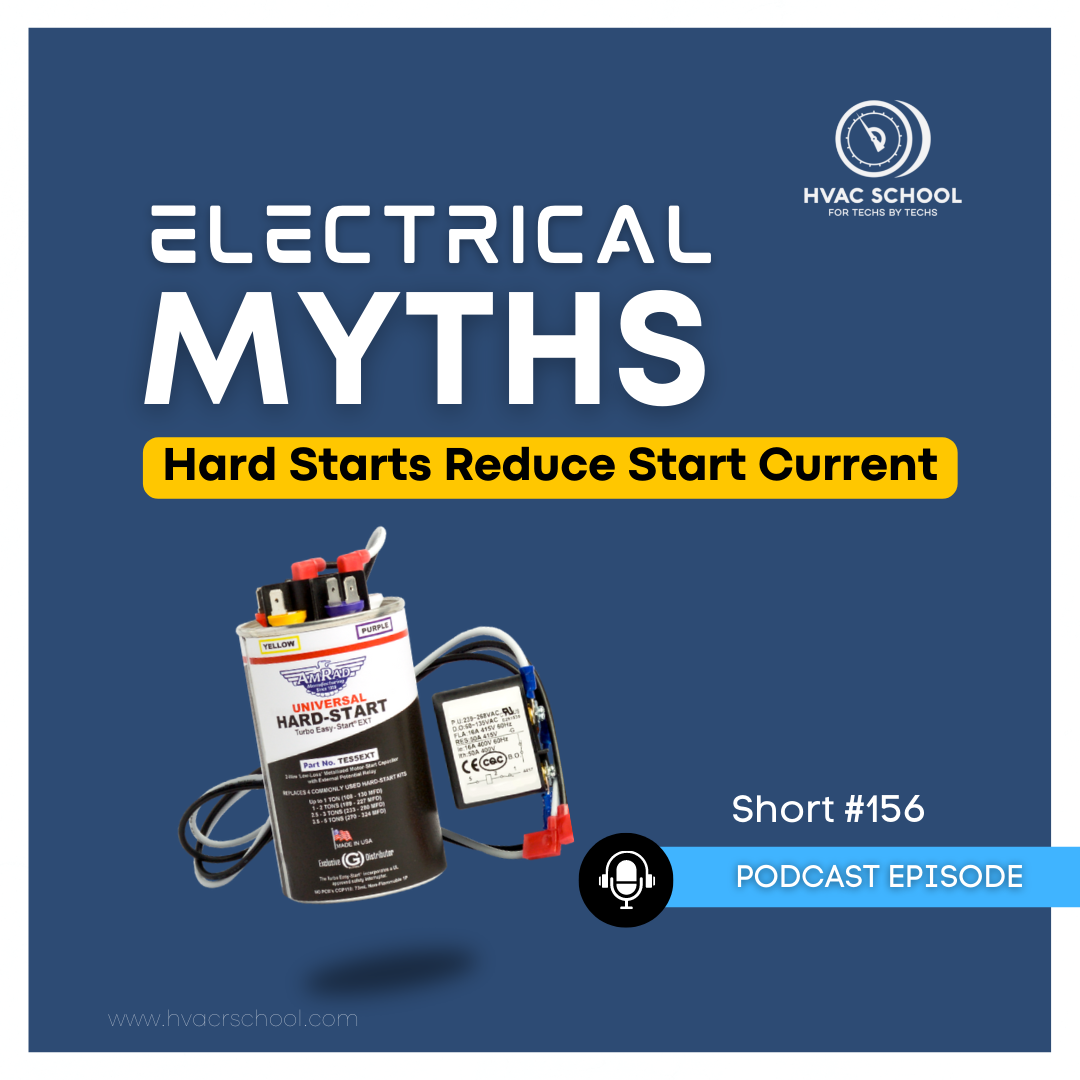 In this short podcast, Bryan busts the myth that hard starts reduce the start current on the run winding of a compressor.

A single-phase motor’s main winding is the run winding; it has a lower resistance and a higher current than the auxiliary winding, also known as the start winding.

Hard start kits are often used on HVAC systems with single-phase compressors (which usually have PSC motors). These kits usually consist of a start capacitor and a potential relay, which takes the start capacitor out of the circuit. We don’t typically use hard starts on three-phase motors or ECMs.

Single-phase compressors often have to start under a big load, especially in long-line applications (at the manufacturer’s recommendation) or if the compressor simply has a hard time starting. In cases where you have a voltage drop or low voltage, particularly due to long branch circuits, you may also use a hard start kit. However, they do NOT reduce the starting current or “save” compressors.

Soft starts are different entirely; they CAN reduce starting current.