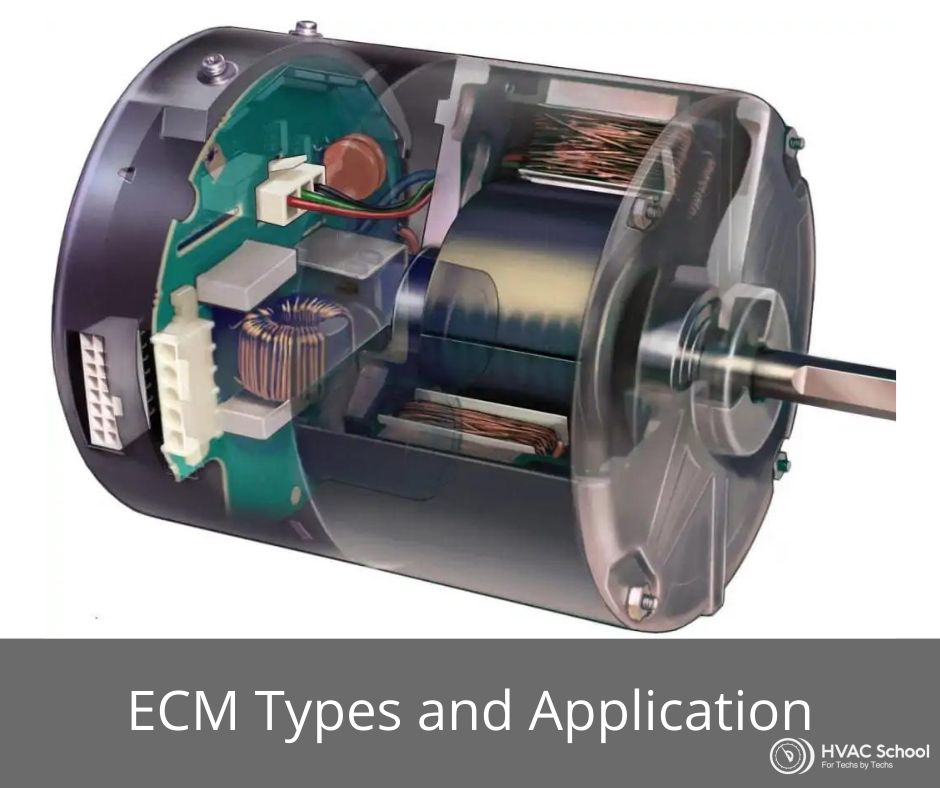 In this podcast episode, Bryan and Chris Mohalley of Regal Beloit discuss the different types of ECM. They also cover applications where you can expect to find ECMs.

In the HVAC industry, we typically use three types of motors: constant-torque, constant-airflow, and constant-speed. Every ECM works on electronic commutation, so constant-torque motors use that to maintain torque output (X13). The constant-airflow motor is also known as the variable-speed motor, and it is one of the first ECM types. We typically only use constant-speed motors in outdoor fan motor applications. Likewise, we generally use the first two motor types for indoor fan motors inside air handlers.

ECMs were NOT designed to address the static pressure problems of PSC motors and duct issues; variable-speed motors may attempt to compensate for duct problems, but that's not its purpose. (Variable-speed motors work like cruise control in a car.) However, when motors compensate for poor duct systems, they could run higher RPM than desirable in order to hit the system targets and can generate excess heat.

Check out some more ECM resources at regalmmu.com.

2 responses to “ECM Types and Applications”