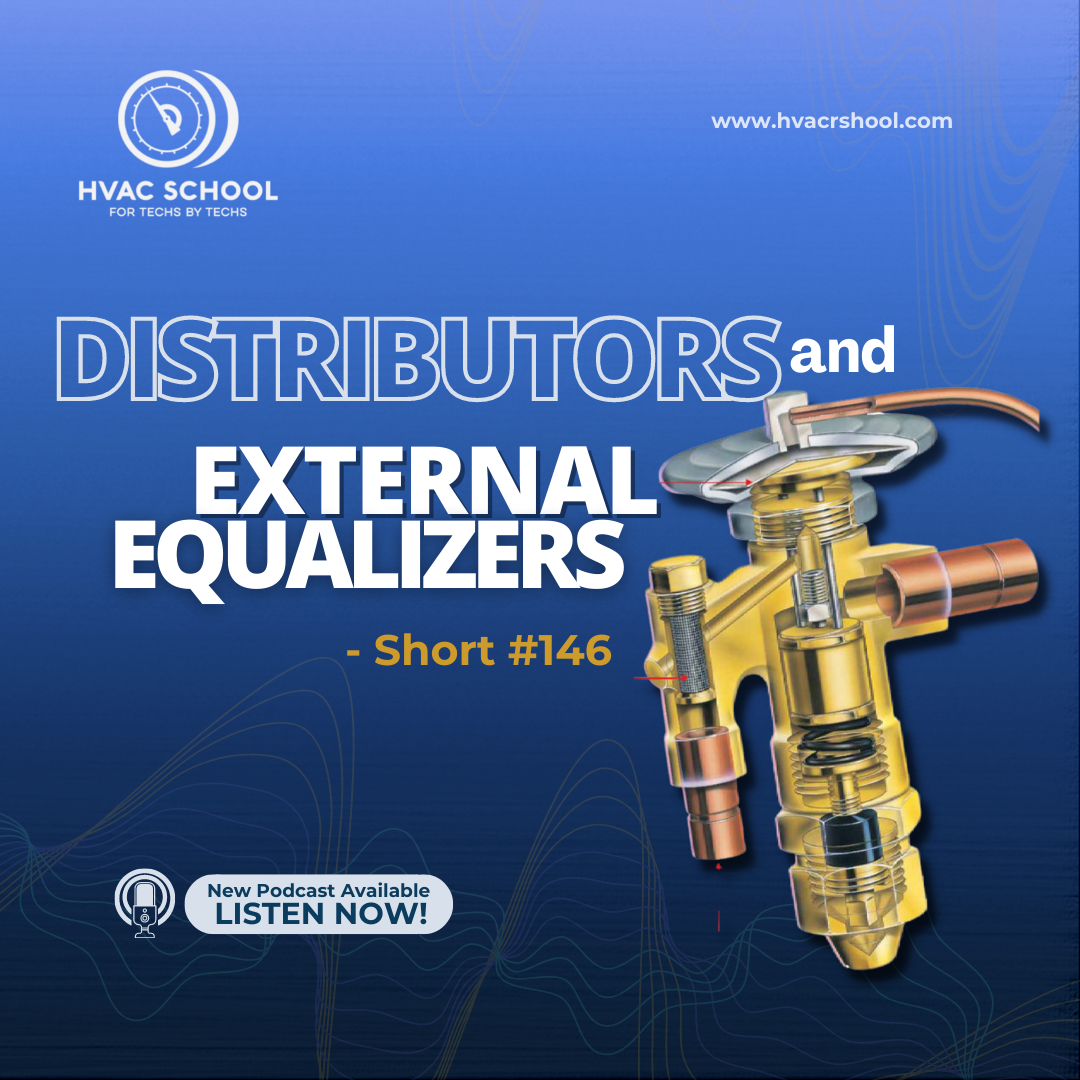 In this short podcast, Bryan talks about distributors and external equalizers and why we need to use them together.

However, that pressure would be higher than the common suction pressure. That’s because distributors and distributor tubes also have a pressure drop associated with them AFTER the metering device.

Nowadays, TXV systems have external equalizers, which create an equalizing force inside the valve. The bulb pressure forces the valve open, and the equalizer pushes against that pressure to create a closing force. An internal equalizer would work fine on a system without a distributor or distributor tubes; however, those systems are few and far between. We need an external equalizer on systems with distributors because the pressure at the end of the evaporator coil is significantly lower than the pressure picked up by the valve. Without closing force, the TXV would theoretically force itself all the way open and flood the evaporator coil.

External equalizers can get clogged, which results in a pressure buildup during the off cycle and forces the valve closed. They can sometimes get clogged when used on a Schrader port without a Schrader depressor inside the equalizer.

Some people attempt to fabricate distributors in the field. It works in some cases, but in many cases, it’s best to use an engineered distributor for the best performance and efficiency. The distributors are individually designed to create an individual pressure drop.