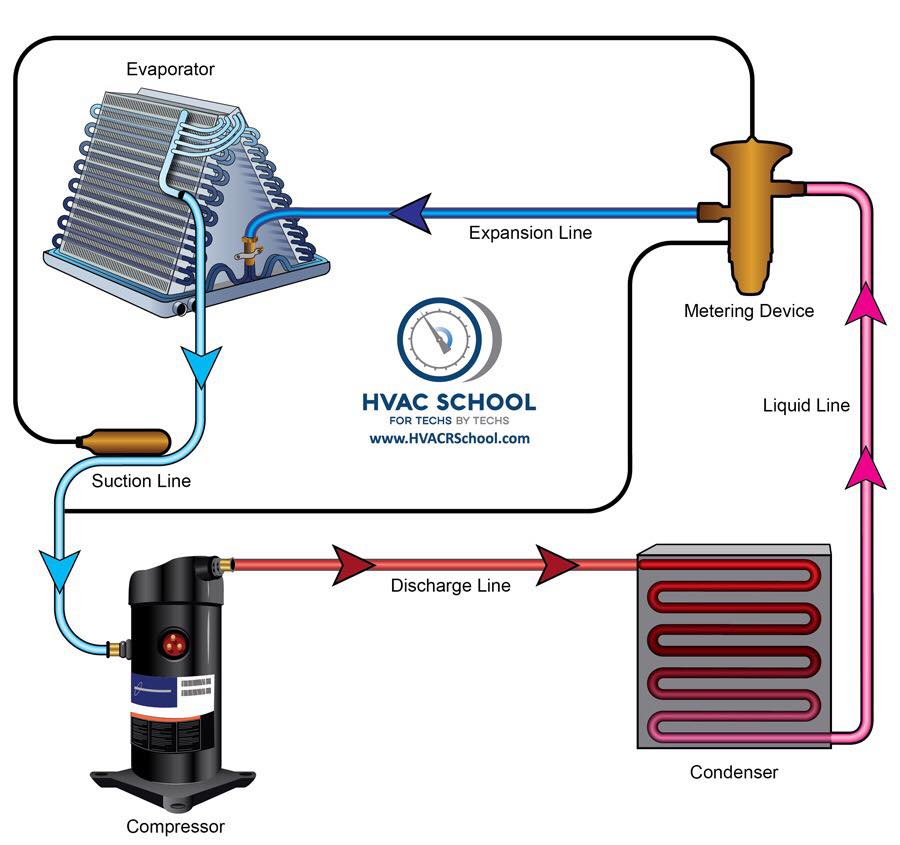 Bert (Kalos tech) and Keiran (Kalos apprentice) join Bryan in the studio to talk through the basic refrigerant circuit and how it functions. They talk about the compressor, condenser, metering device, and evaporator as well as the four lines and the states of the refrigerant as it travels. We have already covered all of the basic components in earlier podcasts, which you can check out HERE; we focus more on accessories, refrigerant movement through the circuit, and scientific concepts in this episode.

The four lines that move refrigerant are the suction line, discharge line, liquid line, and expansion line. The suction line moves cool superheated vapor from the evaporator to the compressor. Then, the discharge line moves very hot superheated vapor from the compressor to the condenser. The liquid line runs warm subcooled liquid from the condenser to the metering device. Of the four lines, the expansion line is a bit controversial, as it doesn't even exist in some systems. It runs from the metering device to the evaporator and expands the liquid refrigerant so that some of it can flash at the evaporator inlet. You may see an expansion line on mini-splits, but many typical residential split systems will lack an expansion line.

The suction line draws vapor to the high side of the system, and the discharge line discharges high-pressure vapor to the condenser. A liquid line gets its name from the fact that it carries liquid to the metering device. The expansion line gets its name because it expands the liquid/vapor mixture (reducing pressure, continuing the metering device's job).