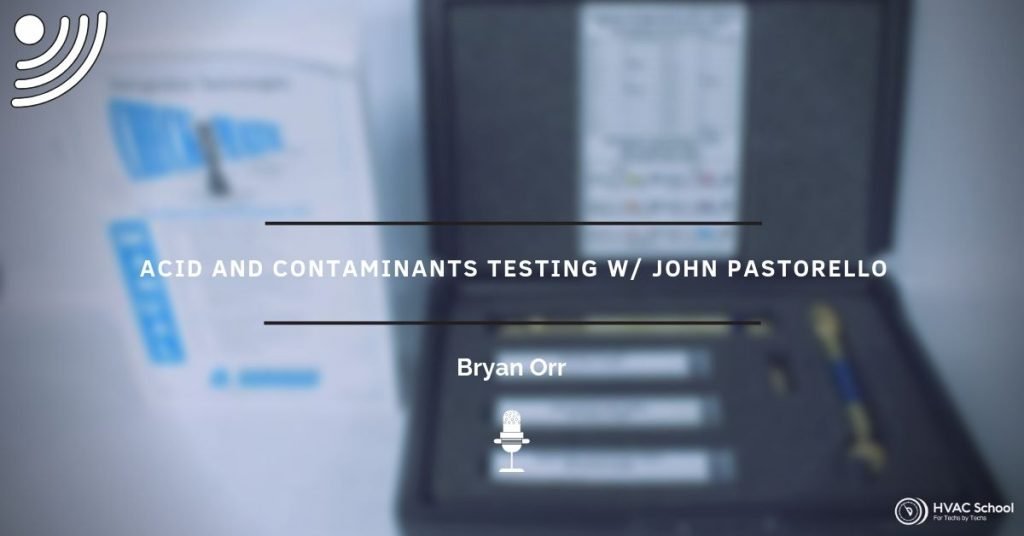 John Pastorello from Refrigeration Technologies joins us to talk about testing oil and refrigerant for contamination. He also explains what each test is good for. John developed the Checkmate testing kit when he recognized a need to test reclaimed and recycled R-12 for acid and moisture.

The Checkmate method removed a small amount of refrigerant from the system for testing. The Checkmate apparatus hooks up to a refrigeration system to test the oil. You insert a tube with a rubber stopper, and you can draw refrigerant from the system when the tool pierces the rubber stopper; the method is similar to drawing blood. The kit then assesses the acid content in the refrigerant and creates a colored stain that indicates the acid content. You can use an included color chart to interpret the stain color.

Checkmate also assesses oil based on its dielectric strength; contaminants can give oil conductive properties, which the test picks up on. Unfortunately, oil breakdown can happen even when technicians use best practices, and it's commonplace on aging systems. Some tests only pick up on acid, not moisture. However, Checkmate picks up on the moisture content as well, which can be an indicator of future acid problems.

Many technicians don't perform oil testing frequently enough; if they test the refrigerant or oil at all, it's only infrequently, such as during PMs. More frequent testing could occur with easier testing methods, such as by using the Checkmate kit, and it could save HVAC system owners lots of money in the long run.