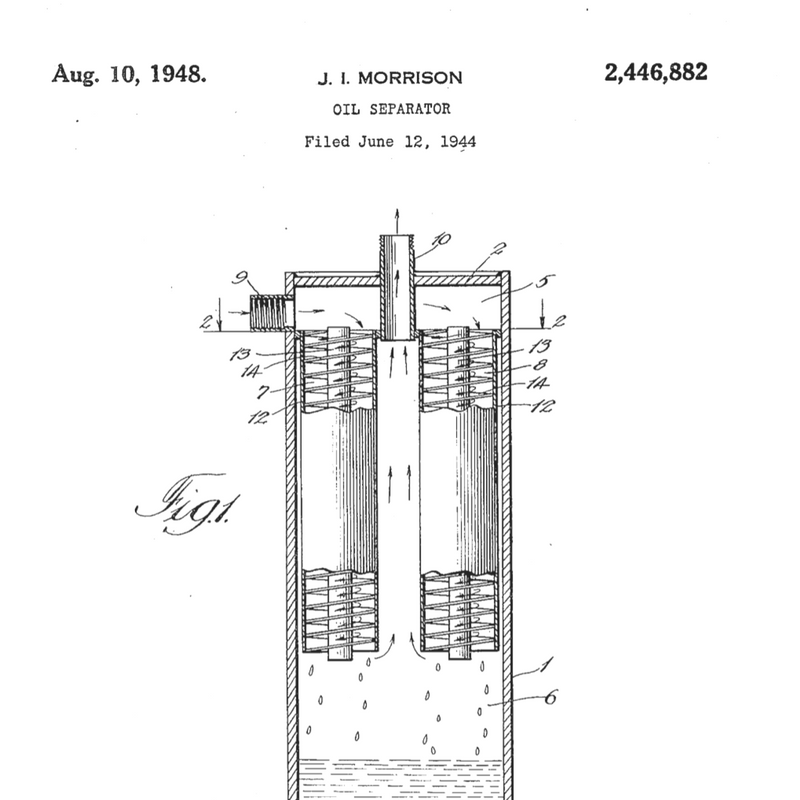 Then we get into larger equipment. Due to what can be extreme swings in load that result in wide swings in suction line velocity, oil return isn’t always what we’d like to see, even with proper trapping and line slope, so rather than allowing that oil to load up the evaporators and affect heat transfer (among other problems an oil logged evaporator can cause), we install systems to prevent the oil from ever leaving the mechanical room.

I'll try to lay this out in a step-by-step manner, adding layers of complexity as needed.

That's step one: separating any oil from the discharge gas leaving the compressor. There are three basic methods used for this (in order of effectiveness):

Now that we've captured the oil, half of the job is done. We've prevented it from going out into the system, and now we basically have a bucket full of oil under discharge pressure we’ve got to manage.

One thing to remember is that oil tends to accumulate the worst of the garbage in the system, so a quality oil filter is necessary. To prevent problems with clogging fine orifices, needle valves, and pressure regulators we’ll encounter in our oil management systems, that filter should be installed as close to the oil separator as possible.

Things start to get interesting from here, so I’m going to try to explore the simplest methods first and dig into more and more complicated oil management strategies as we build an understanding.

Probably the simplest management strategy is one of the most modern ones. These strategies include a direct oil level management system or an electronic float at each compressor. The latter monitors the oil level in each crankcase. As that compressor pumps out the small amount of oil that it normally pumps, the electronics package energizes a solenoid valve to let that oil back into the crankcase. There will typically be a small orifice within this valve so that feed happens rather slowly but fast enough to prevent the level from dropping low enough to cause a problem. 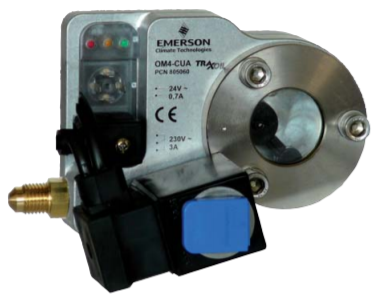 However, most equipment out there isn’t quite so simple, direct, and easy to understand.

None of the other systems use electronics to manage oil flow, so from here on out, all controls are mechanical.

The next type of system uses mechanical float-type regulators bolted to each compressor to monitor the oil level in the crankcase. As before, when the level drops, the regulator needs to add oil back into the compressor. Much like a toilet tank or other float-controlled device, the float opens a needle valve to allow oil into the regulator. The actual oil level within the regulator is adjustable within a fairly narrow range.

For this control to regulate properly, we need to reduce the oil pressure to a safe level. If we fed these regulators oil at discharge pressure, the high-pressure differential would force the small needle valve inside open and allow the regulator to overfeed and overfill the compressor.   Instead, we install a valve between the separator where the oil is at discharge pressure and the regulators on each compressor to reduce the pressure down to typically about 20# above crankcase pressure.

Adding a couple of layers of complexity to the system, we arrive at what is probably the most common type of oil system in use on parallel refrigeration equipment today.

Oil drains to the bottom of the separator vessel. As the oil level rises there, it opens a float valve. Oil passes through the float valve into a reservoir tank. The reservoir tank serves two purposes. First, it simply holds the oil until it's needed. Second, through a special check valve installed between this reservoir and the suction header, the oil pressure is lowered to that same 20 pounds above the suction pressure figure. These check valves are available in different pressure differential settings, but 20 pounds is the most common. 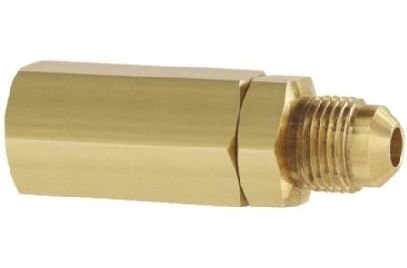 One other common feature in oil management systems like this is an equalizing line. We all understand that two containers of any liquid will have the same level in them due to the self-leveling nature of liquids. This equalizing line, in theory, connects the crankcases of all compressors together to create a self-leveling system. It doesn’t always work quite as well as hoped for because there can be different pressures in the crankcase of a running and non-running compressor. We’ll dive a little deeper into that as we move into troubleshooting oil problems.

While these systems seem complicated, and they have a lot of moving parts that can fail. They really boil down to oil level and pressure differential. We need to maintain a level of oil in the compressors and the reservoir or separator and maintain enough pressure differential to keep that oil moving. Lose one or the other, and you’re not going to stay running for long.

Let’s kind of walk step-by-step through a troubleshooting process until we find or eliminate all problems. First, I look at all compressor levels and the reservoir level. If I’ve got a lot of oil in the compressors, I want to check equalization lines. If they’re all consistently low, I’m going to start looking at the oil management system.

To evaluate the oil management system, start by checking the temperature leaving the oil separator. The line leaving the separator should be warm to the touch (100°F). I like to put a thermometer that logs min/max temps and observe it for 10 or 15 minutes. You’ll see the temperature climb and drop as the oil float inside feeds. No feed? It's time to consider the float inside as a problem. 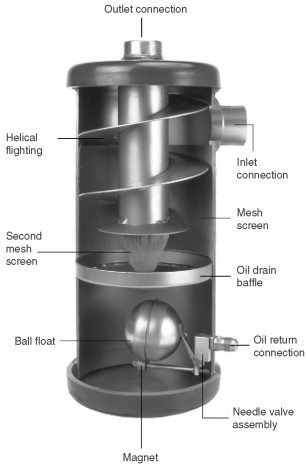 The next step for me is to start checking each individual oil level regulator. I’ll normally uncap the adjustment stem, turn it CCW to the top stop, count the turns, then adjust it down (CW) to a midpoint, typically five turns. If any are wildly out of adjustment, I single that compressor out for some additional attention. It is very important not to adjust these controls more than 10 turns from the top stop. The adjustment range is limited, and adjusting beyond that limit will ruin the control, regardless of its condition before you worked on it.

I mentioned crankcase pressure earlier, and this is an issue that can be problematic with oil issues. As the rings wear in a compressor, we can see some discharge blowby into the crankcase. Not enough to warrant the replacement of the compressor, necessarily, but enough to sometimes cause issues with oil. First, if we put additional pressure into one compressor, that unbalances the oil equalization system by pushing oil in unwanted directions. Second, by increasing the pressure in the crankcase over the suction pressure, we reduce the net oil feed pressure, slowing the oil feed rate.

To check a compressor for a pressurized crankcase, install a gauge on both the suction port and the crankcase. If the pressure within the crankcase is more than about two pounds higher than suction, you may have some problems.

A few other kinds of random thoughts on oil failure trips and trouble:

These are three-phase motors. A contactor with severely pitted points or a contact that doesn't make good contact can cause a temporary single-phase, prevent the compressor from running, and create a situation where the oil control is energized, but no pressure is created by the compressor. Always check the contactor.

Screens and filters: since the oil system tends to collect all of the garbage in the system, oil systems tend to have a high concentration of filters and strainer screens. From the impingement screen and coalescing element in a coalescing separator, screens are a huge problem. To add to that, the screens, an oil filter, the float at the bottom of the separator, the pressure reducing valve, and the screens and valves in each individual oil level control, often an oil pickup screen in the compressor itself, and many points can become obstructed by the debris in an oil system. Regular oil filter maintenance is important for a reliable system. 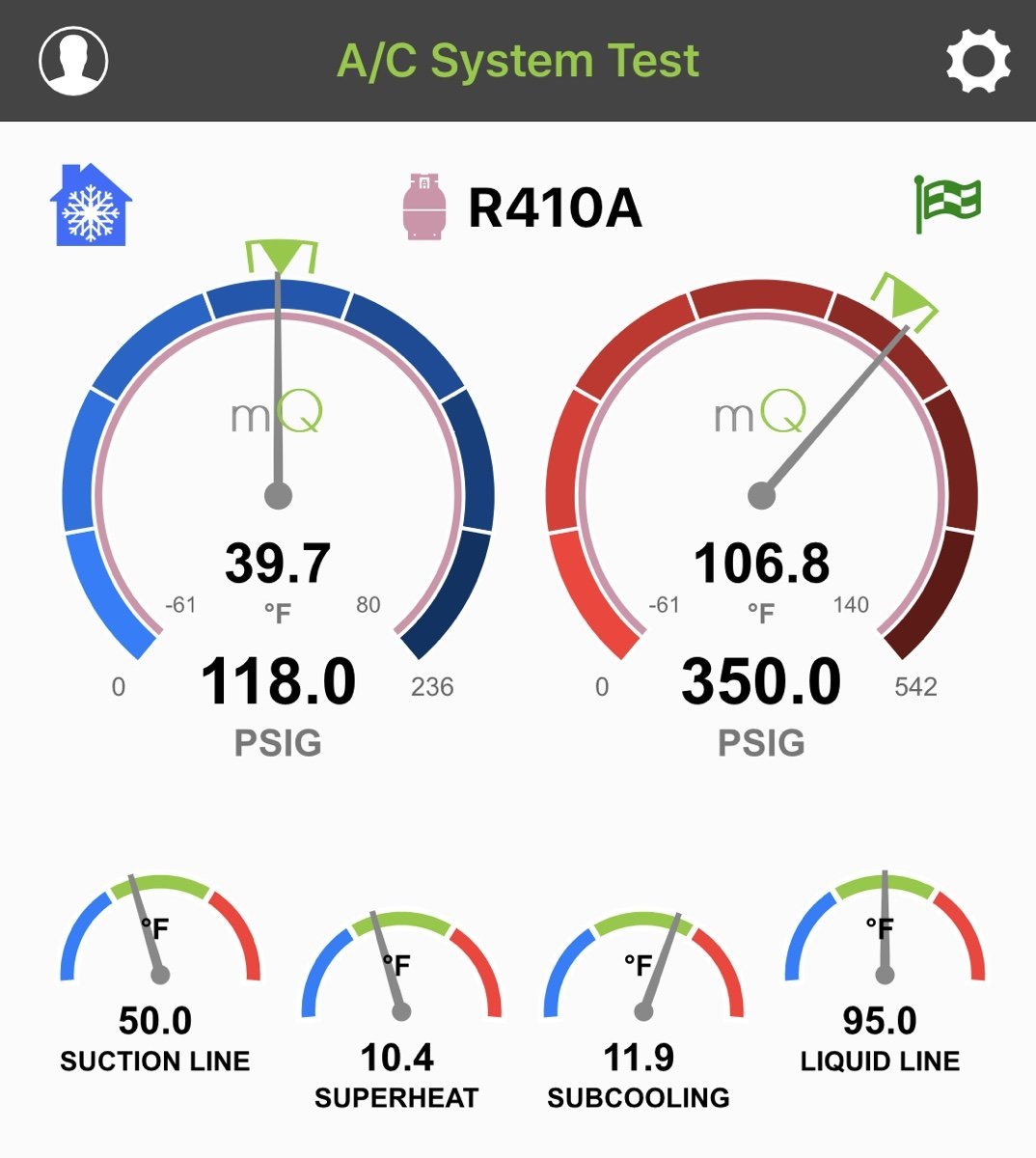 Law of Perfect Gas
The general law of perfect gas is a combination of Boyle’s and Charles’s laws. Each of those laws neglected pressure, temperature, or volume in their formulas. The law of perfect gas combines the two, clearly establishing the relationship between all three variables and giving those laws a much more practical use in our field. We […]
Read more 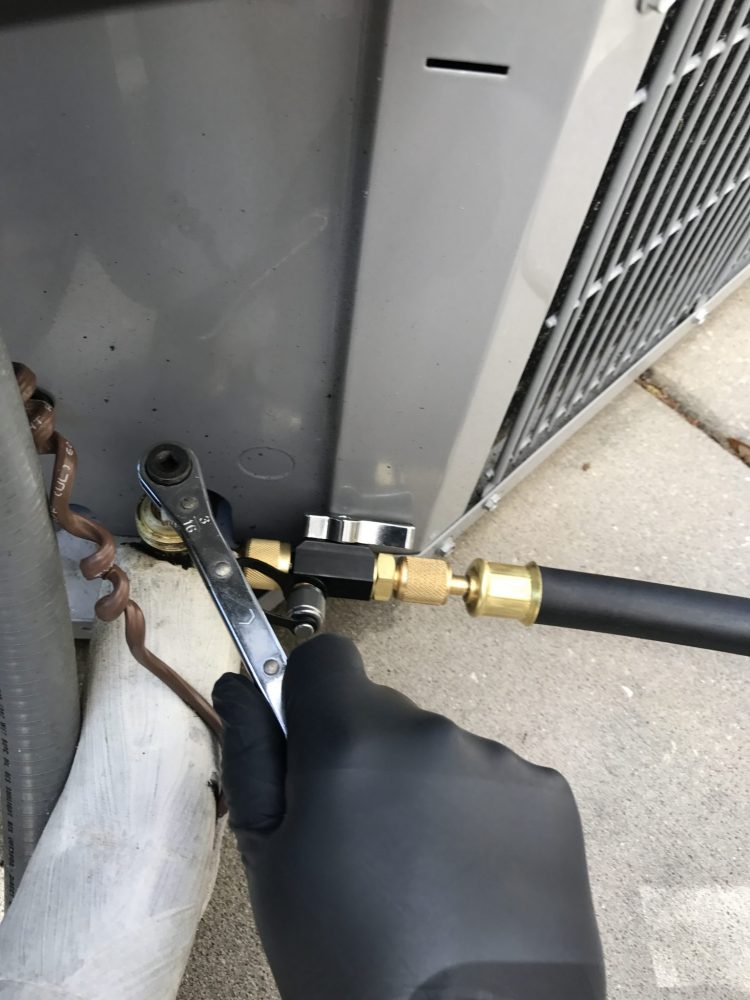 Which Valve Do I Open First?
Testo 557 vacuum gauge and Appion core removal tools shown I've had a change of heart. Back in the early 2000s, during the big construction boom, I did many system startups on residential units for a large company I worked for. When installers ran the line sets prior to startup, they weren't always very careful […]
Read more 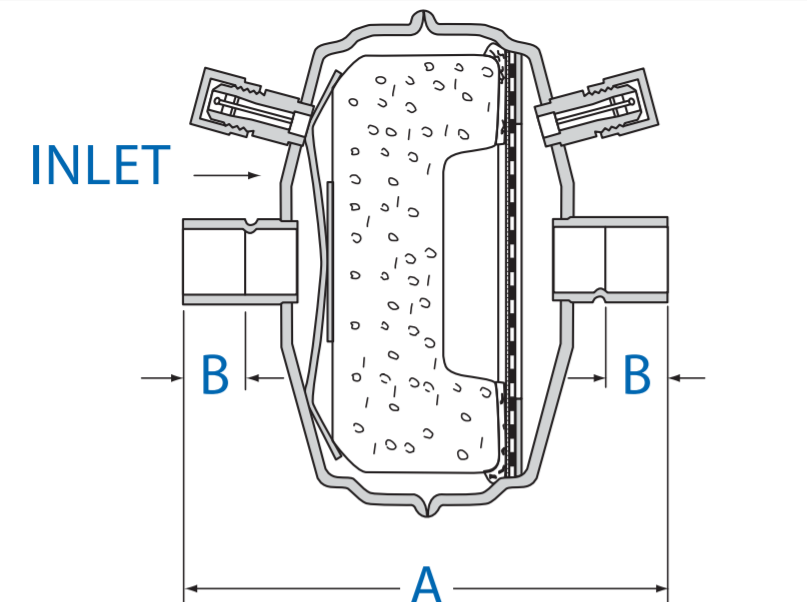 Don't Forget the Suction Filter/Drier
Courtesy of Emerson It is important to have refrigerant that is free from debris and contaminants, and we control these issues on many different fronts. 1. Proper tubing handling preventing copper shavings, dirt, and water from entering while installing. 2. Flowing nitrogen while brazing to prevent carbon build-up. 3. Deep vacuum of 500 microns or […]
Read more
More tech tips

One response to “Oil Management and Diagnosis”