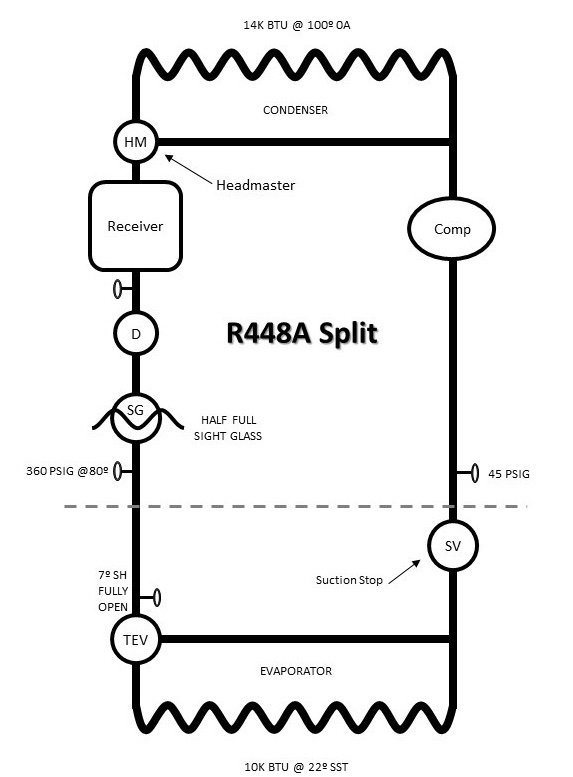 The following is based on a true story. No product was harmed in the making of this tech tip, and some facts may have changed to protect the guilty and because I forgot some of them.

We got a job installing a new 1-to-1 split refrigeration case with R448a, and it had a typical thermostatic expansion valve, headmaster, and a suction stop.

We installed it using all the proper procedures we talk about all the time.

Purge with nitrogen, flow nitrogen while brazing, pressurize to the factory mandated low side test pressure, pull a deep vacuum to 250 microns, and then do a decay test. Both sides pulled down nice and deep at the condensing unit and held.

That was until we started the unit up.

The head pressure was unusually high, and the sight glass wasn't clearing even though it showed subcooling.

After much consternation and hand-wringing, we recovered the charge, re-evacuated, and recharged with a virgin charge.

Now it ALL WORKED PERFECTLY!

Before I give you the answer, see if you can look at the diagram at the top and figure out what happened.

It's really not that complicated, but it's an easy sort of mistake to make.

When you pressurize a system with a non-bleed (hard shut-off) expansion valve, the valve will go fully shut when the evaporator/suction pressure goes high enough for the external or internal equalizer pressure to overcome the bulb pressure.

This happens because that valve has shut completely due to the external equalizer force overcoming the bulb pressure.

In this situation, we forgot to force open the suction stop before we vented the nitrogen and performed the vacuum.

This left the pressurized nitrogen trapped between the slammed shut TXV and the suction stop.

Once the system was turned on, the suction stop opened, allowing the nitrogen to mix with the refrigerant that caused the issue.

And hopefully, reading this will prevent you from making a similar mistake.

5 Things to Consider When Maintaining a Commercial Package Unit
If you are primarily a residential technician working on equipment under 5 tons, there are many similarities between the systems you are used to and 5-20 ton rooftop units common to the light commercial market. There are MANY additional things to consider on larger equipment, and here are just a few. Wash Fresh Air Filters […]
Read more 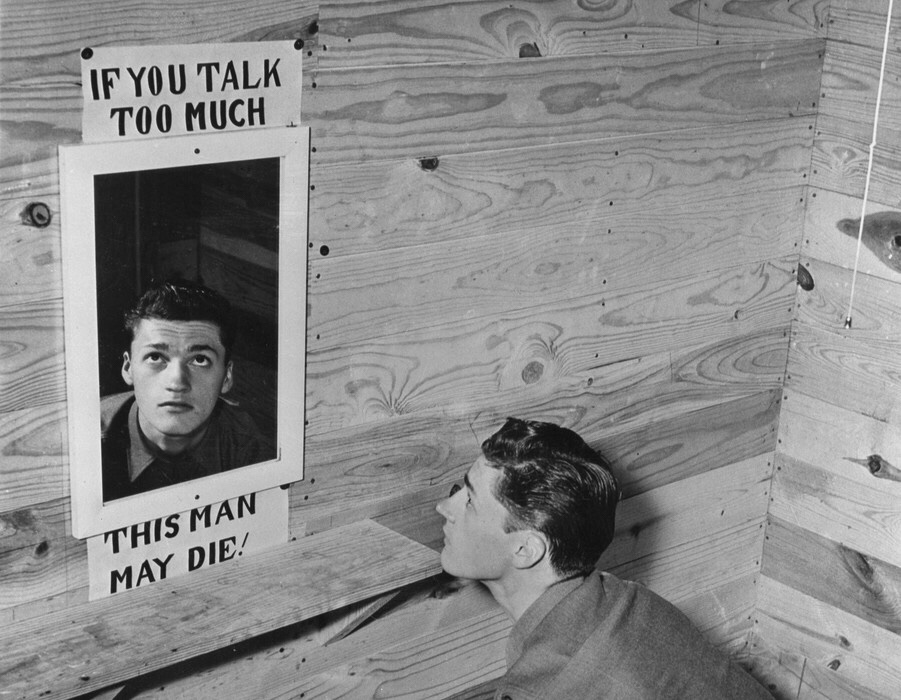 How to Make Better Decisions
That picture above is a WW2 poster reminding soldiers of informed self-interest, which is something we ought to consider when making decisions. We live in a world where we often make decisions quickly and expect to see quick results. That works whenever I buy from Amazon. I order a new belt, and it shows up […]
Read more 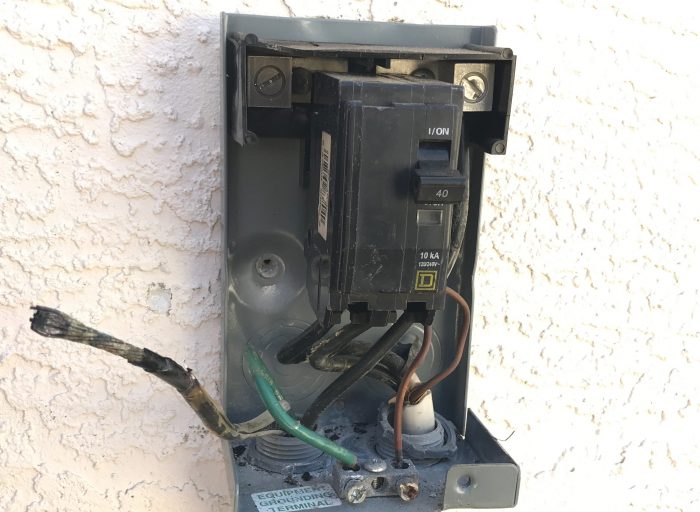 Checking Disconnects
Disconnects walk the fine line of being HVAC or electrical, but the HVAC technician is allowed to repair and replace disconnects in most places. Even if you work at a place where it isn't allowed, finding problems is a diagnostic skill you will want to have. As always, work safely with proper safety gear and […]
Read more
More tech tips
loading