Giving Thanks for the Hard Stuff 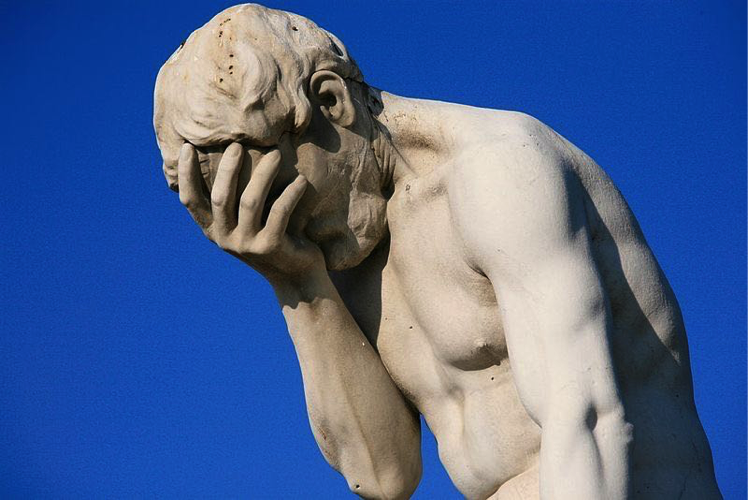 Trigger Warning: This article isn't specifically about air conditioning, and it includes a markedly Christian worldview. If you would prefer that I  “stick with the A/C stuff, preacher boy,” then this is one you should skip—or not. 🙂  Also, it's my birthday this week, so give me a pass.

Today, families all across the country will gather today to eat too much, watch football, and get into a political argument with their uncle or nephew that will lead to yelling in some families and passive-aggressive comments in others.

I don't advise political arguments at Thanksgiving, but if you are GOING to do it anyway, I suggest having a food fight to top it off. (Hint: The stuffing can be formed into balls and thrown with surprising velocity and to great effect.)

One tradition that we often practice on Thanksgiving (on non-food fight years) is writing down things we are thankful for and then taking turns reading them out loud (so cliché, I know).

It's a nice exercise, and I enjoy watching the faces of my mother, mother-in-law, and grandmother as their families give thanks; that alone is worth the tradition.

There are many things that always get mentioned: family, friends, food, our country, God, pets, and then a few joke answers, like Uncle Randy finally giving up his comb-over (we are Orrs, after all, and sarcasm is our love language).

Some things that never get mentioned are hardship, struggle, pain, suffering, sacrifice, and hard times.

As I thought through what I'm thankful for in the lead-up to this Thanksgiving, I reflected on a passage in Romans that has been on my mind a lot lately: 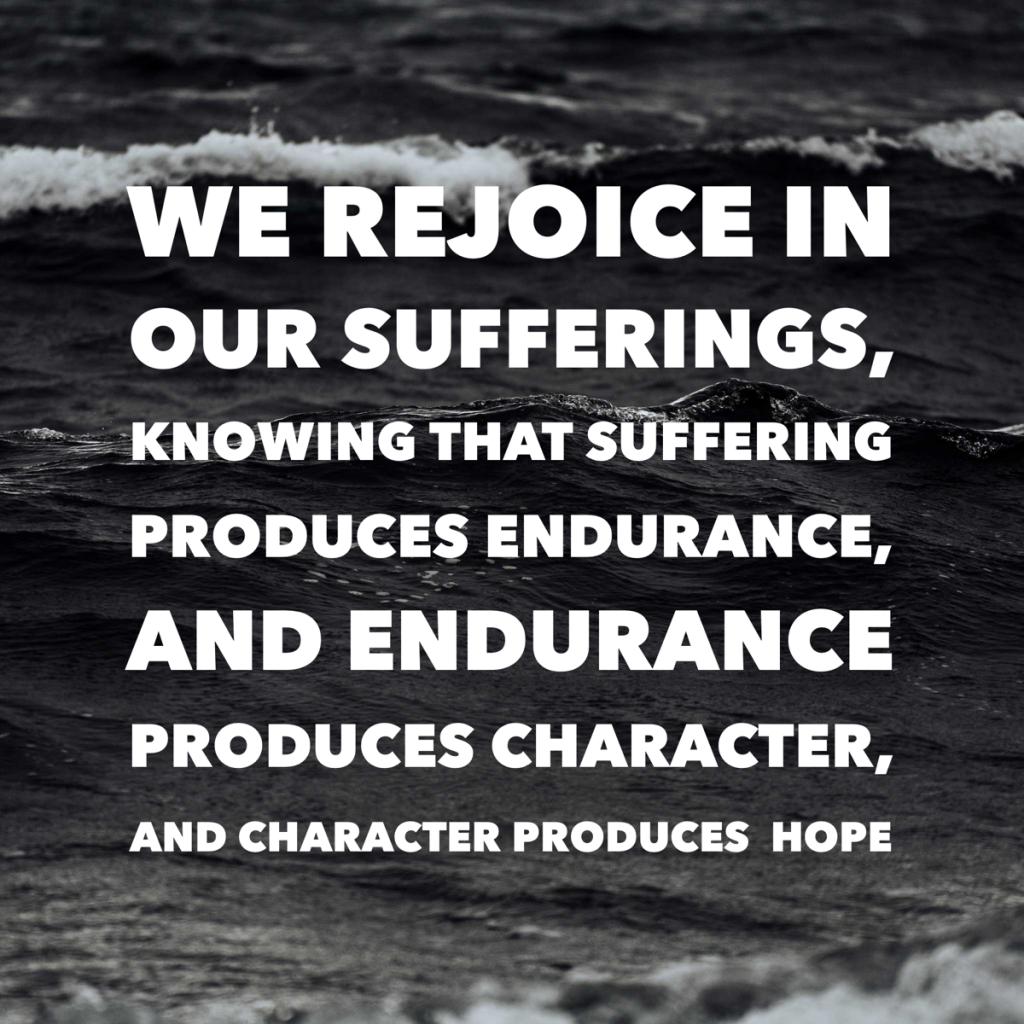 These words about rejoicing in suffering were penned by Paul around AD 58. The great persecution of Christians by the Roman emperor Nero occurred less than a decade later.

We are talking about a time in history when the very same people Paul wrote this to were fed to lions, crucified, and burned on stakes.

I've been through a few tight times in my life, worked some really long hours, and been mistreated a time or two. However, I've never been falsely accused of burning down a city and had my loved ones murdered for what they believed.

We can all agree that there are still guys like me all across the world reading and quoting from people who suffered deeply for what they believed in, something bigger than themselves.

A Practical Look at Hardship

Fast forward to our modern experience.

We can see the results of a generation of parents who tried to insulate their children from hardship and struggle. I grew up hearing people speak of giving their families “what they never had” or providing them with a “comfortable life” with more “free time.”

The result is 20-somethings who look for safe spaces and feel bullied and marginalized when the realities of “adulting” are so viciously forced upon them.

I say phooey to all of that “make life easy” tomfoolery. (Excuse my use of these words, I always look for openings to use them along with hogwash and poppycock, even if they need to be forced in.)

Don't worry; this isn't a “kids these days” rant, and there is nothing wrong with having a nice life. But good doesn't mean EASY.

Easy is the enemy of worthwhile.

Look at the sequence of events in the passage below.

Tell me that isn't dead-on accurate for people you know who have deep character. If you track backward, you will see they have the ability to endure and stay the course, even when it's hard. When you look one step behind that, I pretty much assure you there will be a story of struggle, hardship, and suffering to some degree.

I was married when I was just 18 years old and making $10/hr as a new junior service tech. I always wanted my wife to be able to stay home with the kids, and when she got pregnant on our honeymoon, that timeline was etched in stone pretty quickly. Those first years of barely scraping by were hard in many ways, but the mission of providing for my family was crystal clear.

The same was true when we started Kalos; things were tight, and every issue required my personal attention. A few years back, things started to get “easier.” There was a team around me, and money became less of a struggle. I lost some of the clarity of purpose that struggle provides, and frankly, I got soft.

Softness in the mind breeds complaining, whining, and entitlement.

Softness in the spirit and soul means you start to allow yourself to do things, think about things, and become someone that doesn't line up with what you believe is right.

And softness in the body… well, that's evident to everyone. 🙂

Paul says it like this in his letter to the Corinthians:

Therefore, I do not run like someone running aimlessly; I do not fight like a boxer beating the air. But I discipline my body and keep it under control, lest after preaching to others I myself should be disqualified.

Hardship and discipline lead to focus, and focus can help to keep us from becoming soft of character.

It's the courage to do what is right, the ability to be grateful even when times are tough, and the presence to enjoy the relationships around them without distraction.

I want my kids to have endurance and character, so I must not rob them of the gift of struggle. 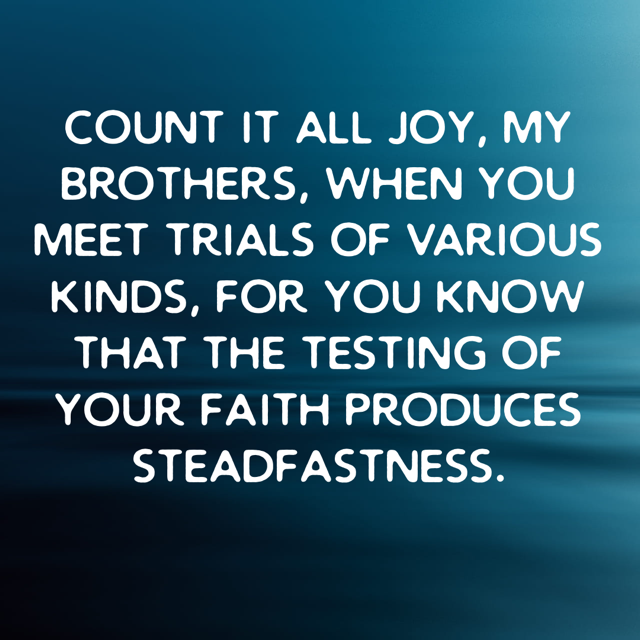 Rejoicing in hardship, even rejoicing FOR hardship as James encourages us to do in the passage above, only makes sense when we have faith in something bigger than our own temporary suffering.

For me, that's living my life for Jesus and seeking His glory in the largest sense, but many other things also tie into that.

I fail pretty badly at all of these every day, but waking up and fighting those battles as hard as I can is the battle I've been given at this stage in my life.

There will come a time when more difficult suffering will come: sickness, injury, big mistakes, and the death of loved ones.

None of us are making it off of this blue marble alive, and pain will always come, no matter how hard we strive for ease and comfort.

I don't know about you, but this Thanksgiving, I'm going to thank God for hardship and even suffering, and I will ask that He will grant me endurance and character sufficient to accomplish what I'm called to do while I'm here.

I feel strongly that:

We are defined far more by how we respond during hardship than by how we behave during easy times.

Our endurance and grace under fire are how we will be remembered. The only way to prepare for it is to steel our minds with the discipline of thankfulness for ALL THINGS, not just what we perceive as good.

Happy Thanksgiving, and may this holiday season be truly blessed for you and your loved ones.

8 responses to “Giving Thanks for the Hard Stuff” 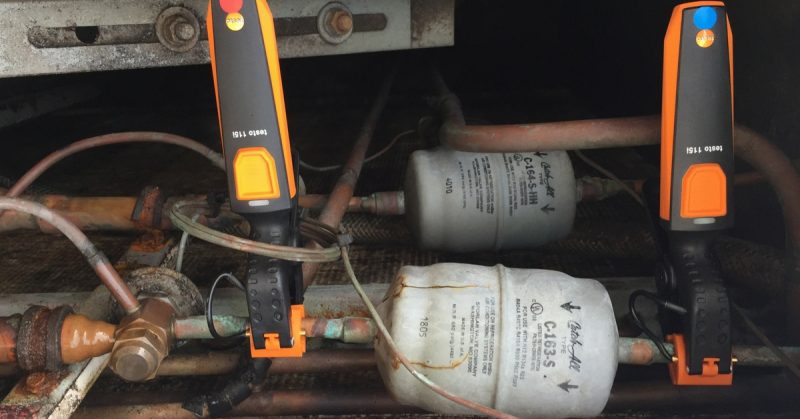 Some Important Terms to Know
In my recent classes with my employees at Kalos, we've been going over finding target pressures and temperatures for an air conditioning system. The goal has been to get techs to have “target” readings in mind before they start connecting tools. This step is an important part of being able to “check a system without […]
Read more 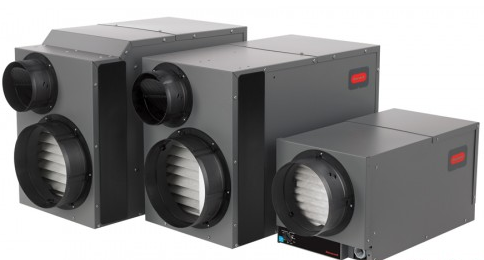 Dehumidifier Facts & Troubleshooting
This article is written by tech and business owner Genry Garcia from South Florida. I met Genry at a Solderweld demonstration, and he later offered to write this excellent article. Thanks, Genry! Though dehumidifiers have increased in popularity, thanks in part to the implementation of new building codes, they have become a kind of red-haired […]
Read more 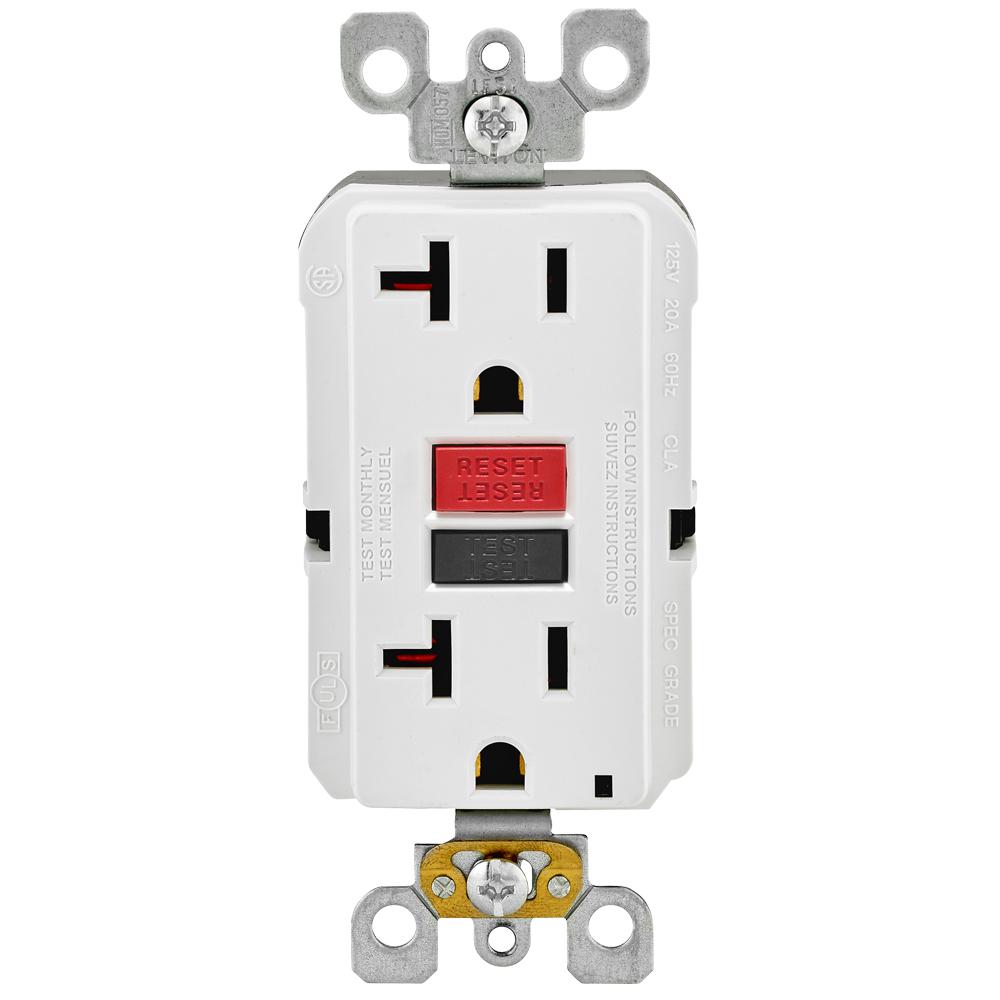 Tech Question - Why Do ECM Motors Trip a GFCI?
This question was submitted on the site in response to the recent GFCI tip. It's a good question with several possible answers. What do you think? Hey Bryan, I have had a few instances where we are firing off a furnace in a new build with a temporary power pole outside with gfci outlets installed […]
Read more
More tech tips
loading