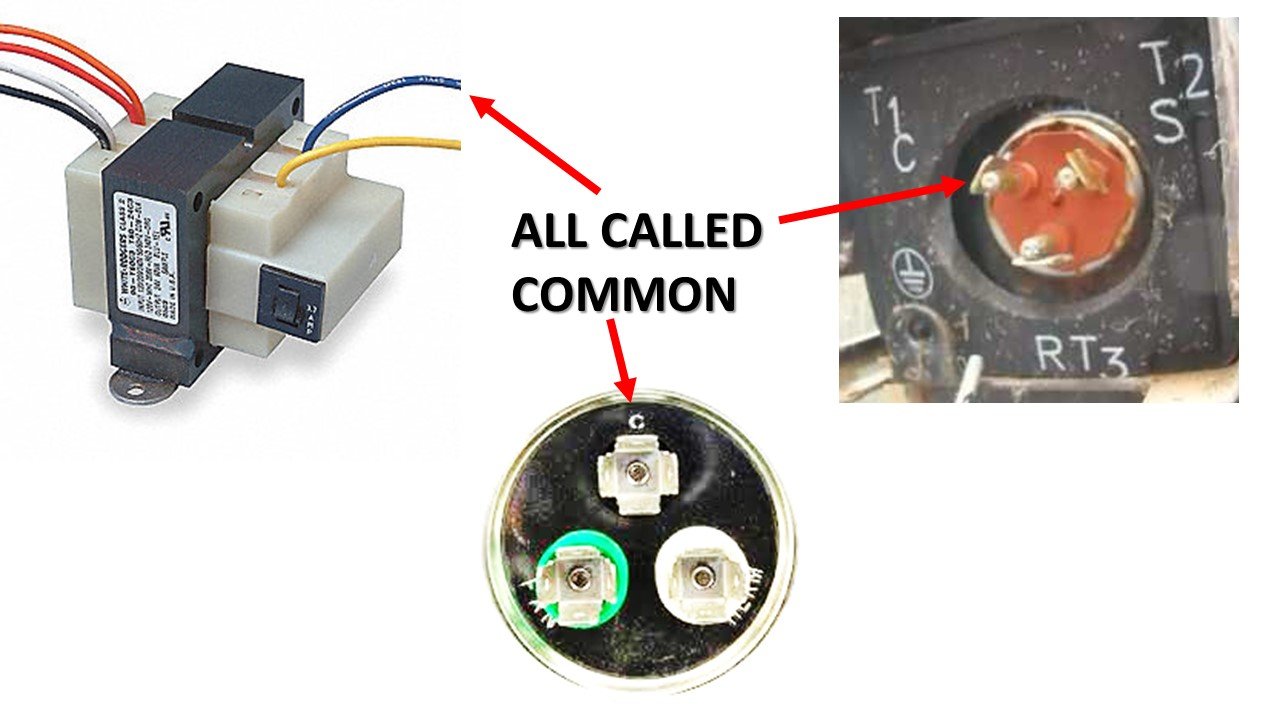 It stands to reason that they would both connect together, right?

They don't connect, and they aren't even related, at least not in the way you think.

In both cases, the C denotes a “common point” in the dual capacitor. It is the common point between the fan capacitor (fan) and the compressor capacitor (herm).

In the compressor, it is the common point between the run and start windings (this is why R+C + S+C = R+S if you ohm a compressor).

The C terminal of a dual capacitor is actually fed from the OPPOSITE leg of power as the C terminal on the compressor. That is because you must power the start and run windings with the same leg and common with the other leg.

A way to remember it is by memorizing:

The C terminal on a capacitor is actually the common feed for the start winding of the compressor and fan (OPPOSITE side from the fan and herm plates on the capacitor).

So, here are the compressor terminals:

With 208v or 240v circuits, the L1 and L2 high voltage incoming lines make no difference as to which one is which when you connect. You could swap them on the L1 and L2 on the contactor, and it wouldn't change anything. But once we decide which is connected to Run and which is connected to common on the COMPRESSOR, we need to hook the run side to capacitor C, not the compressor common side. 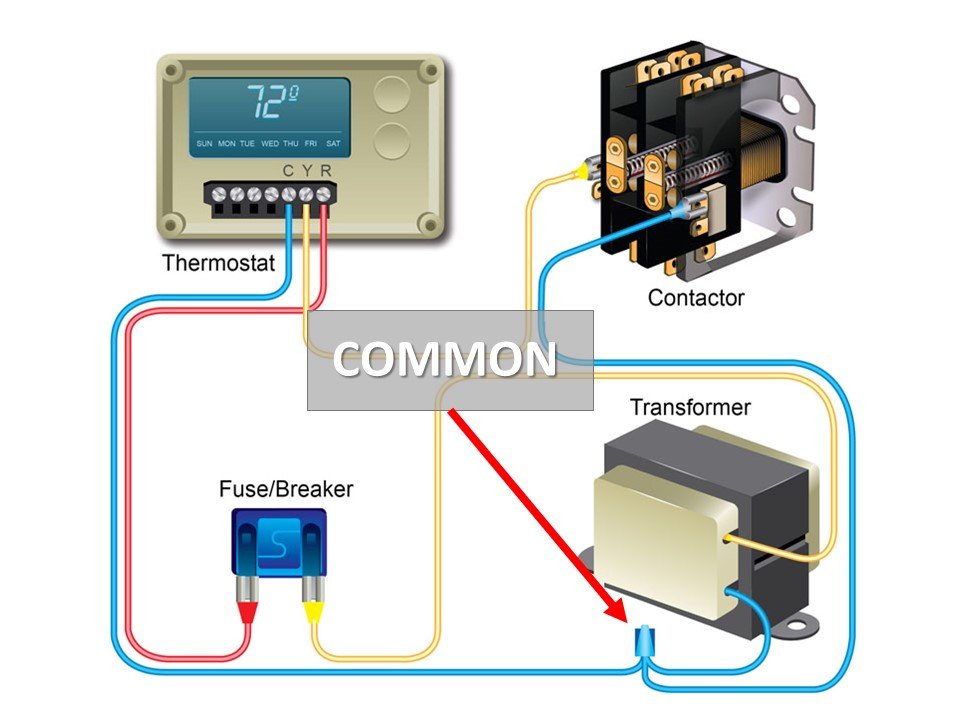 In other words, one side of the transformer is designated HOT because we connect it to the line side of our control switches (thermostats, defrost boards, safety circuits), and common is the common point where all the loads connect on the opposite side of the circuit from the line.

If you are new to the trade and see the designation C or the word common, don't assume it is the same as other C and common terminals and start connecting stuff together… Unless you like creating smoke. 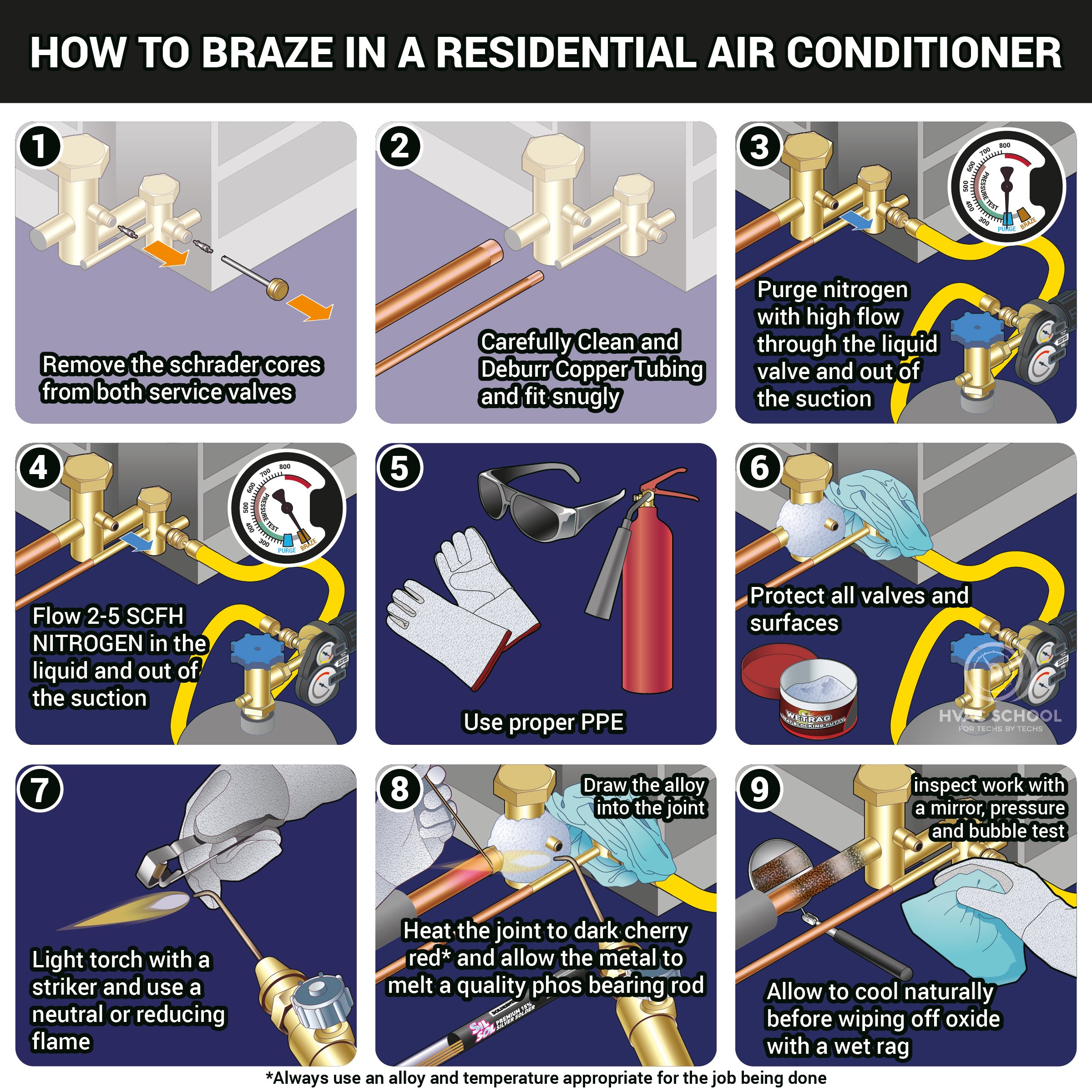 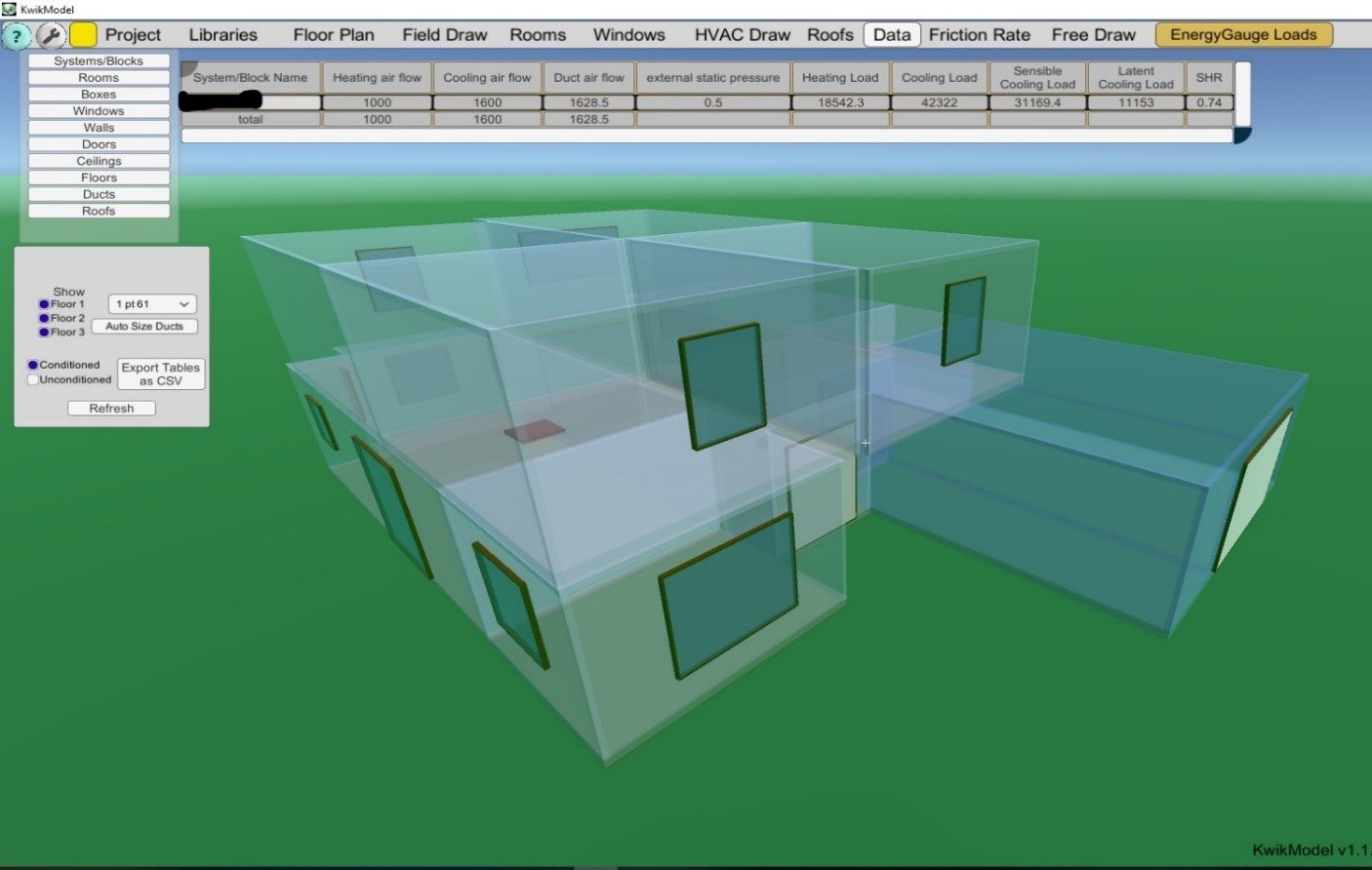 You Can’t Eat Soup with A Fork........
Not if you are hungry, anyways— A true story. I have a good friend who owns an HVAC company. Not much of a Ph.D., but he is known to be honest, doesn’t pull vacuums through manifolds, and claims to almost always use American-made capacitors. We’ll call him Captain Kirk. He called me recently, quite worked […]
Read more 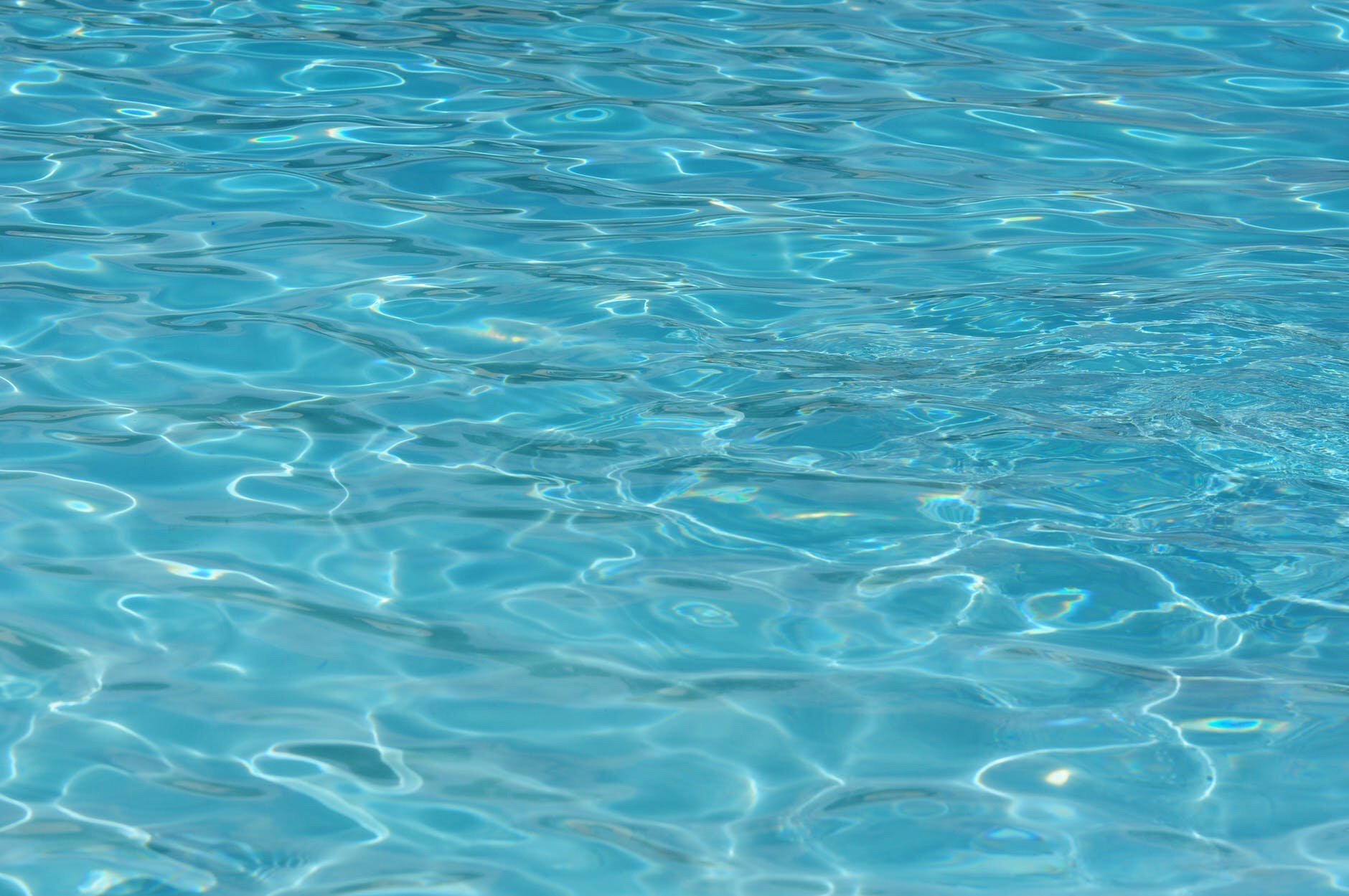 Pool Heater Water Flow Issues
As you may already know, we work on pool heaters at Kalos as a way of opening ourselves up to some extra business during the winter. We find that it's a worthwhile line of work, and it may be something that other residential HVAC companies may want to consider doing. This tech tip by Bert […]
Read more
More tech tips
loading