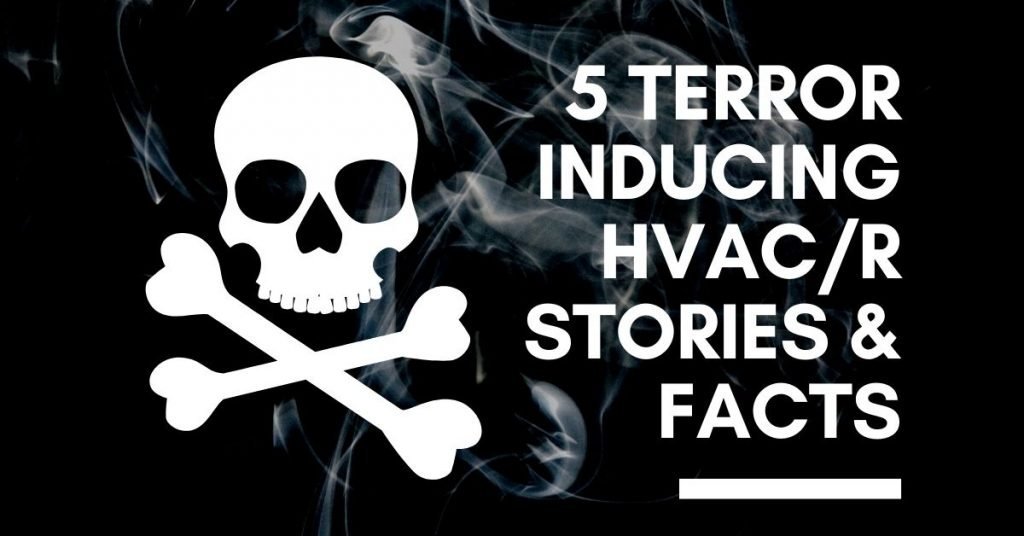 As the evening approaches on this All Hallow's Eve, Reformation Day, or Halloween (depending on your preference), let us take a moment to focus on some of the truly terrifying elements of our trade—because the scariest stories are TRUE.

The year was 1921, and a wealthy family purchased a new home in a quiet part of town. It was a large, old building, and the family was excited to live in such a majestic home.

The trouble started almost right away, and the lady of the home (referred to only as Mrs. H) began to recount her experiences in the home to her doctor in letters that were later published.

This house was lit by gaslights and had servants' quarters and passageways, a perfect house for a haunting. From Mrs. H’s account to her doctor:

“One morning, I heard footsteps in the room over my head. I hurried up the stairs. To my surprise, the room was empty. I passed into the next and then into all the rooms on that floor, and then to the floor above to find that I was the only person in that part of the house. Sometimes after I’ve gone to bed, the noises from the store room are tremendous, as if furniture was being piled against the door, as if china was being moved about, and occasionally a long and fearful sigh or wail.

“Sometimes as I walk along the hall, I feel as if someone was following me, going to touch me. You cannot understand it if you’ve not experienced it. But it’s real. As I was dressing for breakfast one morning, B, who is four years old, came to my room and asked me why I’d called him. I told him I’d not called him, that I’d not been in his room. With big and startled eyes he said, ‘Who was it, then, that called me? Who made that pounding noise?’

“I told him it was undoubtedly the wind rattling his window. ‘No,’ he said, ‘It was not that. It was somebody that called me. Who was it?’ And so on he talked, insisting that he’d been called and for me to explain who it had been.”

The hallucinations continued, with the family feeling the presence of the unknown. They experienced hauntings, rattling beds, lethargy, and temporary paralysis. Even the plants began to wither and die.

“Some nights, after I’ve been in bed for a while, I’ve felt as if the bed clothes were jerked off me. And I’ve also felt as if I’d been struck on the shoulder. One night I woke up and saw, sitting on the foot of my bed, a man and a woman. The woman was young, dark and slight and wore a large picture hat. I was paralyzed and could not move.”

After speaking with different people about their malady with the spirit realm, a relative suggested that they were being poisoned. He had heard similar accounts from people poisoned by combustion gases experiencing similar symptoms. 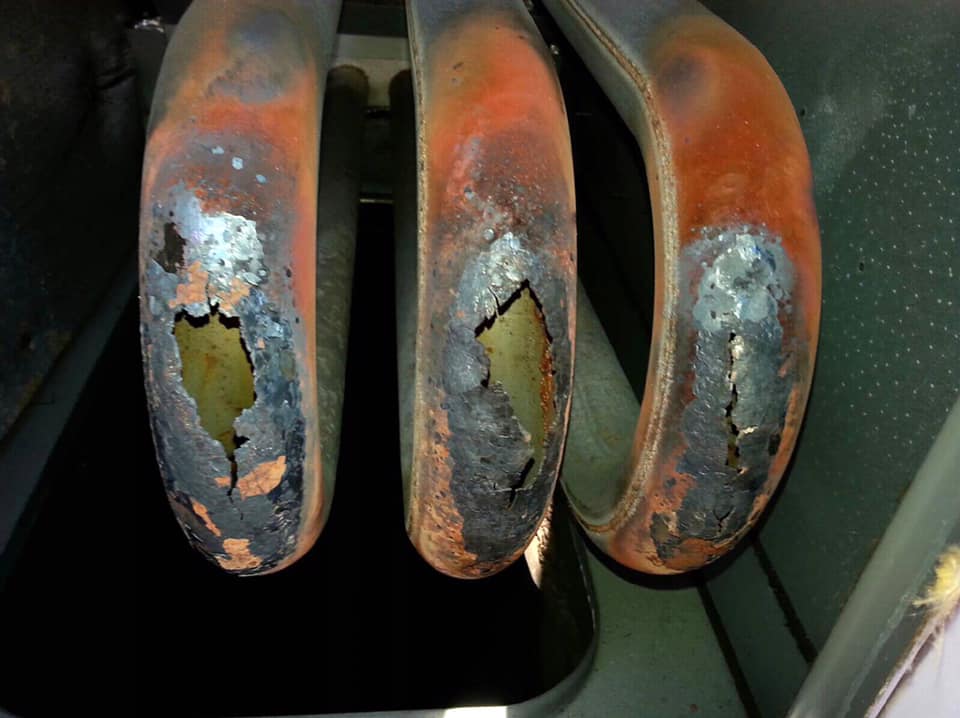 It turned out that the gas lighting and the furnace were dumping carbon monoxide into the home. As soon as the furnace was properly vented, their ghosts disappeared, and life returned to normal.

This story is one of my favorites from the podcast and radio show This American Life, which was brought to their attention by Albert Donnay, who is a toxicologist and CO expert.

It makes me wonder how many of the hauntings in these old homes are due to CO rather than the spirit realm. 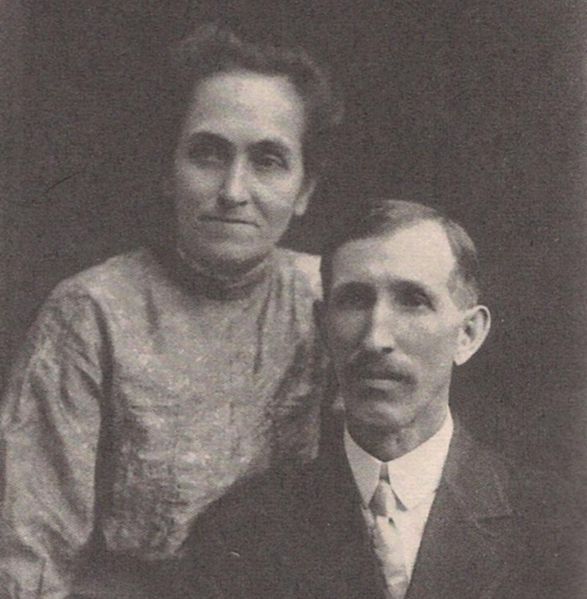 The year was 1938, and Walt Disney was just off of his first blockbuster success with his film “Snow White.”

Walt and his brother Roy decided to buy a new home for their parents in North Hollywood, finally moving them down from Oregon to be near their now-famous sons. In November of 1938, their mother complained to Walt that the furnace smelled strange, so he sent some of his studio repairmen over to have a look.

Several days later, the housekeeper found both of Disney's parents unconscious in the home, with their mother, Flora, dying shortly afterward. Their father recovered shortly after, but many accounts say that Walt never forgave himself and was later heard mumbling,

“I told those techs to buy a BluFlame combustion analyzer from TruTech Tools before they went out. Heaven knows they would have had significant savings had they used the coupon code getschooled at checkout!”

All of my facts in that story are definitely, 100%, maybe true. (Seriously, though, if you plan on shopping at trutechtools.com, use the code getschooled at checkout for a sweet discount.) 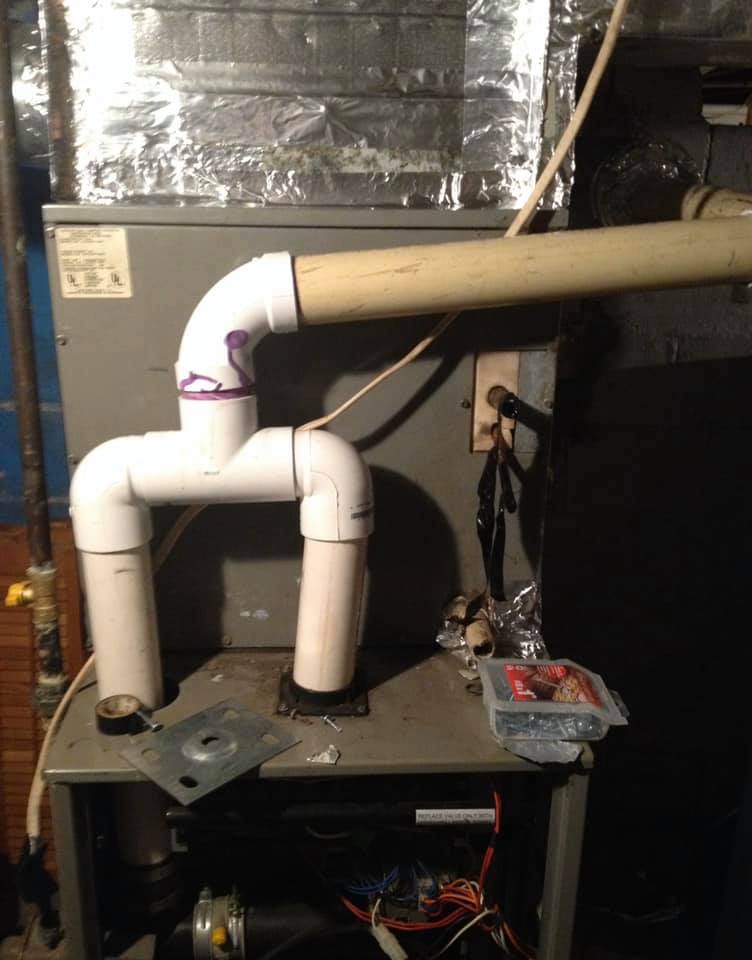 In all seriousness, testing combustion and using low-level CO monitors in homes and for yourself while working around combustion appliances can save many lives as well as undiagnosed illnesses and even a haunting now and then. See anything wrong with the furnace above? 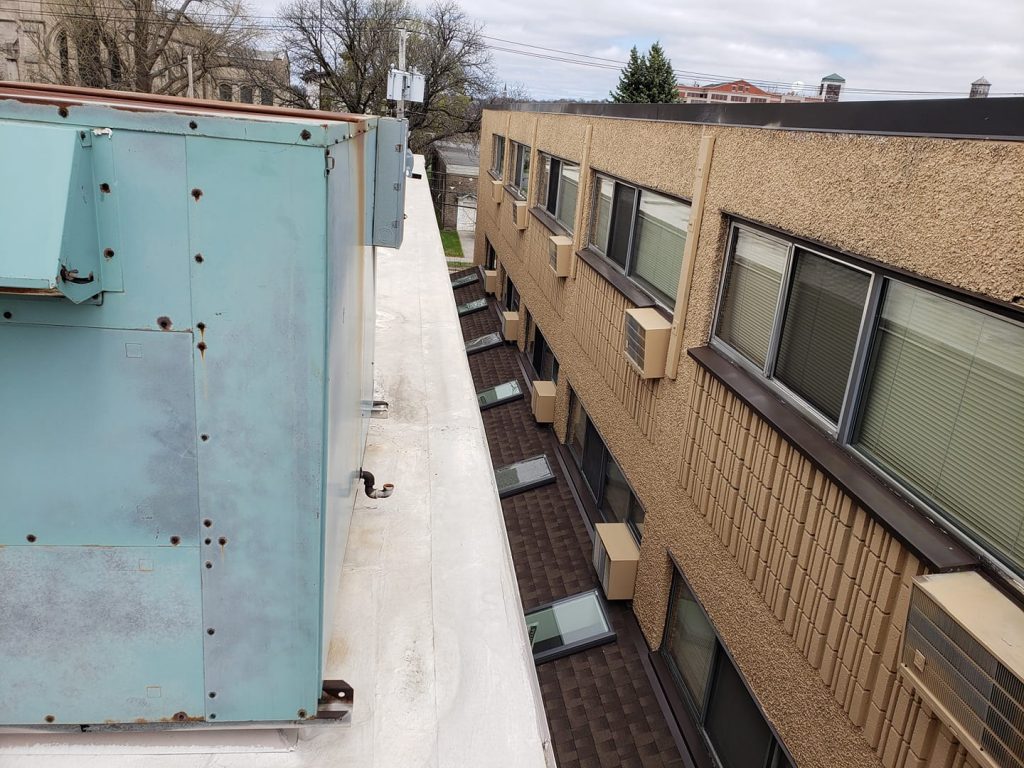 We were called out to a new high-rise condo building in our area to maintain a bunch of rooftop equipment and what we found was an acrophobic nightmare. No guard rails, no parapet wall—just equipment, with much of it a few feet from the edge with sure death awaiting below.

Our service manager promptly called the customer and let them know that we would be back once they had measures in place to make the equipment safe to service.

Guess what their response was.

Nobody else has a problem with it.

Whether it's equipment that cannot be safely serviced according to OSHA 1910.1, like the ones above, or extension ladders put up through scuttle holes 20′ straight up, we need to start making customers responsible for providing us with safe working conditions rather than just doing it because “Nobody else complained.” 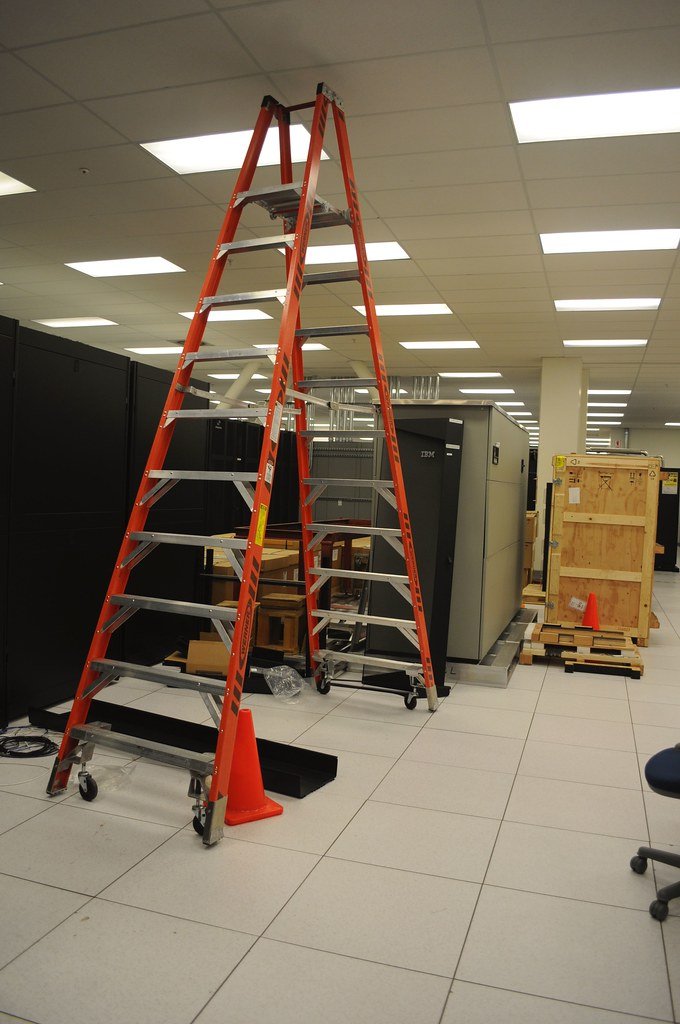 Maybe a harness tied off can work the first time until they get a proper permanent ladder or guardrail or WHATEVER WORKS, but just going back time and time again and putting ourselves in danger is the definition of insanity. 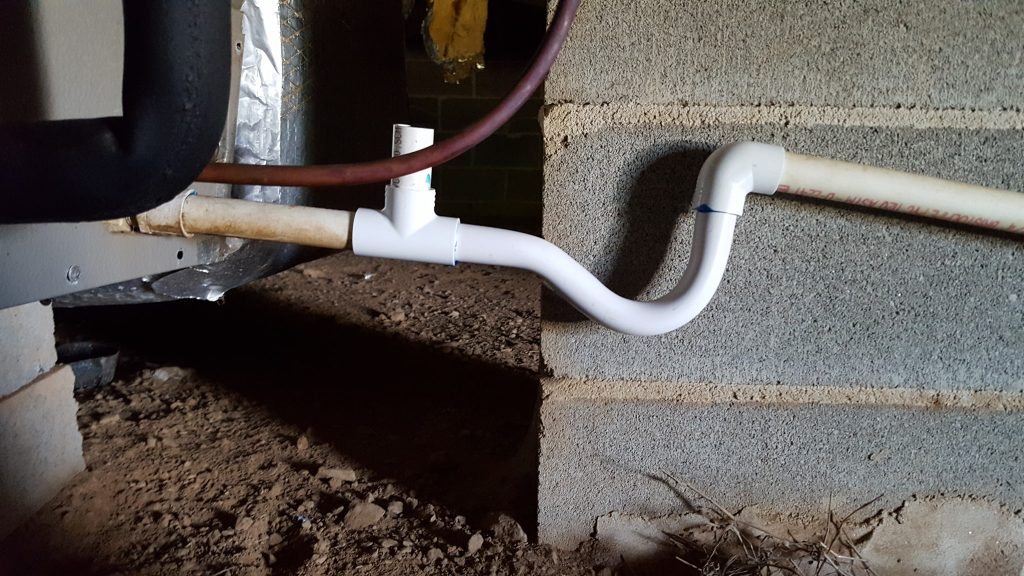 The pager went off at 2 AM. I was on call AGAIN because the guy who WAS on-call quit right in the middle of his week—he just couldn't take this thing beeping at all hours. I grabbed the on-call cell phone that was as long as your forearm and dialed the after-hours voicemail line. “YOU HAVE ONE NEW MESSAGE,” the familiar robotic voice chirped at me.

The man in the recording sounded panicked when he said,

“You were all out here earlier today and replaced an evaporator coil, and now my WHOLE CEILING JUST FELL IN!”

Well, it wasn't his ENTIRE ceiling—just a large portion of his master closet ceiling over his suits and ties and patent leather shoes. All of this happened because the tech out earlier that day hadn't paid attention to how he strapped the drain, and there was a newly formed sag, resulting in a double trap. Add in the fact that he had “moved” the pan switch out of the way and forgot to reinstall it properly.

You can prevent water damage, mold and mildew, lawsuits, and 2 AM service calls by paying attention to:

Many of the biggest nightmares in my career have been due to drain issues and moisture due to surfaces hitting dewpoint. Keep the moisture where it belongs, and the pager will stay quiet—who has pagers anymore anyway? 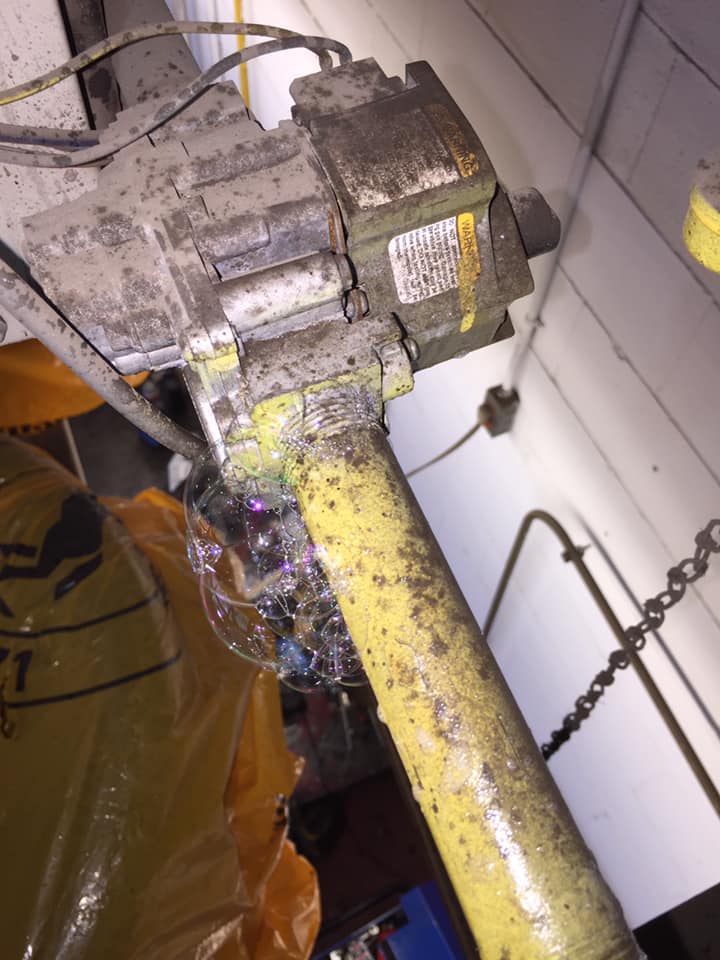 One evening, I was sitting on the couch watching football when my oldest son, who rarely has much to say, piped up and said,

“Dad, what happens if you test gas pressure and forget to put the plug back in?”

The hair raised on parts of me where hair shouldn't raise.

It turns out he was just curious and hadn't actually forgotten to put the test plug back in on a valve. However, it did get me thinking that there is nothing quite so scary in our trade as a combustible gas leak and none more terrifying than “forgetting” something that critical.

When working on gas appliances, always make sure to leak check connections and for gas bypassing the valve during the off cycle using a combustible gas leak detector. Trust your nose as well; if you smell gas odorants, then investigate.

Don't forget to put the little plug back in after testing the gas pressure.

Also, watch out for razor blades in your apples tonight—or better yet, don't eat fruit being handed out during Halloween. What sort of demented psychopath hands out fruit on Halloween? 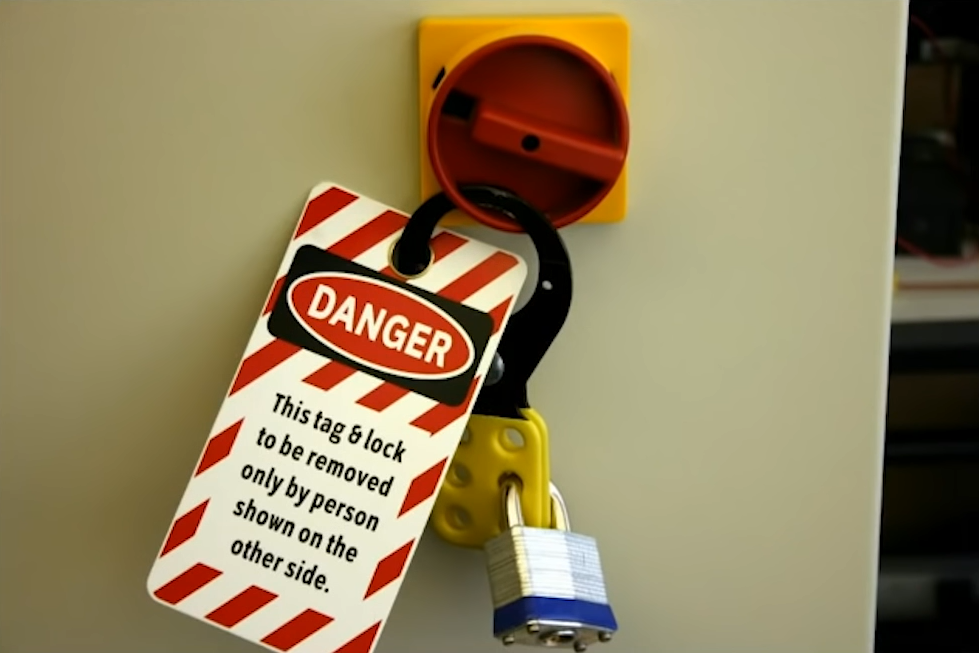 Lockout/Tagout Basics
DISCLAIMER: HVAC School is NOT an official OSHA safety training resource! Although we provide safety tips in good faith, our website is not a substitute for safety training from an authorized OSHA training source. Locking out and tagging equipment is one of the most basic safety procedures in general industry and maintenance work, especially in […]
Read more 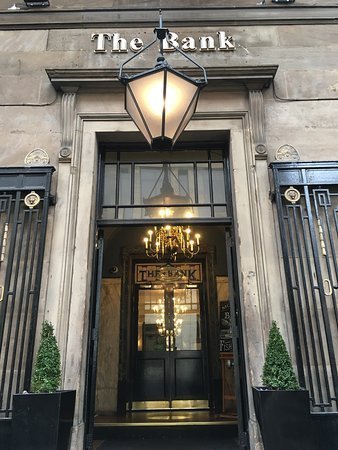 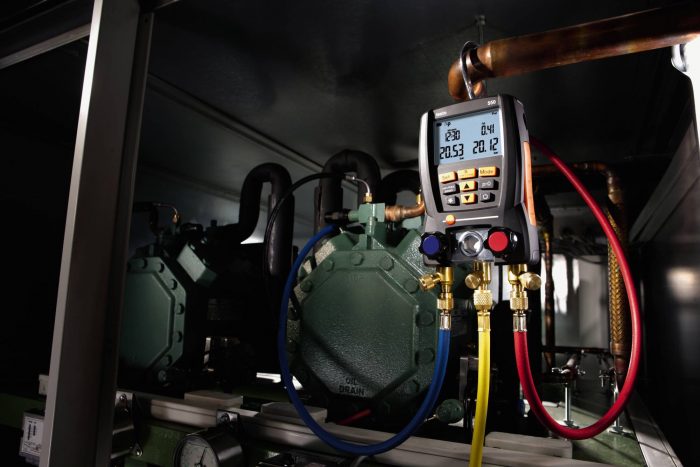 Purge Your Hoses
The title says it all. It should be one of the first things you learn when you started. However, I have seen a lot of experienced techs who seldom (if ever) do it. When connecting to a tank, purge your hose by cracking the center connection at the manifold for a second. When connecting to […]
Read more
More tech tips
loading