5 Capacitor Facts You Should Know 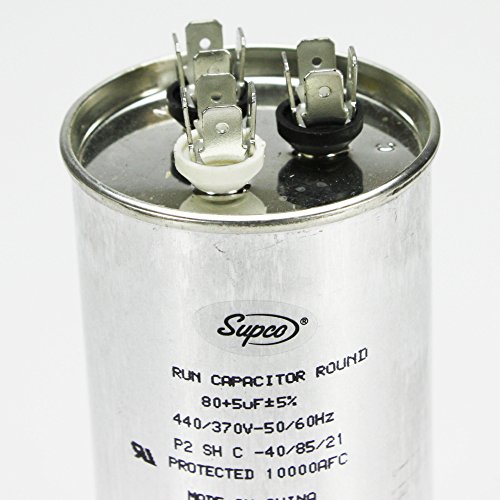 One of the most common parts to fail on a single-phase HVAC system is the run capacitor, so much so that we sometimes refer to junior techs as “capacitor changers.” While capacitors may be easy to diagnose and replace, here are some things many techs may not know:

A capacitor is a device that stores a differential charge on opposing metal plates. While capacitors can be used in circuits that boost voltage, they don't actually increase voltage themselves. We often see higher voltage across a capacitor than the line voltage, but this is due to the back EMF (counter-electromotive force) generated by the motor, not the capacitor.

Current Doesn't Flow Through The Capacitor, Just in and Out of It

Techs notice that the one side of power is connected to the C terminal, the side opposite the run winding. Many techs imagine that this power “feeds” into the terminal, gets boosted or shifted, and then enters the compressor or motor through the other side. While that may make sense, it isn't actually how a capacitor works at all.

A typical HVAC run capacitor is just two long sheets of really thin metal, insulated with an insulation barrier of very thin plastic and immersed in oil to help dissipate heat. Just like the primary and secondary of a transformer, the two sheets of metal never actually touch, but electrons do gather and discharge with every cycle of the alternating current. For example, the electrons that gather on the “C” side of the capacitor never go “through” the plastic insulation barrier over to the “HERM” or “FAN” side. The two forces attract and release in and out of the capacitor on the same side they entered.

That is why oversizing a capacitor can quickly cause damage to a compressor. By increasing the current on the start winding, the compressor start winding will be much more prone to early failure.

The Voltage Rating is What it Can Handle, Not What it Will Produce

You Can Test a Capacitor While the Unit is Running

You simply measure the current (amps) of the motor start winding coming off of the capacitor and multiply it times 2652 (on 60 Hz power; 3183 on 50 Hz power). Then, divide that number by the voltage you measure across the capacitor. For a full write-up on the process, you can look HERE. 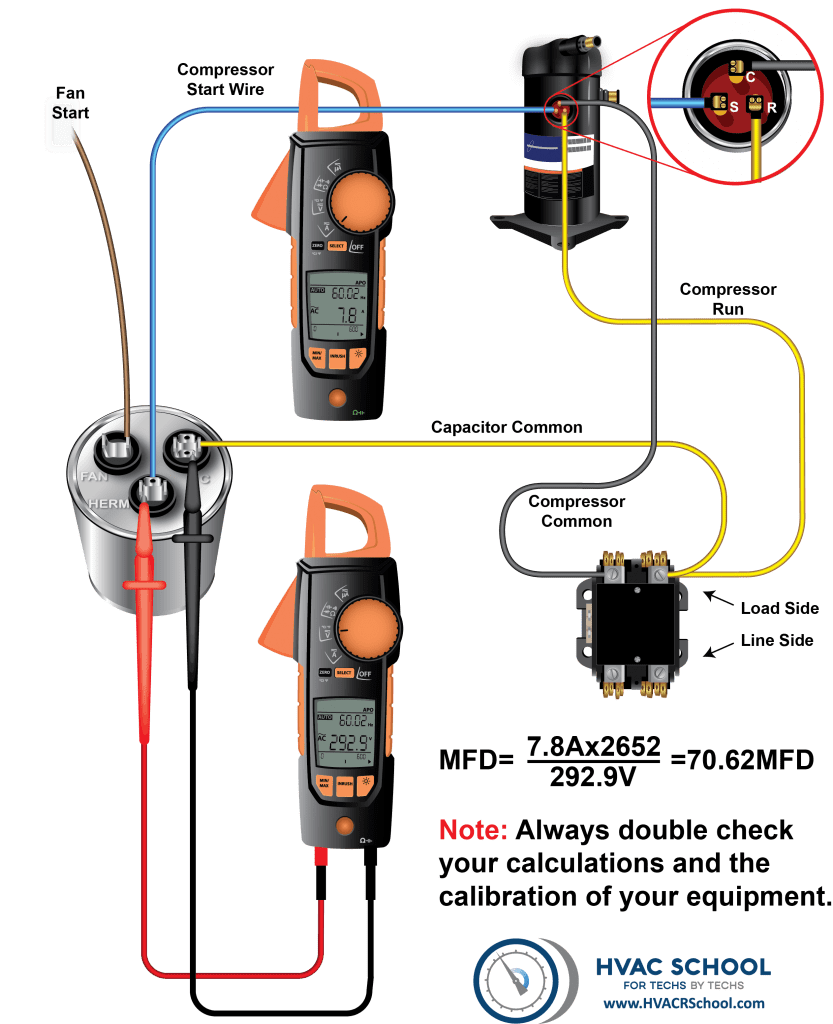 21 responses to “5 Capacitor Facts You Should Know”

Fancy Refrigerant Words
The HVAC industry uses all sorts of fancy words to classify refrigerant. As such, there are all sorts of complicated refrigerant acronyms: HFC, HCFC, CFC. Let's also not forget the mythical zeotropic, azeotropic, and near-azeotropic descriptors. Let's simplify those. (Though if you want to go back to the basics first, check out this article on […]
Read more 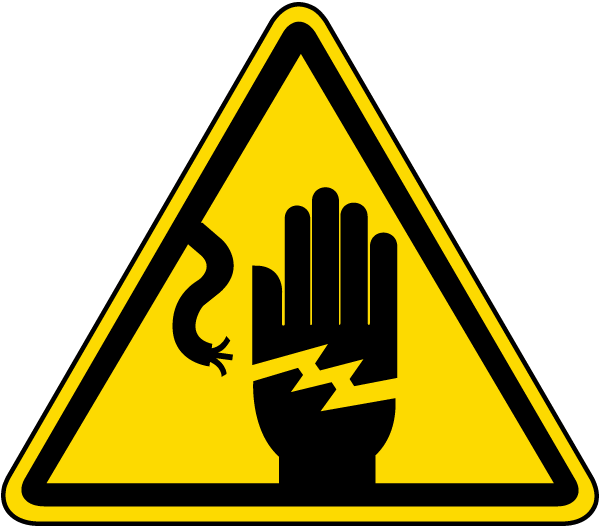 Electricity and the Heart
This article was inspired by an email we received from a viewer of our HVAC School YouTube channel, Jim Holbrook. Thank you, Jim! Disclaimer: This article is written to help educate you and hopefully save lives. We are NOT an authority on the topic. OSHA, as well as company best practices and risk assessments, should […]
Read more 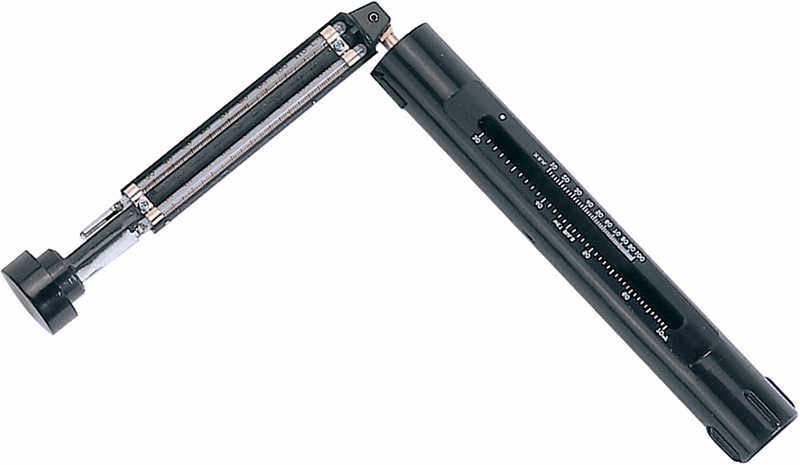 RH, DB, and WB
I recently received a message asking for a discussion of relative humidity (RH), wet-bulb (WB), and dry-bulb (DB). Time and time again, I hear techs say that condensation occurs when “hot meets cold,” which may be true in some cases. However, that is only a shorthand way to describe it and doesn't really address what […]
Read more
More tech tips
loading