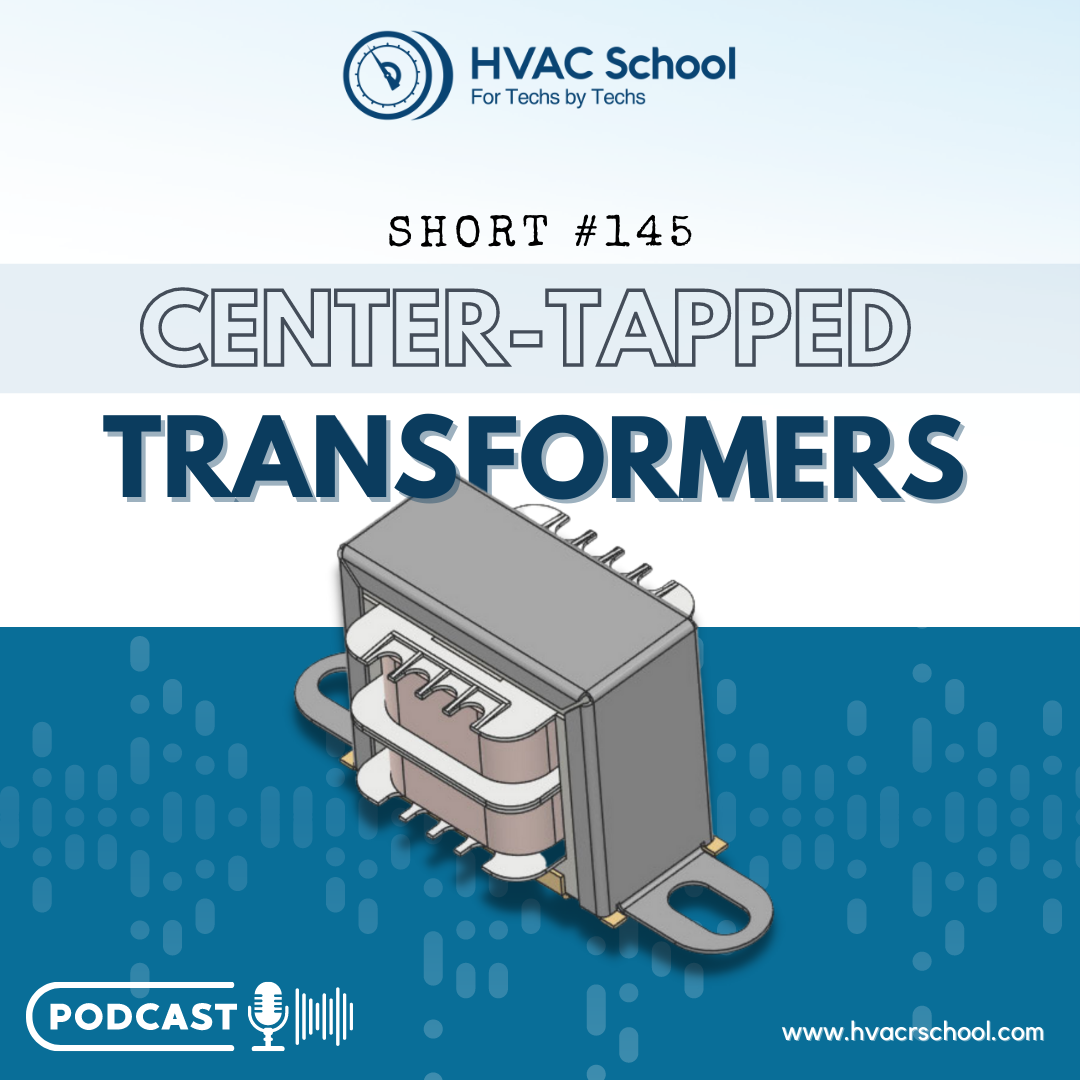 In this short podcast episode, Bryan talks even more about sine waves and center-tapped transformers.

Power is generated at the power plant when an energy source (such as steam) is used to drive a drive shaft. The resulting current can be mapped as sine waves, which actually represent points on a circle; there is a rotational magnetic field around stationary conductors, and the sine waves allow us to envision the positive and negative alternations as the rotation happens.

Even though the split-phase power consists of two separate sine waves, an oscilloscope would interpret the voltage as a single up-and-down wave with a higher peak and a lower valley. Center-tapped transformers do not necessarily create another phase of power; they merely turn neutral into a reference. If we were to measure that split-phase power as a single 120v sine wave with an oscilloscope, we would have to use neutral as our reference. To measure the separate sine waves for a total of 240v, we would need three probes: a reference at neutral and one reference on each side.

Many European countries only use a single sine wave; center-tapped transformers are not commonplace in those countries, and neither is split-phase power. However, the split-phase power in the USA allows for more versatility; we can supply power to 120v appliances where we would otherwise need to use 240v ones.